Not entirely the first time we’ve seen this but in the comeback hall of fame, this is definitely somewhere close to the top.

It went viral again after it was shared by Redditor esberat who said: ‘This is always good for a laugh.’ 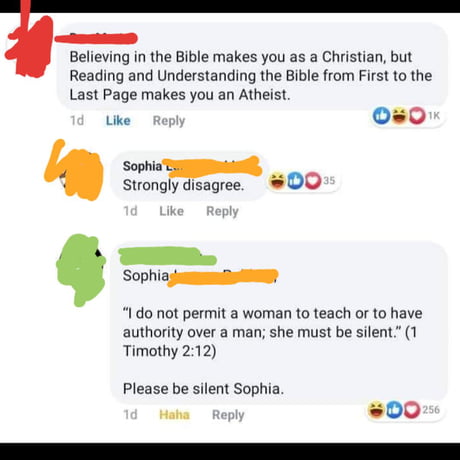 Oof. And it took us back to this one from a while ago which is different but similar. 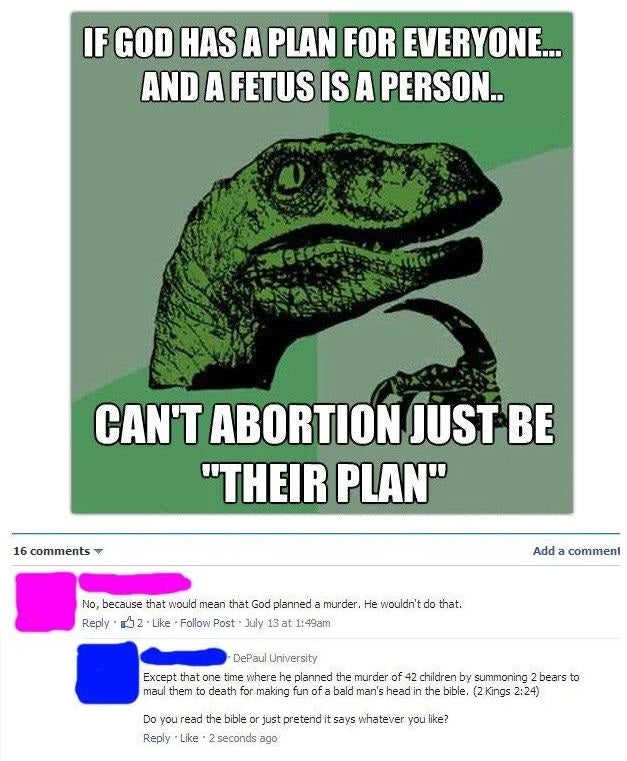 ‘No, because that would mean that God planned a murder. He wouldn’t do that.’

‘Except that one time where he planned the murder of 42 children by summoning 2 bears to maul them to death for making fun of a bald man’s head in the bible (2 Kings 2:24). Do you read the bible or just pretend it says whatever you like?’

Facepalm of the day