Billie Eilish broke the internet last week with her viral photo shoot for British Vogue which the magazine said would show us the singer ‘as we’ve never seen her before’.

We mention it because it turned out not everyone approved including – you guessed it – the Daily Mail, which reacted like this (well, one of its stories did).

And it didn’t go unnoticed by Emily Clarkson, who fixed the Mail’s headline for them in a post that was subsequently shared by Eilish herself on her Instagram Story. 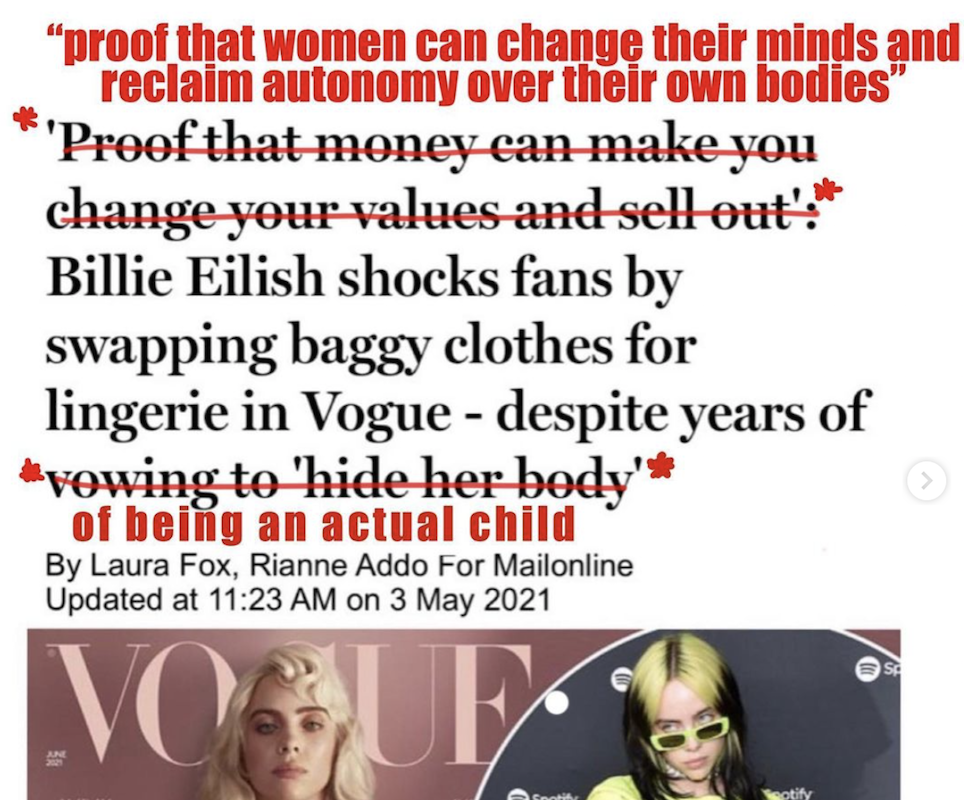 … and here’s what Clarkson had to say in full.

‘Honestly where do you start on this?? We collectively GASPED at the strength emanating from Billie in those Vogue images. Full fucking POWER a woman standing up with total body autonomy and showing herself to the world in the way that SHE wanted to.

‘She hid her body for years because she didn’t want to be sexualised. She made this decision when she was a CHILD. Because she knew what grownups can be like. These decisions are ones we have all made – “school skirts mustn’t be too short or else they’ll distract the boys!!” She went to those lengths because she had to. But this society – this perverted, fucked up place, couldn’t let that be and they hounded her until they got photos of her body which they published without her consent. Those photos BLEW UP! The news was everywhere. Woman has body!!! It was like she asked us not to sexualise her and they took it as a challenge.

‘And now she’s a legal adult and she’s made another decision because that is what grownups are allowed to do (!!!!) and all of a sudden she’s a hypocrite going back on herself (note use of the word VOW, implying she’s committing some mortal sin and letting her fans down). An EXTRAORDINARY accusation when you really think about the fact she is literally 19. I didn’t wanna be sexualised in my school uniform (it happened anyway) but because of that I’m not allowed to ever claim any autonomy over my own body or embrace any sort of femininity?? What an extraordinary way to manipulate quite a reasonable request. This society is nuts. Keep an eye on it x

‘EDIT- the DM have subsequently changed the byline of this as Rianne and Laura were not the original authors.’

These three comments on Clarkson’s post pretty much sum up what everyone made of that.

And here’s another Mail headline about Eilish, this one from last year, given the Clarkson treatment. 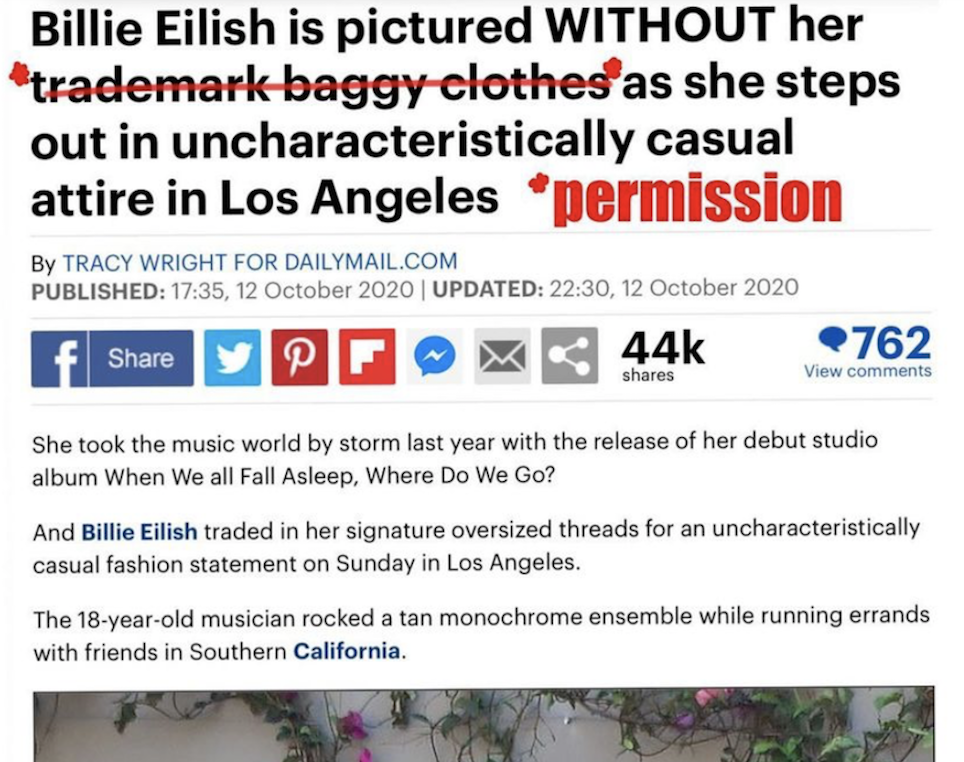 Back to the singer herself.