To be filed under ‘it’s on Wikipedia so it must be true’ comes this theory about haunted houses which we hadn’t come across before.

And by the looks of the love it was getting on Reddit, we’re not the only ones.

“Haunted” houses are just a cause of carbon monoxide poisonings,’ said Redditor harveyxvi who shared it. 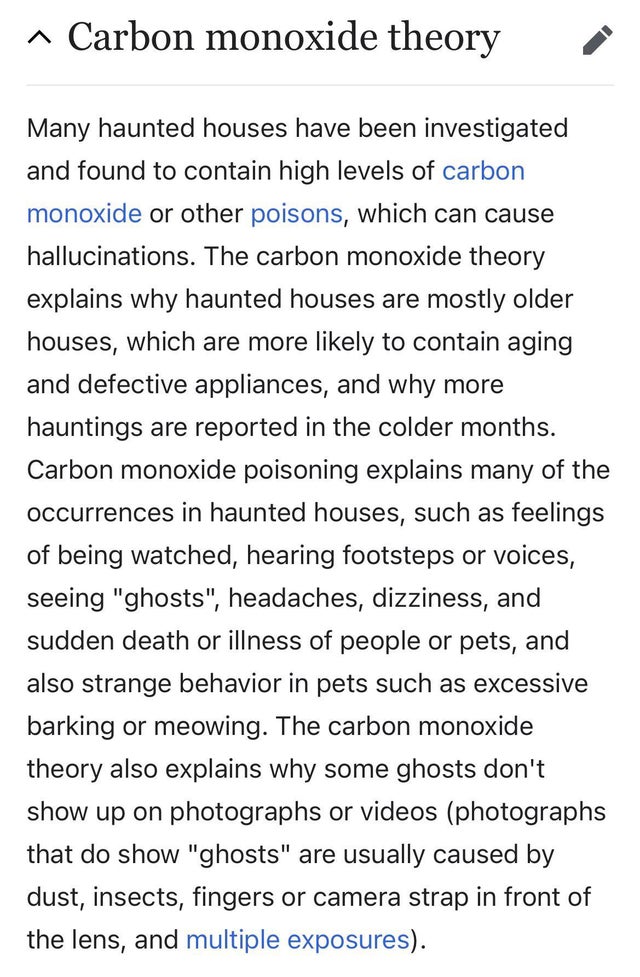 Not only is it an entirely convincing theory (well, maybe) it also prompted some very funny comments. Here are our favourites.

‘It would be fucking hilarious if it turned out Ghosts were real but needed to sustain themselves with Carbon Monoxide.’ Gnomin_Supreme

‘Nice try, ghosts. I’m not going to let my guard down just because you learned to use Reddit to try to throw me off.’
Nicod27

‘For a moment I thought this was talking about staged haunted houses for Halloween and that they were using carbon monoxide to make them a scarier experience for the paid guests.’ createdamadman

And there was also this.

‘Anyone remember ol mate on here that said he kept finding random notes around his house but lives alone and had no idea where they were coming from… Then another Redditor figured out it was him leaving the notes for himself, but was getting carbon monoxide poisoning and forgetting about them … Dude saved ol mates life!!’ MagicOrpheus310