The Yorkshire village of Cornholme has a little community-run free library where residents can not only borrow items but drop off books that they think others might want to read.

But it’s fair to say that not everyone is happy with the sort of thing that people are bringing along. We know this because they left a note that went wildly viral after it was shared by on Twitter by @JaneSamuels. 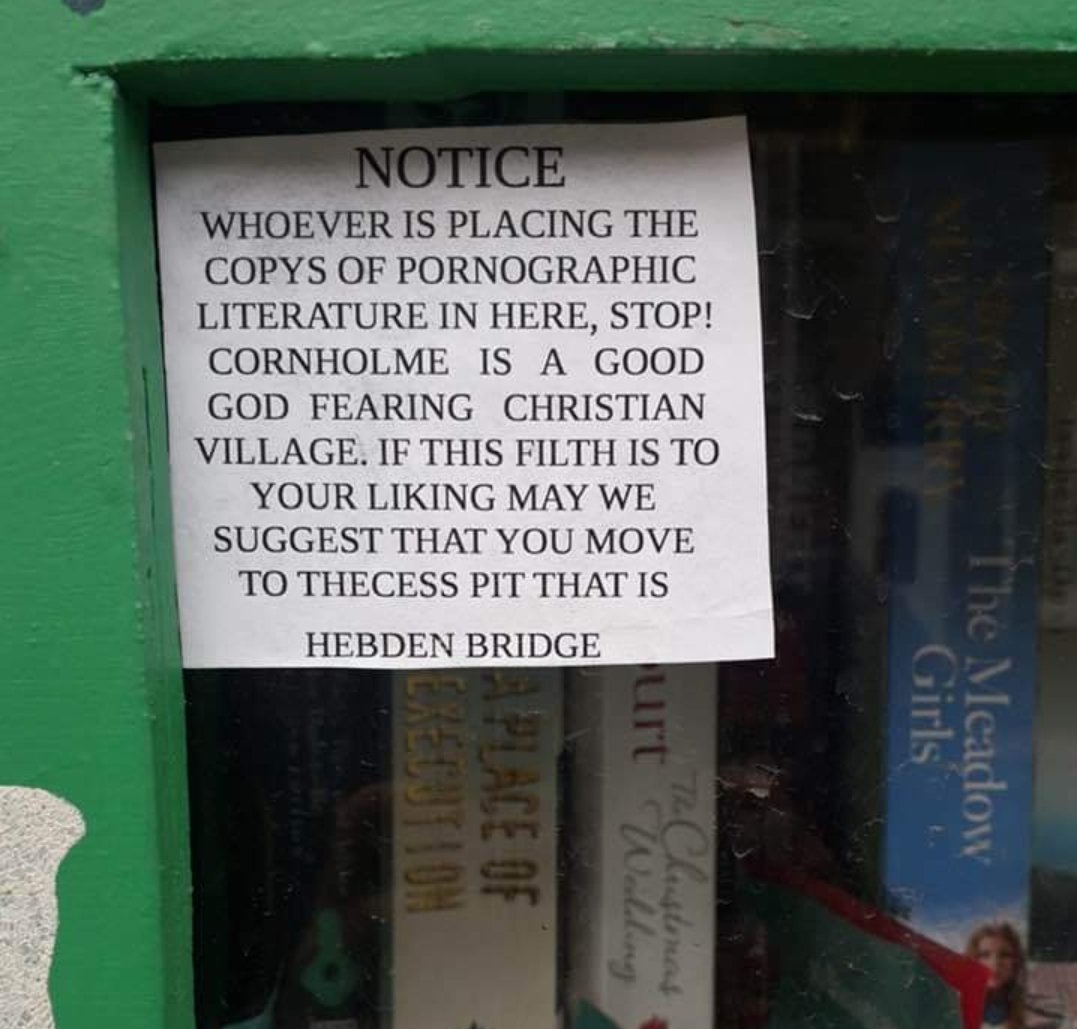 “Whoever is placing the copies of pornographic literature in here, stop! Cornholme is a good God-fearing Christian village.

“If this is to your liking may we suggest that you move to the cesspit that is Hebden Bridge.”

We don’t know anything about Cornholme and only a little bit about Hebden Bridge, but now we want to know more, a lot more.

And here are just a few of the many, many things people were saying about it.

Paid for by the Hebden Bridge Tourist Board.

All the housewives trying to dump their Fifty shades trilogies,haha

Sodom and Gomorrah but with mills and crystal shops.

And here it is, the ‘cesspit that is Hebden Bridge’.

Look at this den of iniquity and low morals: pic.twitter.com/1jR3UVqiFS

For anyone in the area wanting to go to Hebden Bridge pic.twitter.com/mDGK7JMZPN

Was it a joke? Well, maybe.

FYI, I’m not convinced this isn’t a joke (we also had a fake McDonalds and some very funny blue plaques about the place for a while).

But we love it either way.