Over on the film-rating site, Rotten Tomatoes, Orson Welles’ 1941 masterpiece, Citizen Kane, has long enjoyed a rare 100 per cent approval score, and is widely considered to be the greatest film of all time.

Unfortunately for its legacy, a bad review from the Chicago Tribune has recently resurfaced, reducing the film’s rating to – shock, horror – 99 per cent. 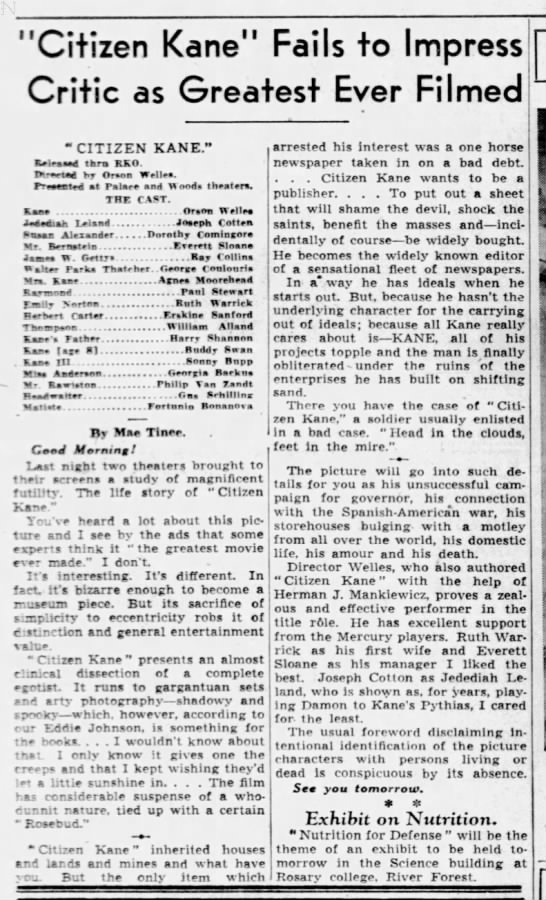 ‘its sacrifice of simplicity to eccentricity robs it of distinction and general entertainment value.’

Luckily, a new ‘greatest of all time’ was waiting in the wings.

The news didn’t go down too well in some quarters.

Thanks to Rotten Tomatoes, instead of studying Citizen Kane, Casablanca, and The Godfather in film school, students are now required to study Paddington 2, Toy Story 2, and Man On Wire: the films with the highest 100% to number of reviews ratio

But the triumph of Paddington 2 was met with jubilation elsewhere.

if you’ve actually seen Paddington 2, you wouldn’t see anything crazy about this at all https://t.co/NTVZKKrSkw

finally something that makes sense https://t.co/oWyqcyj9Ka

Paddington 2 is a masterpiece 🍿 pic.twitter.com/PbuJVQcBUY

I'm sorry but did Citizen Kane have a scene where a talking bear gives a man a haircut using marmalade as shaving cream?

Then sit the fuck down, Citizen Kane. https://t.co/RBqvrXC0tP

please don’t misinterpret the adjusted Rotten Tomatoes rankings to mean that “Paddington 2 is now the best movie of all time.”

Paddington 2 *already was* the best movie of all time. thank you. https://t.co/TmEbjUrWOA

If this happens, we hope Happy Toast gets a writing credit.

Anyone here working on Paddington 3? Can you squeeze in a scene where he walks past a cinema, sees a Citizen Kane poster and asks someone if it's good? With the person replying saying "I've seen better."

It seemed a little odd that the bad review should suddenly resurface – but there might be an explanation.

Found a picture of the critic who wrote the negative CITIZEN KANE review pic.twitter.com/3UEzmRyf3g

I do hope Mr Kane won't be too upset when he hears I've overtaken him with rotten tomatoes.

As thoughtful as ever.

And the Oscar goes to …Francesca Scorsese’s TikTok of her dad, Martin, naming ‘feminine items’