Leading contender for comeback of the week is this lovely response to an over-excited American.

‘USA! USA! We’re number 1… except when it comes to medical expenses,’ said Iangator who shared it over on Reddit. 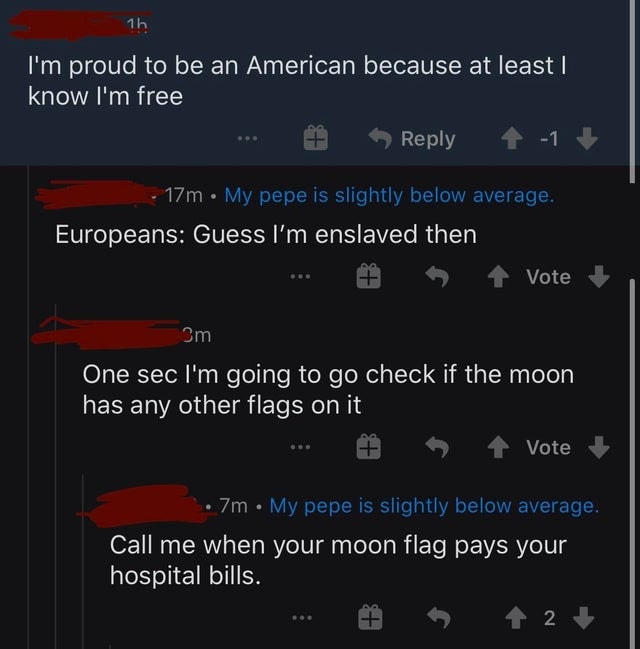 ‘Isn’t the Apollo 11 flag white at this point?’ WowSuchEmptyBluh

‘Ya, it was also knocked over by the rocket blast during lunar liftoff. But America put 6 flags up. They think the other 5 are still standing.’ sk8thow8

‘Do you think he was embarrassed when he checked the moon and found that the Soviet Union, China, India, Japan and the entire European Union also have flags on it?’ stevenwe

“When he checked the moon” umm-wut

This ‘weird chocolate’ story wins Facepalm of the Day