Don’t get me wrong, I too have taken recreational drugs in the past. But never immediately before appearing on national television. pic.twitter.com/7ZDNBNHKCD

She responded by doing this. 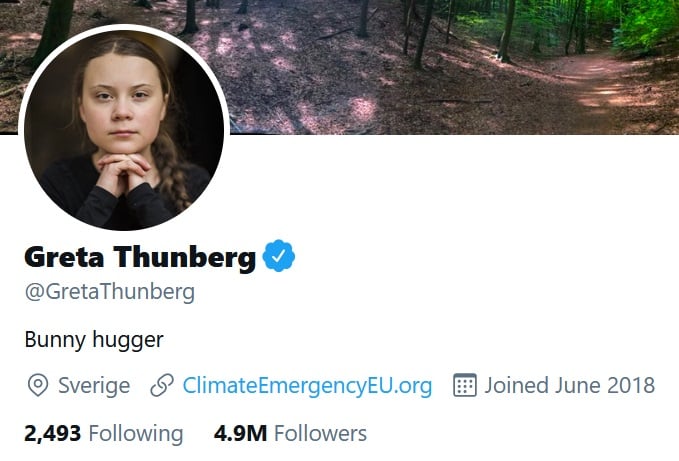 And it got us thinking about all the other times she has owned the so-called great and the good. Here are our 7 favourites.

When Donald Trump left the White House for the last time

He seems like a very happy old man looking forward to a bright and wonderful future. So nice to see! pic.twitter.com/G8gObLhsz9

And just in case you don’t know what she’s referring to, here’s what Trump said about Thunberg back in 2019. 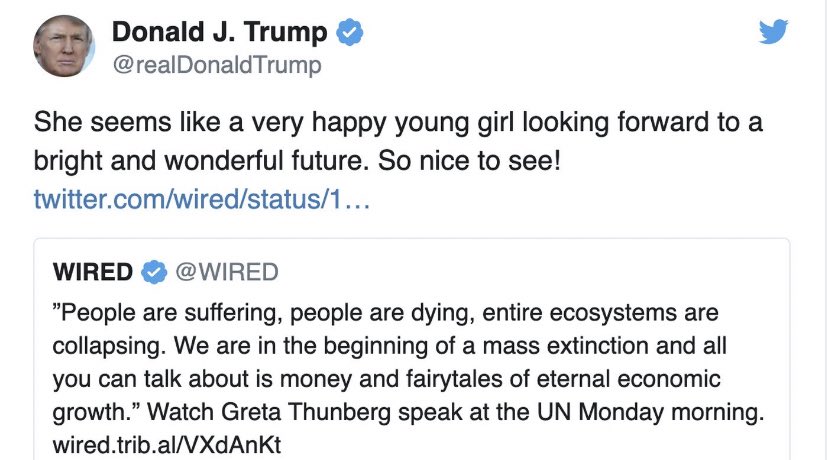 On the news that pollution is ‘shrinking human penises’

Human penises are shrinking because of pollution, warns scientist https://t.co/EnWN7uH9gG

See you all at the next climate strike:) https://t.co/4zgekg5gd0

Her subtle (but brutal) trolling of Home Secretary Priti Patel over the policing bill making non-violent protestors who cause “serious annoyance or serious inconvenience” subject to a fine or up to 10 years in jail. 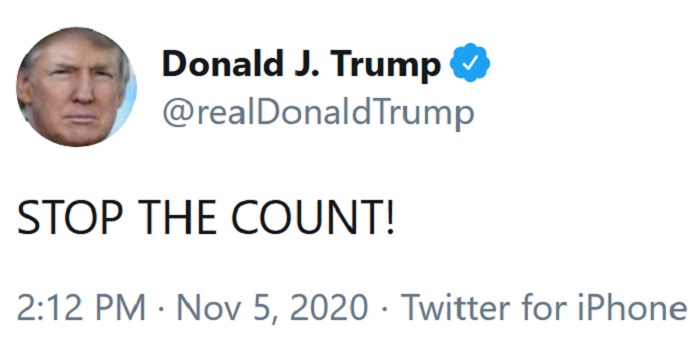 So ridiculous. Donald must work on his Anger Management problem, then go to a good old fashioned movie with a friend! Chill Donald, Chill! https://t.co/4RNVBqRYBA

And another reminder (just in case …) here’s what Trump said about her after she won Time magazine’s person of the year. 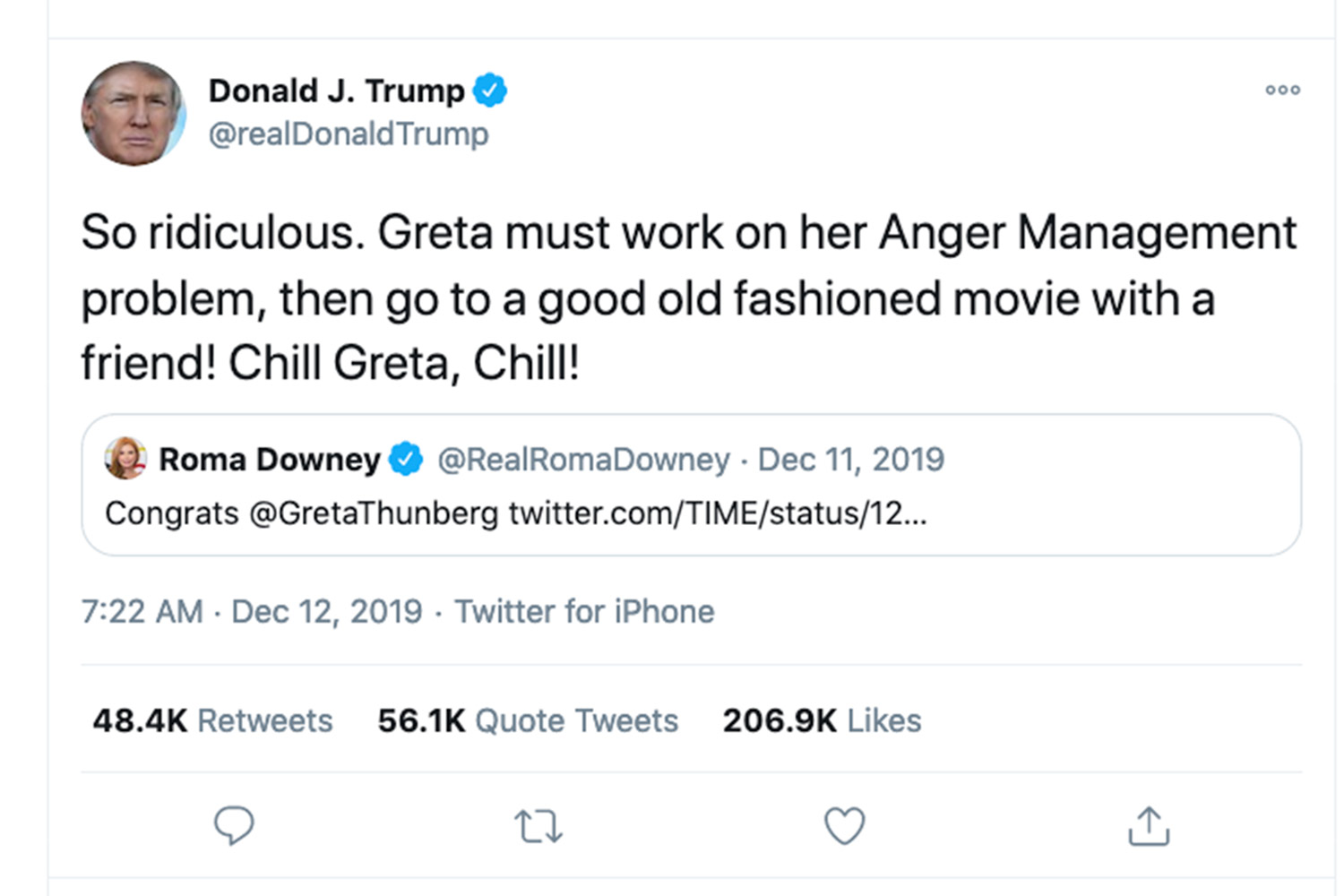 This Halloween outfit which was simple but very effective

So today is Halloween. I don’t celebrate it back home, but I thought I might give it a try.
And apparently when it comes to scaring a bunch of angry climate crisis deniers – I don’t even have to dress up!! #trickortreat pic.twitter.com/Nt6CHRU3Q8

When Meatloaf – okay, we really might be stretching the ‘great and the good’ bit here – said she had been “brainwashed into thinking that what she is saying is true”.

It’s all about scientific facts.
And that we’re not aware of the situation.
Unless we start to focus everything on this, our targets will soon be out of reach. https://t.co/UwyoSnLiK2

Her response to Vladimir Putin

‘No one has explained to Greta that the modern world is complex and different’: Putin dismisses climate activist as a kind but poorly informed teenager https://t.co/1LFNlsi0FF pic.twitter.com/0mOkK5OvKm 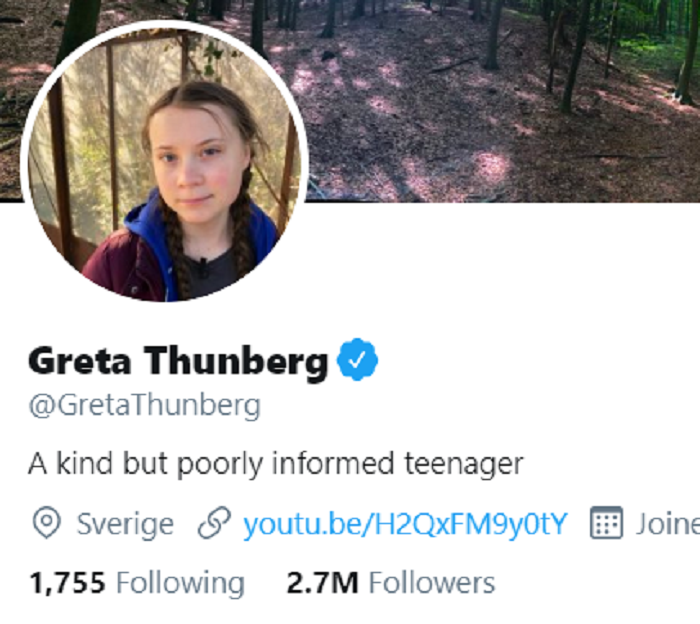 And finally, not a burn, just very, very funny.

When this happened on Celebrity Mastermind … 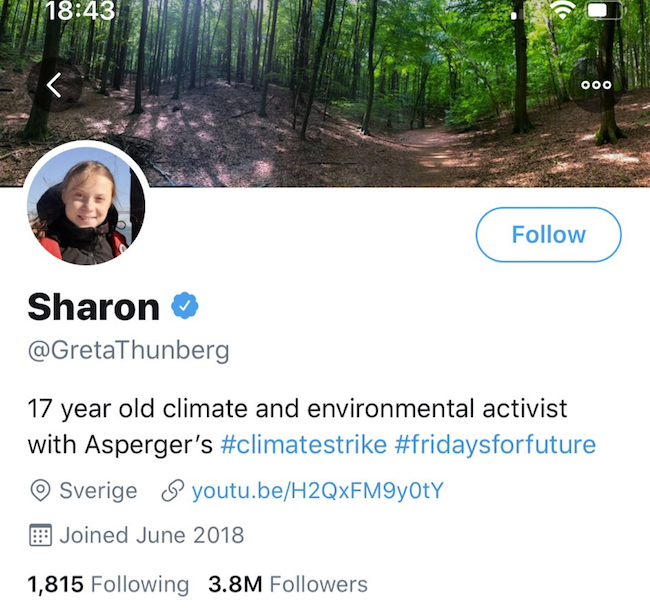 Simply 13 of the funniest pictures we’ve seen this week