A bride asked guests for a $1,500 gift each and it ended very badly indeed

This tale of a bride who cancelled their wedding because guests weren’t entirely comfortable with stumping up $1,500 each as a gift has just gone viral all over again on Reddit.

‘Bride cancels her wedding because her guests didn’t “donate” a $1,500 each to fund the event,’ said Redditor subrossanc.

It’s not the shortest story you’ll read today but the bride’s Facebook post really is worth a minute or two of your time, captured by the good people of BoredPanda. 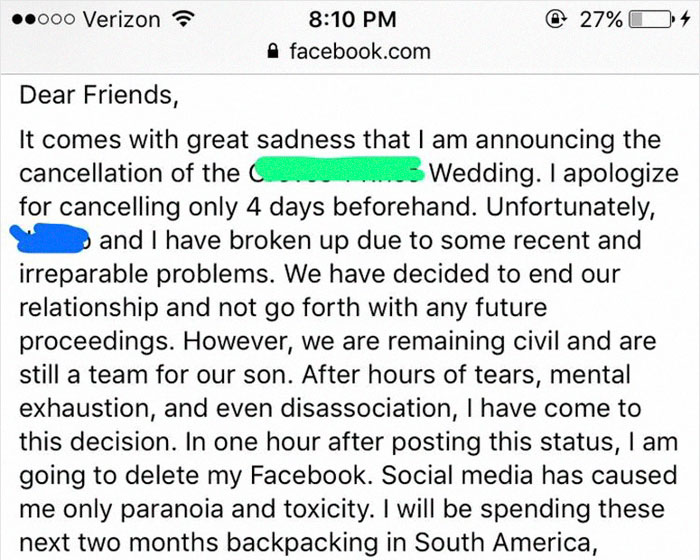 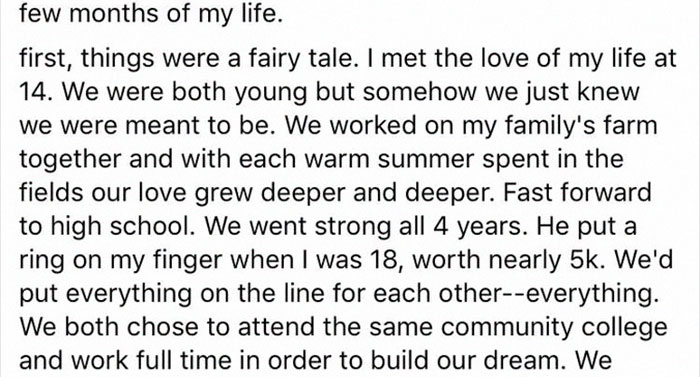 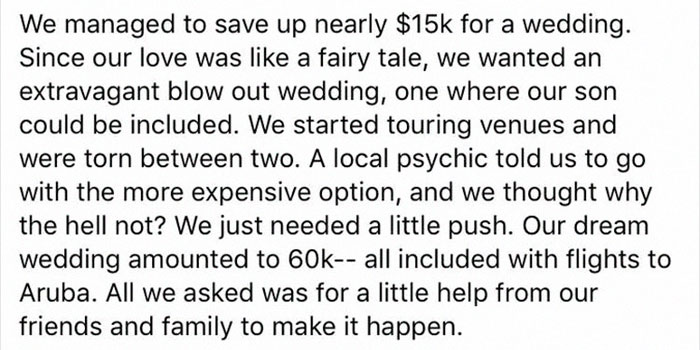 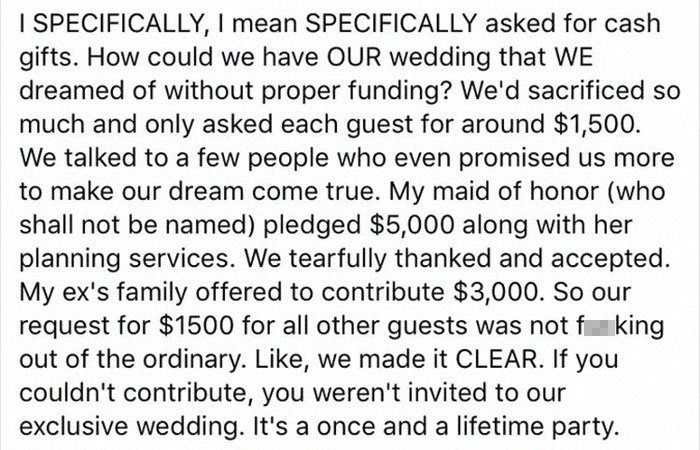 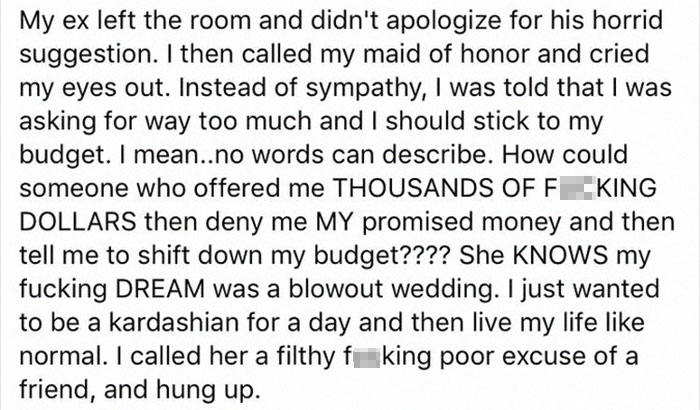 And just three of the things people were saying about it on Reddit after it went viral all over again today.

‘I think my favourite part is when she says they only went for a wedding they couldn’t afford because “a local psychic told us to go with the more expensive option”.’ AlmostAndrew

“I just wanted to be a kardashian for the day”. There’s the problem.’ godca_grema

‘Disliked and mocked publicly? Oh wait, maybe she got to be a kardashian after all.’ Tack-One

Bridezilla says photographer should pay to take pictures at her wedding