In the latest in an occasional series, advert of the week goes to this one, shared by shksona over on Reddit who said: ‘Sign posted outside a fencing academy!’ 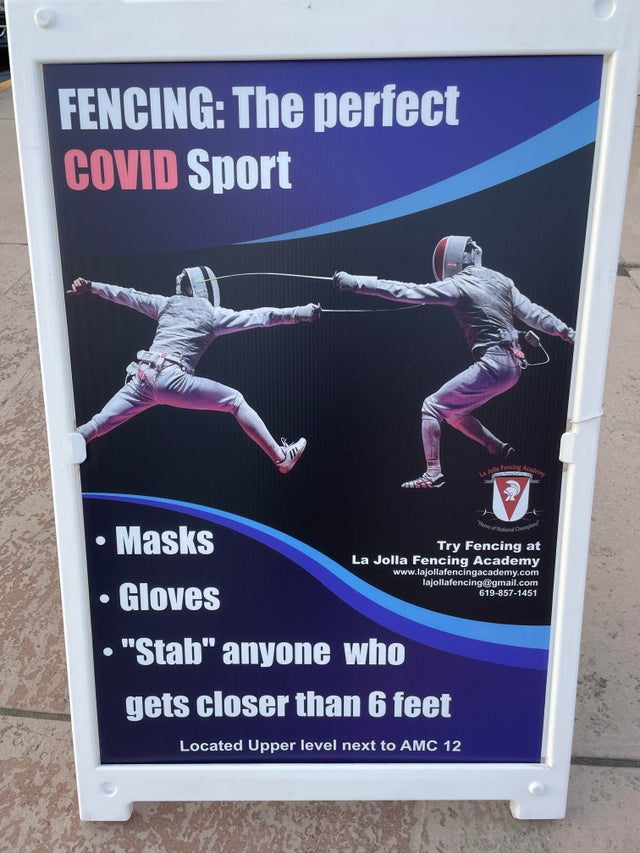 Can’t argue with that.

‘I’d like to join, but still on the fence.’ soareyousaying

‘This is my club. The person who made it is quite the “marketeer” lol. He is the head coach’s son and also happens to fence for Harvard :)’ Double-Truth-3916

‘It’s surprisingly fun. Well, surprisingly, I mean it’s exactly as fun as you’d think hitting people with swords would be. Rather cardio intense too. Épée/foil are classic duel weapons, and you can pick up saber when you want to whack things about like a swashbuckler to blow off steam.

‘Did it a few years as a 30-something y-o and was at first getting owned by some 12y-o girls who had been practicing the sport for years. Older practitioners will give take it slow and give you tips. Younger kids are fucking ruthless and just dispatch you to move on to a real match. Good times.’ Myrdraall

‘If You Had to Purchase Fatherhood’ leaves no illusions unshattered