James Blunt’s been doing what he does best after someone over on Twitter took issue with the lyrics to his 2004 hit, You’re Beautiful (you might have heard it).

Here’s what @asktoybox had to say. 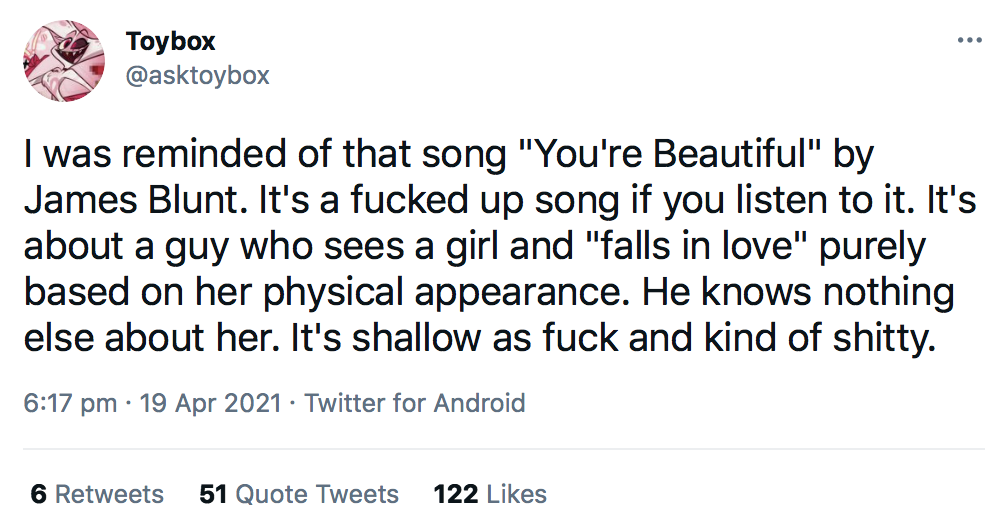 And it prompted a fair few responses.

You’ve listened to half the song then. The protagonist is down and out high on drugs and this perceived beauty, in his mind, an unobtainable salvation.

Yeah, we all know people always fall in love with other people purely because of their intellect. Which they can…uhh…sense…across rooms and such. Mhmm

It’s a pop song, not a doctoral thesis.
It’s supposed to capture a moment or an emotion,be catchy and that’s about it.

But no-one had a better response than Blunt himself, as you might expect. 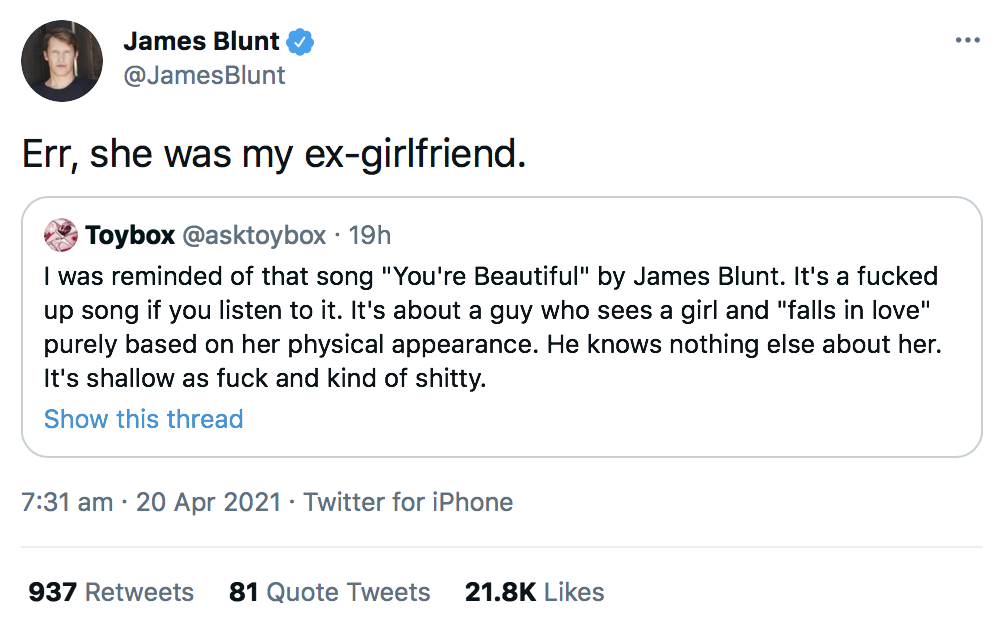 I tweeted this because I was bored at work it and it was the only thing I could think of at the time. I never figured the actual singer would give two shits enough about a random nobody on the internet to actually respond to it, but here we are. 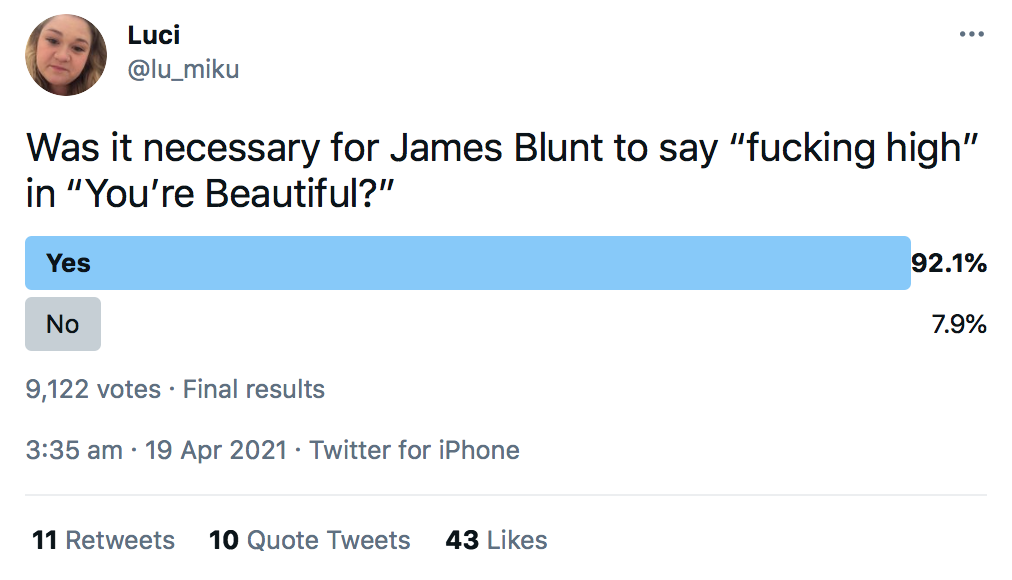 Blunt had a message for them too. 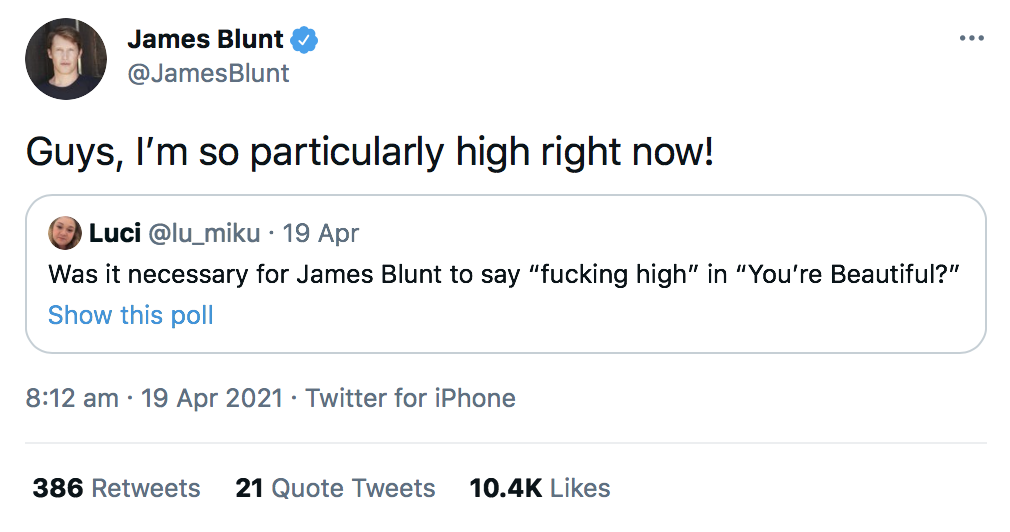 Boris Johnson’s £2.6m briefing room is over after a month – 11 perfect takedowns