Anti-masker Takedown of the Day

An anti-mask prude walked herself right into the hurt zone with this little snipe at changing fashions. 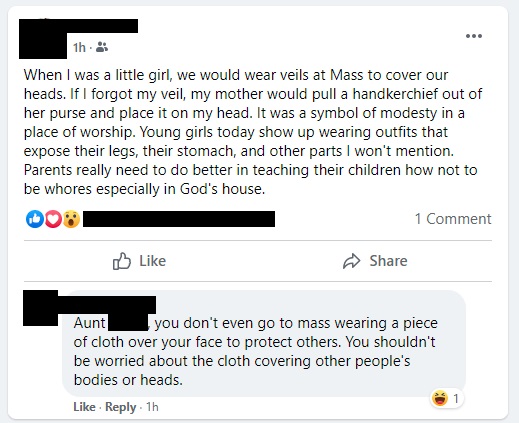 I bet if she would see girls wearing pants and a hoodie she would say they should stop dressing like that because they look like boys.

I know this is a little controversial, but if you are describing children as “whores” you may be the issue.

…and make sure to ask what she thinks about muslim girls wearing headscarves.

One Redditor had a theory.

They may have told you it was for modesty sake but you also could be just that damn fugly.