Over on Twitter historian Dan Snow’s been thinking about, well, history, and how events that might seem a long time ago are actually quite recent.

We mention this because a follower – well, we presume a follower – took exception to his comparison and Snow’s response wins comeback of the day.

‘These are not the socialist flag burning tweets that you are looking for,’ said Snow – @thehistoryguy – who shared the exchange on Twitter. 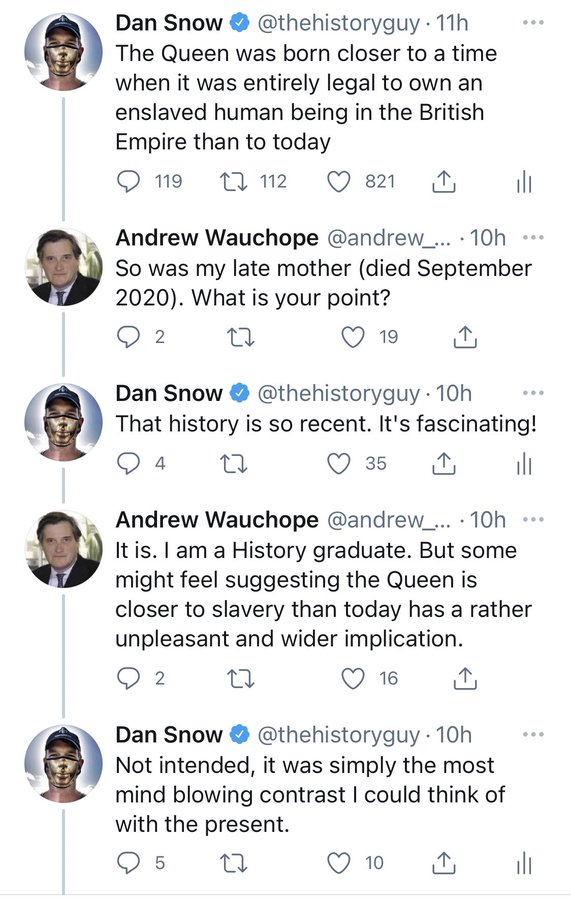 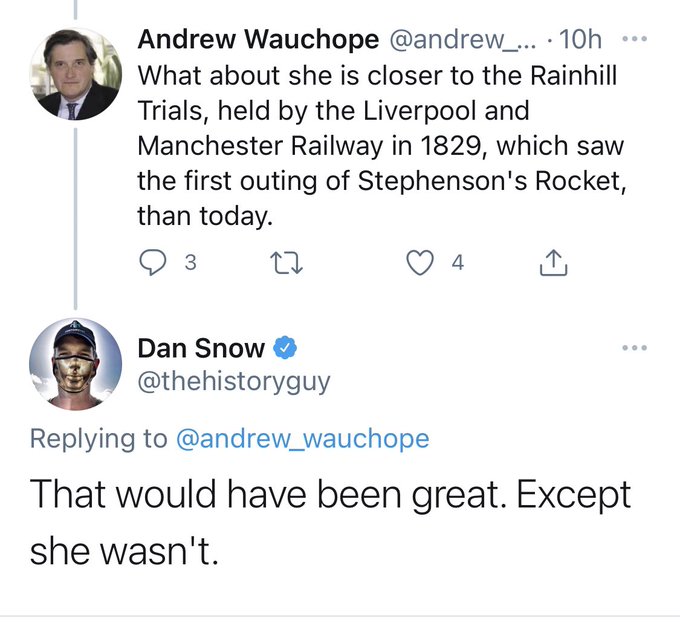 Reminds me of the similar fact that Cleopatra lived closer to the invention of the iPhone than the building of the pyramids.
By his logic does that imply Cleopatra is associated with smart phones? 🤷🏼‍♂️

Just piling in with my favourite one. (Is there a name for these time difference related facts?🤔)

"A Tyrannosaurus Rex was closer in time to seeing a Justin Bieber concert than seeing a live Stegosaurus" !

From the rather wonderful page here:https://t.co/tOOacsVFjy

Anyone else who’d much rather see a live stegosaurus than Justin Bieber?

That last, though. 😂 Well played. pic.twitter.com/SS0zV5wW8N

Our 25 favourite tweets of the week