This Stan Lee comeback ‘from beyond the grave’ is sheer perfection

We’re grateful to the good people of ‘Conservatives Getting Owned’ – @cons_owned on Twitter – for this classic of the genre.

Stan Lee sets the record straight from beyond the grave pic.twitter.com/JrjdILd1De

It’s a Stan Lee comeback ‘from beyond the grave’ which is the perfect response to people who complain about their favourite superheroes being ruined by so-called ‘woke’ culture.

And this, from the late, great Stan Lee, creator of Spider-Man, Captain Marvel, Iron Man and a host of other iconic characters, was the perfect response.

It’s a ‘Stan’s soapbox’ column from back in the ’60s and, well, have a read for yourself. 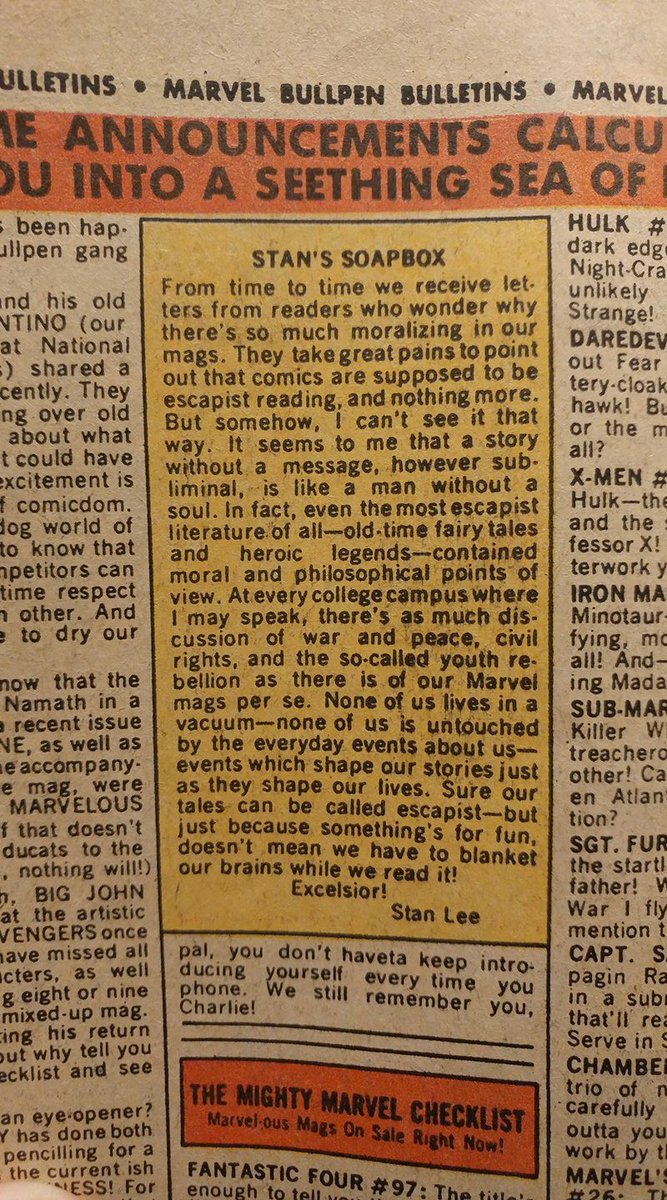 From time to time we receive letters from readers who wonder why there’s so much moralising in our mags. They take great pains to point out that comics are supposed to be escapist reading, and nothing more.

But somehow, I can’t see it that way. It seems to me that a story without a message, however subliminal, is like a man without a soul.

In fact, even the most escapist literature of all – old time fairy tales and heroic legends – contained moral and philosophical points of view.

At every college campus where I may speak, there’s as much discussion of war and peace, civil rights, and the so-called youth rebellion as there is of our Marvel mags per se.

None of us lives in a vacuum – none of us is untouched by the everyday events about us – events which shape our stories just as they shape our lives.

Sure our tales can be called escapist – but just because something’s for fun, doesn’t mean we have to blanket our brains while we read it! Excelsior!’

A fabulous riposte, beautifully put, and as necessary today as it was half a century ago.

And just a few of the many responses it prompted.

Captain America’s first comic cover was him punching Hitler before America even entered the war. THE ENTIRE CONCEPT OF CAPTAIN AMERICA IS A POLITICAL ONE

And while we’re at it, here’s another Stan’s Soapbox which we wrote about when the Marvel supremo died in 2018. It is also one for the ages. 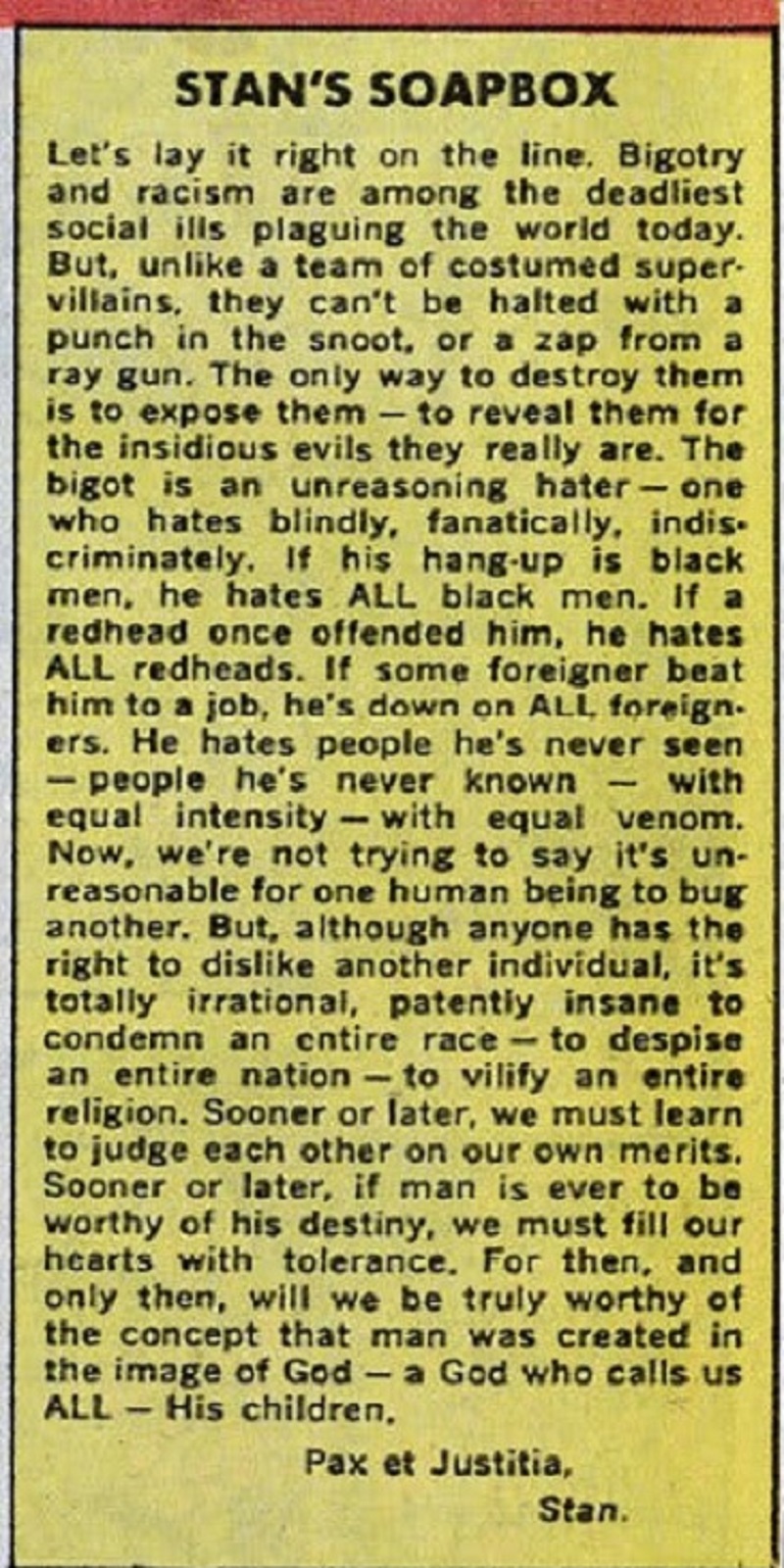 Let’s lay it right on the line. Bigotry and racism are among the deadliest social ills plaguing the world today. But, unlike a team of costumed super-villains, they can’t be halted with a punch in the snoot, or a zap from a ray gun. The only way to destroy them is to expose them—to reveal them for the insidious evils they really are.

Now, we’re not trying to say it’s unreasonable for one human being to bug another. But, although anyone has the right to dislike another individual, it’s totally irrational, patently insane to condemn an entire race—to despise an entire nation—to vilify an entire religion.

Sooner or later, we must learn to judge each other on our own merits. Sooner or later, if man is ever to be worthy of his destiny, we must fill out hearts with tolerance. For then, and only then, will we be truly worthy of the concept that man was created in the image of God–a God who calls us ALL — His children. Pax et Justitia!