If you don’t already follow Nick Harvey – @mrnickharvey – on Twitter then you really should. He makes lots of fabulous music for TV and is generally an all-round ray of light in these uncertain times.

We mention Nick after this FBI ‘reply’ appeared to Sky News footage of Prince Andrew talking to the media after the death of the Duke of Edinburgh. 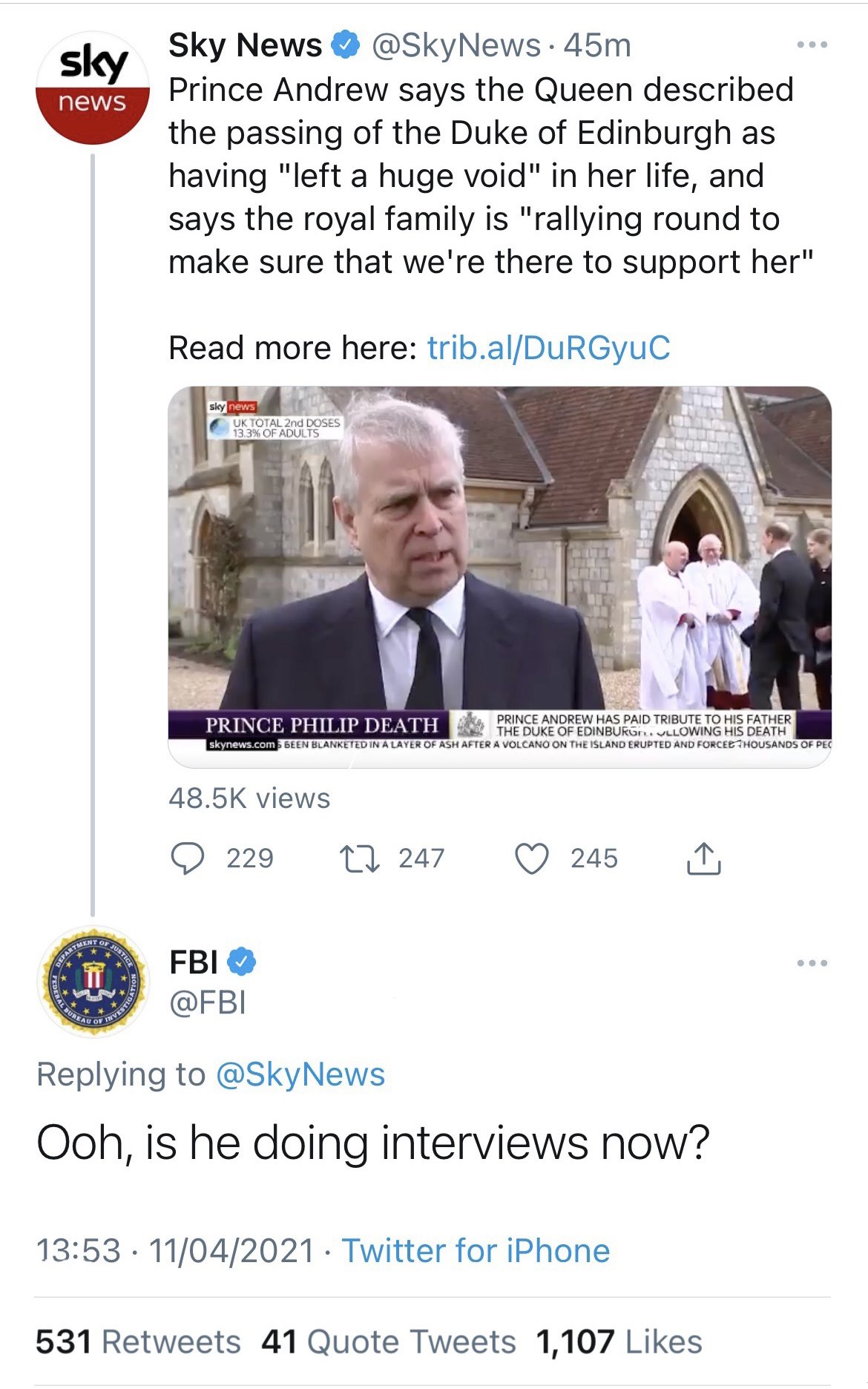 It wasn’t really the FBI – you probably worked that out for yourself – it was Nick.

Of course, the FBI would never actually tweet a reply like this, so I thought I’d mock it up for them instead. pic.twitter.com/3WSgu6j7Pw

But some people took it very seriously indeed. Like this investigation by fact-checking service Snopes, for instance, as Nick later shared on Twitter.

I am properly giggling. This is ridiculous. pic.twitter.com/Tutdz4UGLV

And here’s the investigation in full. 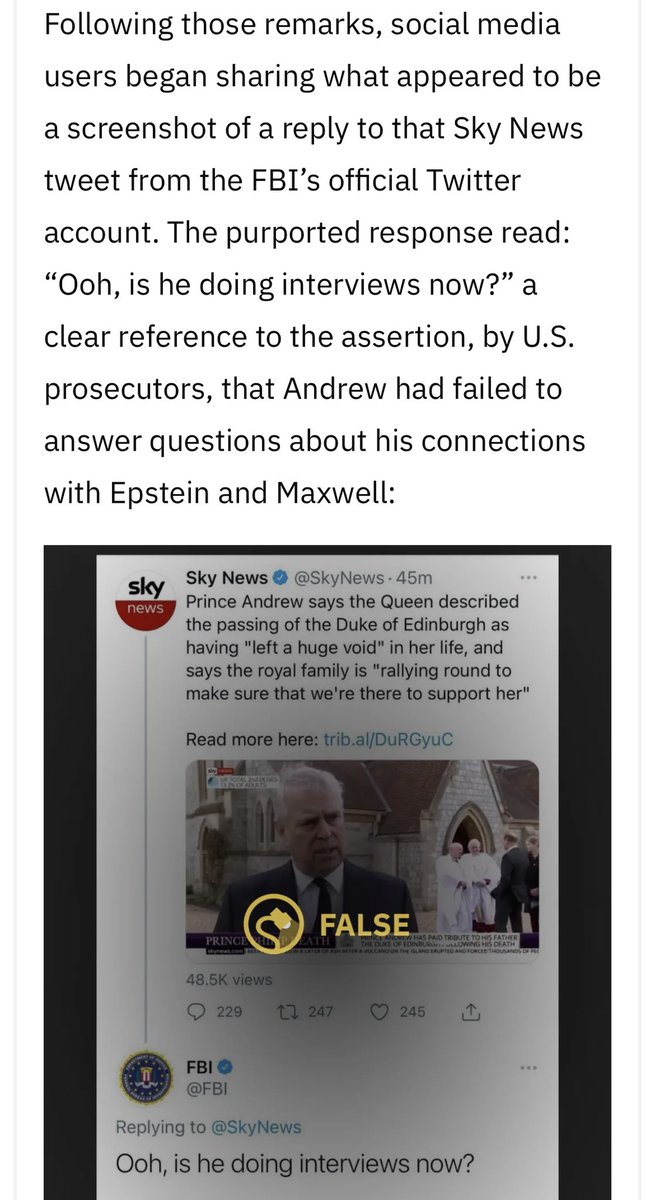 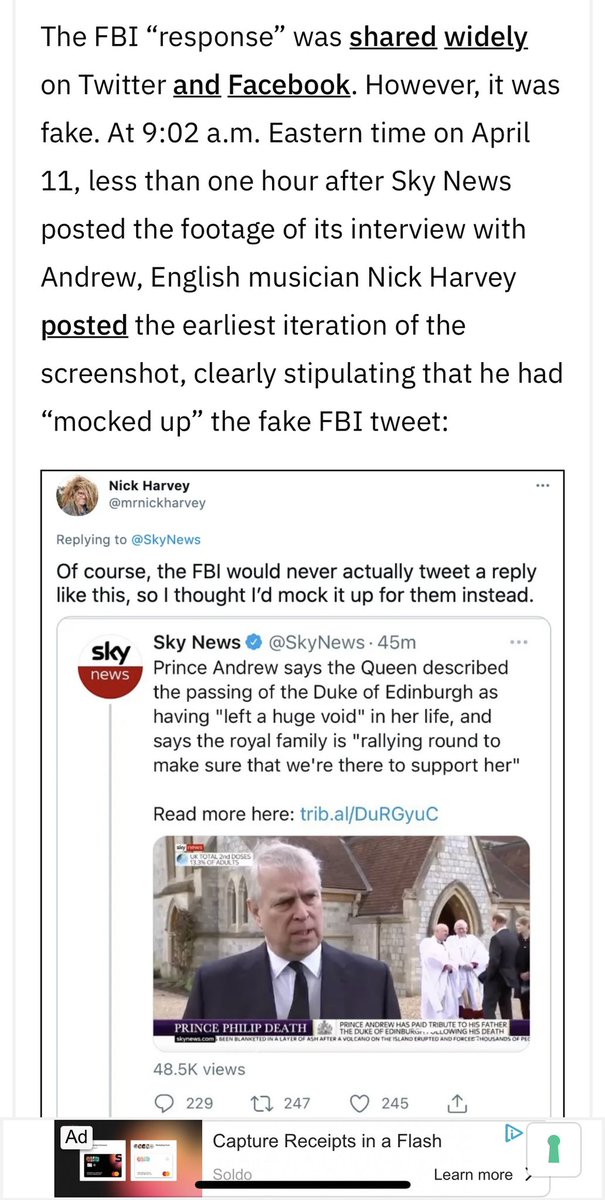 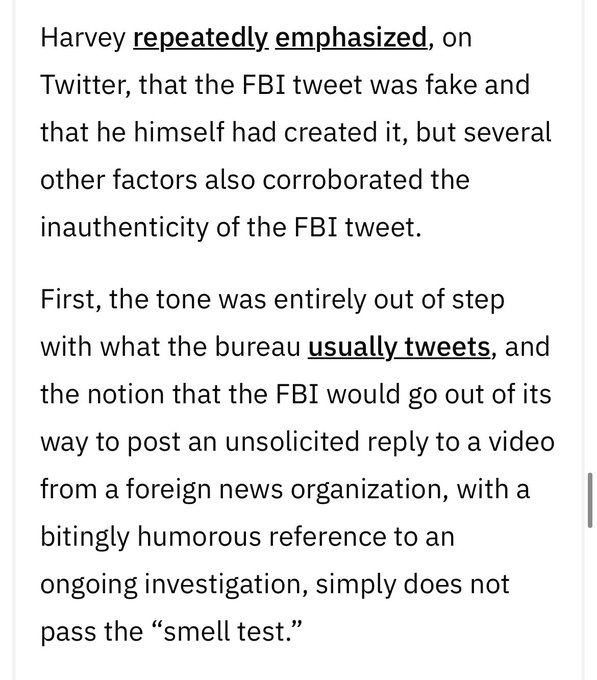 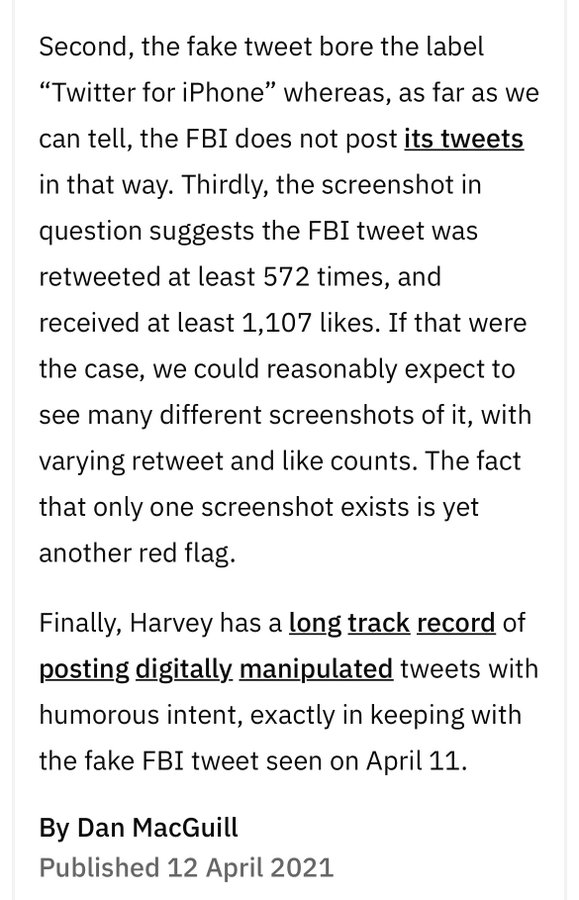 Fact-checking is ever more important these days and Snopes does a fabulous job no doubt, but this particular investigation may have been just a tiny little bit over done.

Just in case you were still in any doubt.

Investigative journalism of the highest order from Associated Press. https://t.co/6brbmEA1ET

This person said it best.

It’s a lot of words just to say it was a joke.

So sorry to hear about your car accident next week. We will miss your incredible sense of humour 🤣