The good people of National Rail – @nationalrailenq on Twitter – thought they would do their bit to mark the death of Prince Philip by turning their entire website black and white.

It wasn’t just a slightly odd gesture – we’re not sure how often the Duke of Edinburgh could be found checking when the next train left Windsor & Eton Central – it was also a hugely unhelpful one as many people found it incredibly hard to read. 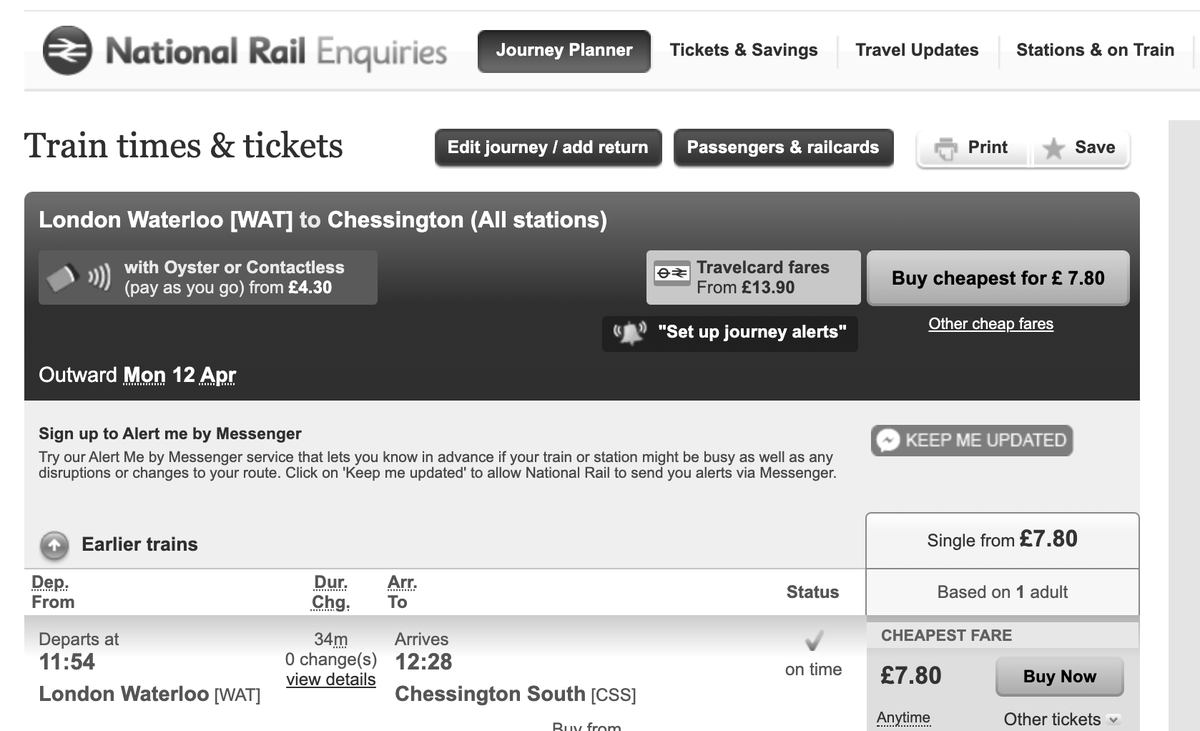 And it wasn’t just passengers who struggled to use it, it turned out, but their own staff.

As a mark of respect for Prince Philip, National Rail have made their employees unable to read the National Rail timetable pic.twitter.com/yyl7OXbF5L 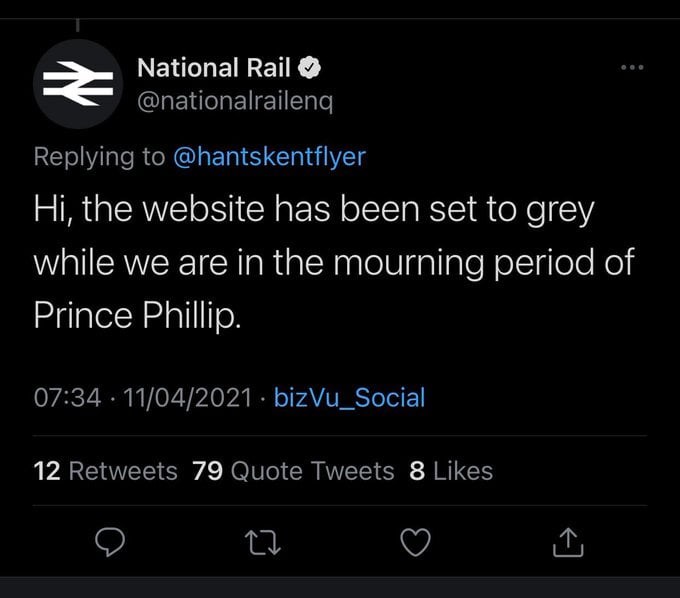 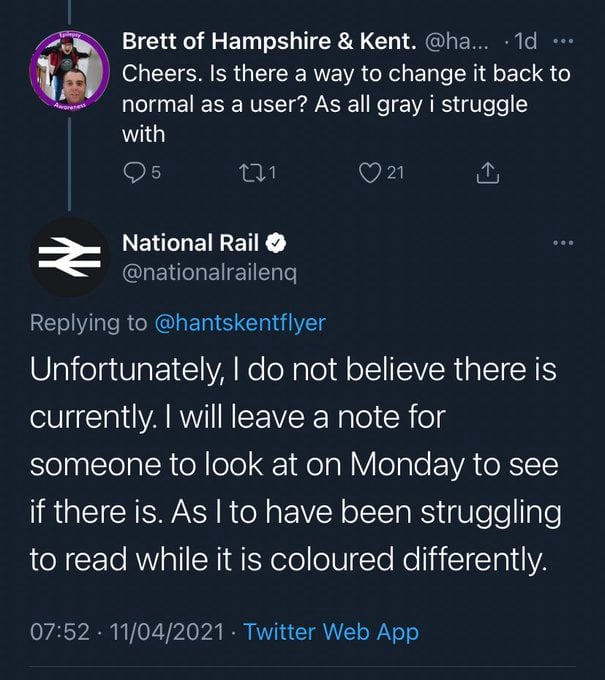 And these are our 9 favourite things people said about it.

National Rail greyscaled their website to mourn the death of Prince Philip and its causing utter chaos for the visually impaired. Its what he would have wanted I guess. pic.twitter.com/zMfFC9ZpBD

if it wasn’t so utterly mad, I’d be quite enjoying National Rail’s performative grayscale mourning modern art piece on their website, livened up by their employees live tweeting the nonsense with gems such as ‘I am SO sorry, I get it, I can’t even read what I’m typing mate’

MANAGER: We need to do something for Prince Philip’s passing

COPYWRITER: I could write a respectful message for the front page?

MANAGER: Needs to be bigger

At this point, I really just want to live in a basically normal country. A country where the national rail services thinks – you know what – we won’t “greyscale the entire webpage” because an unelected “prince” died at the age of 99 amid a pandemic that’s killed 150,000+

Many thanks to National Rail for making all my future talks on why senior staff need to understand digital accessibility much, much easier. pic.twitter.com/5HVcbiHK8i

So it’s not just National Rail. Seems other government websites have gone black and white too. This degree of mourning simply invites ridicule. pic.twitter.com/xtVv4FqBfD

Congratulations to…. the National Rail website on unexpectedly becoming Twitter’s leading character for the day!

Eventually so many people complained that it went back to colour. But there were still options for people who wanted to plan their journey in black and white.

Network Rail has re-emerged in glorious technicolor after its RIP-HRH-greyscale proved inaccessible for colourblind users and employees. CrossCountry still holding out, but at least included a “toggle greyscale” button https://t.co/XGXyyl45G9 pic.twitter.com/8cHY2SBazP

The least they could have done was spell the Duke’s name right.

Have just seen that National Rail have turned their website black and white for Prince Philip (really bad for accessibility) but not spelled his name correctly. https://t.co/ODhtG9Rfaj pic.twitter.com/mhDyp50qQj

Nobody asked for it, nobody expected it, but we decided to hinder the utility of a website for quite a lot of people and now we’ll endeavour to put it right. Thank you for your patience.