In the first of an occasional series – hang on, let’s be realistic, it’s probably going to be a one-off – funniest cardboard sign attached to the back of a van of the week goes to … 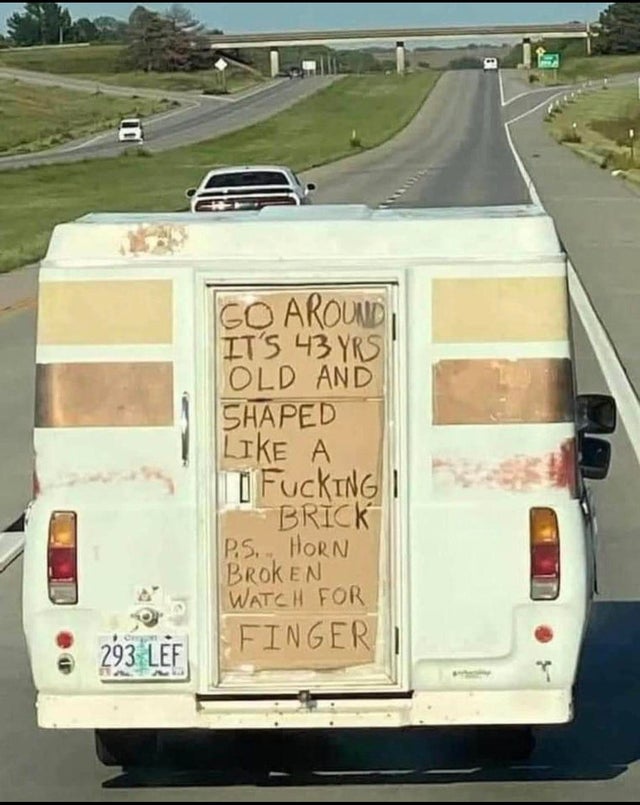 ‘A few years ago we were at the Oregon coast, and saw an RV with a sign like this, had a laugh and went around them. At the next stoplight on the highway, we heard a screeching, looked in the mirrors and that same damn RV was coming at us, brakes fully locked up, and not stopping. Right into our back bumper, pushing us into the car in front of us. From now on our policy will be to stay far away from anything that looks like this.’ Dry_Boots

‘+1 to him for being in the correct lane for driving a brick.’ basshead17

‘It’s 43 yrs old and shaped like a fucking brick. Hey. So am I!’ rhetoricity

‘Is your horn broken?’ TransformerTanooki