This Leave.EU tweet about the effect of Brexit on Brits in Spain has aged really badly

As new rules for UK passport holders living in Spain kick in, many of them are realising that their dream of a warm and sunny retirement has come to an end.

The British ‘ex-pat’* crowd are only allowed to remain if they register and have an income of at least £21,000 per year, making it highly unlikely that a large number of those living on, or hoping to live on, a pension will make the cut.

Although it has to be stressed that not all Spain-dwelling Brits voted for Brexit, sympathy was at a low ebb.

I've got zero sympathy for the Brits who are now being booted out of Spain, they were warned this would happen, they were told time and time again, but no they stood alongside the very people who've caused them to be thrown out, Project Fear was always Project Fact #Brexit

Brexit Ex-Pats in 2016: "We won't have to leave Spain due to Brexit, its Project Fear."

Brexit Ex-Pats 2021 post-Brexit: "No one told us we'd have to leave Spain due to Brexit." pic.twitter.com/cmL8mChgGJ

Exciting morning…Me and Lance Forman are off to Gatwick to welcome back evicted #Brexit supporting ex-pats and assure them this definitely isn't what they voted for!

The good news for Brits who were going to retire to Spain is that they can now retire in their own country. How cool is that?

With the new developments well and truly throwing a spanner into the works, writer, Otto English, reminded Leave.EU of their previous proclamation on Brits in Spain – and it was a bit awkward. 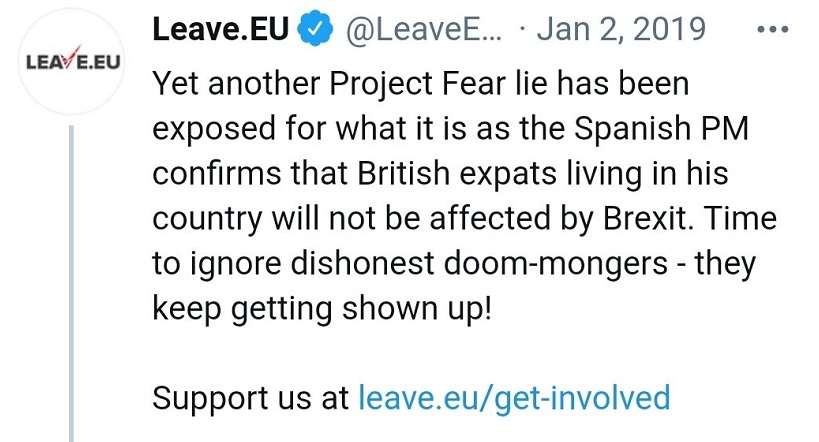 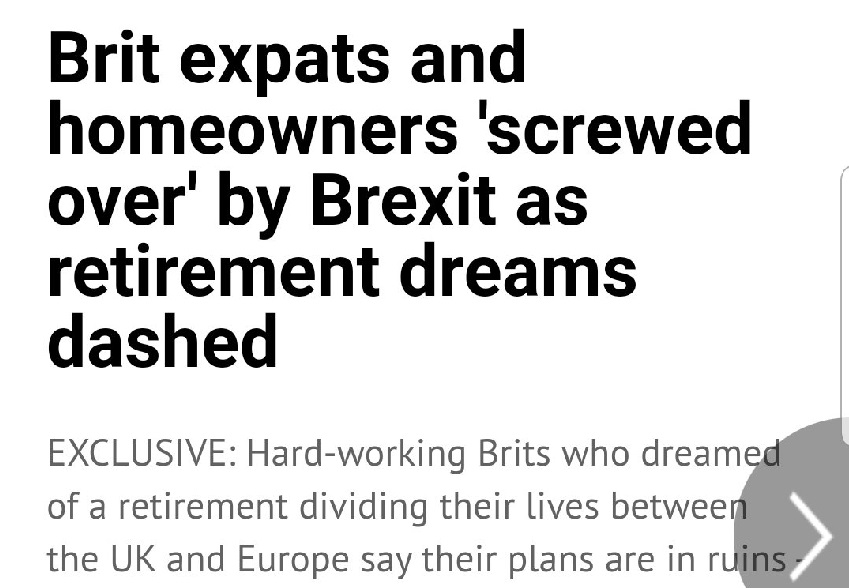 To put it another way …

"What do you mean I can't continue to get free calls and texts?"

"You cancelled your mobile phone contract with us."

"WHAT'S THAT GOT TO DO WITH ANYTHING?"

"It is…literally the deal! You are a member, you get it! You're not, you don't!"

One tweeter had a final tongue-in-cheek blow.

I have nothing against deported ex-pats… but you don’t want them moving in next door to you, do you 😉