Self-own of the day

Rightwing commentator and political activist Darren Grimes – stick with us, please – has been having a few issues with his broadband, poor guy.

He shared a picture – and a joke – and it prompted the perfect comeback. 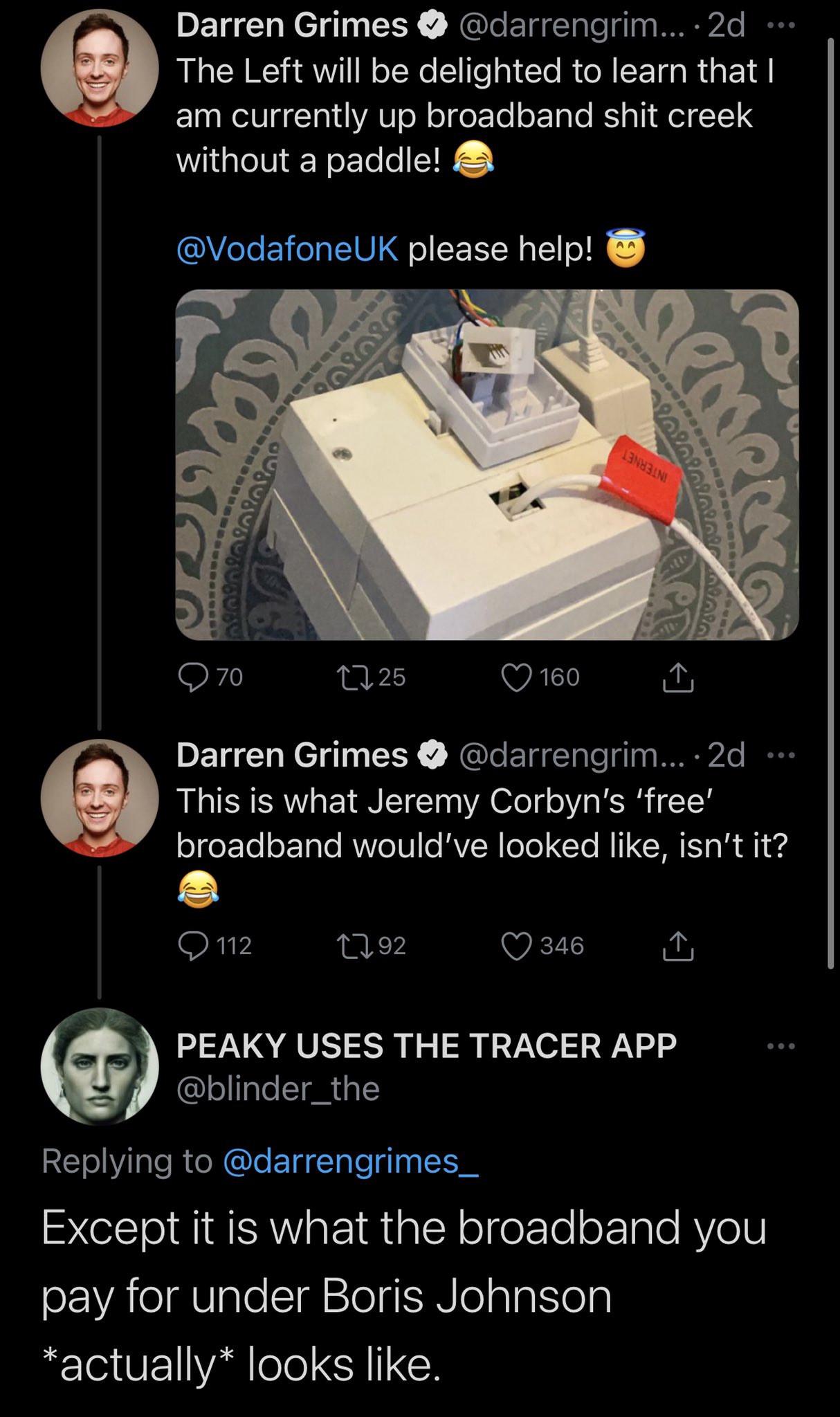 Self-own of the day.

And not the first time he has succumbed to this sort of thing, as @JimMFelton pointed out on Twitter.

Darren Grimes seems to think real life under Johnson is some kind of fucking life under corbyn simulator pic.twitter.com/9wmhnuFU5D

That other time in close-up … 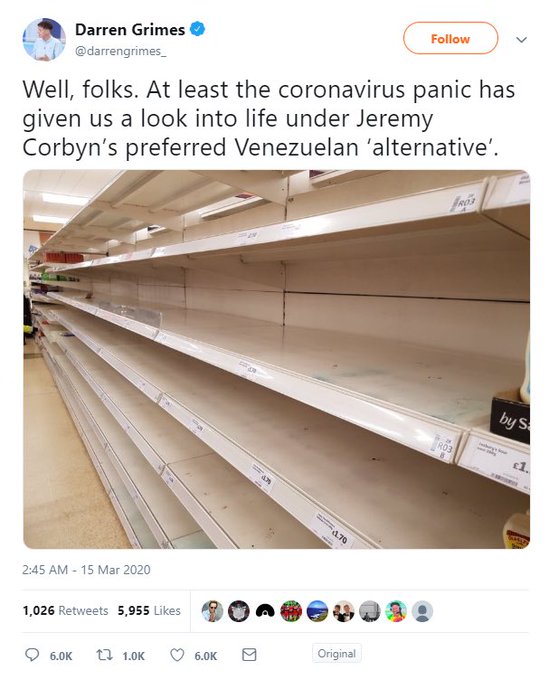 Conservatives: Look at what would be like if *left-leaning person* was in charge!

Look at what socialism does.

The mental gymnastics that this takes is a whole new level.