The joy of selling things you don’t need anymore is that you get to make a bit of extra cash from stuff you’d otherwise have taken to recycling or just thrown away.

The downside is that you have to deal with people, obviously.

And as these 21 exchanges with ‘choosing beggars’ – basically, people trying to get stuff on the cheap – goes to show, sometimes that it can be a very big downside ….

‘Shocked how entitled some people feel’

‘I Tried To Give Away Two Harnesses That No Longer Fit My Dog. Did Not Go Well’

‘Please Leave Me Alone – We Are Sleeping’ 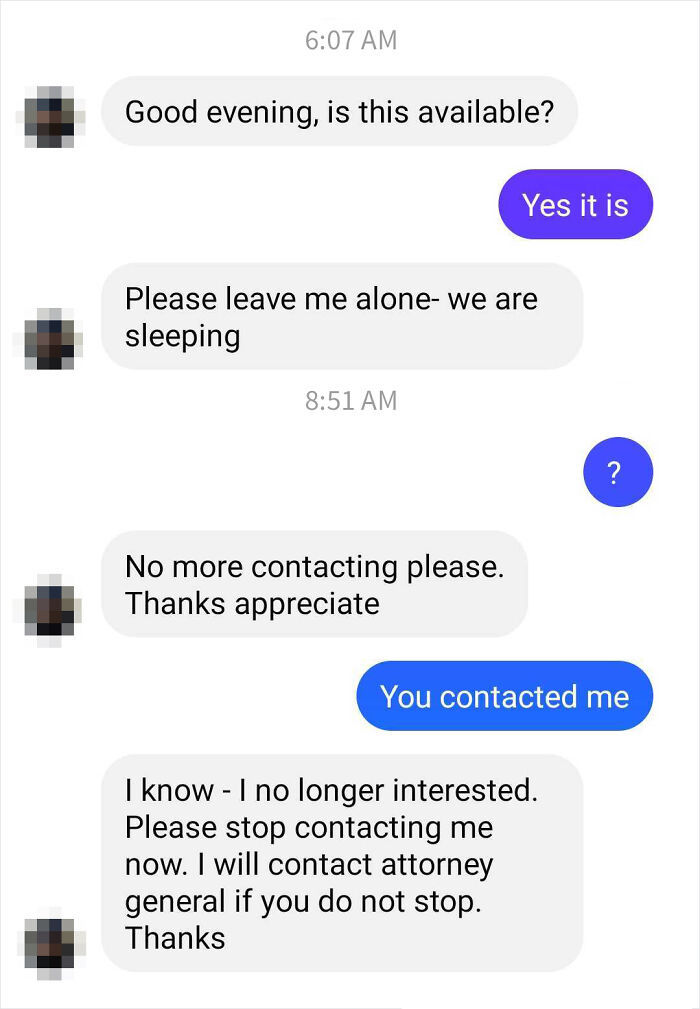 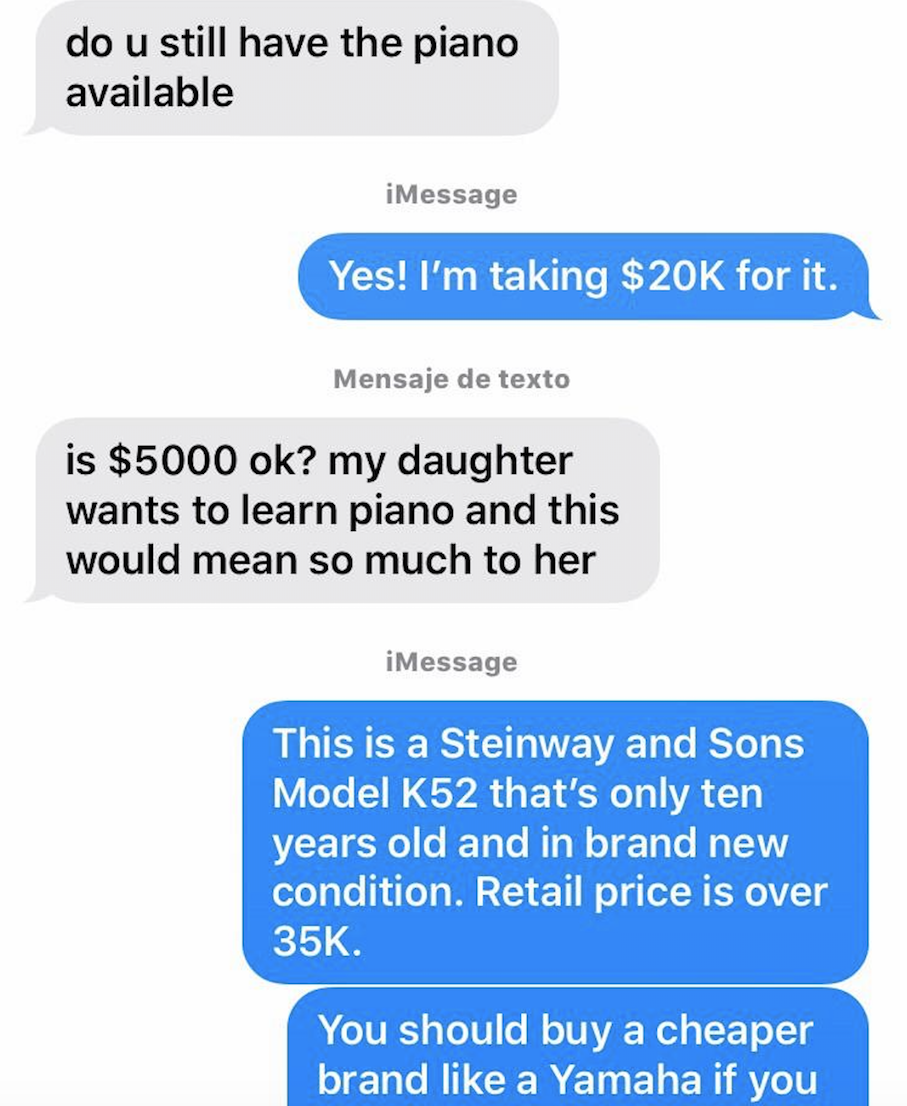 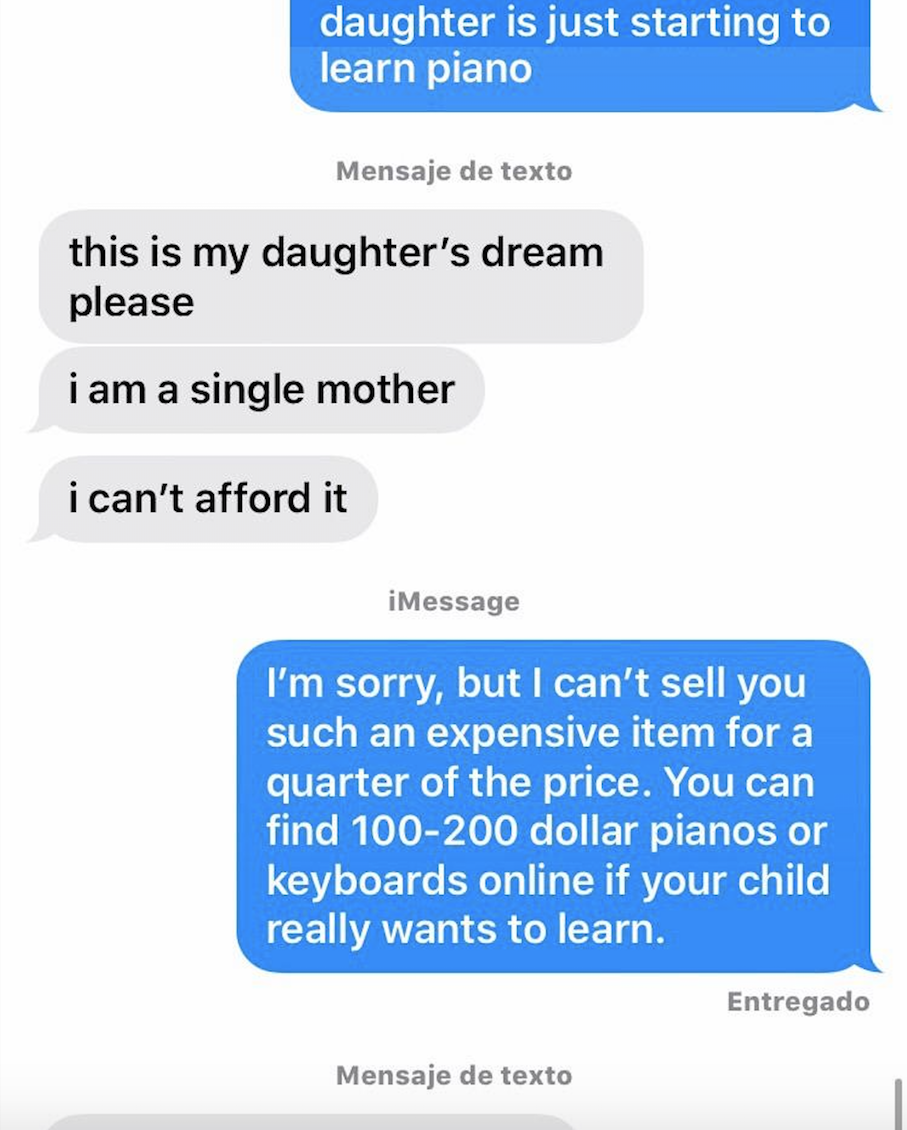 ‘Not mine but holy stupidity’ 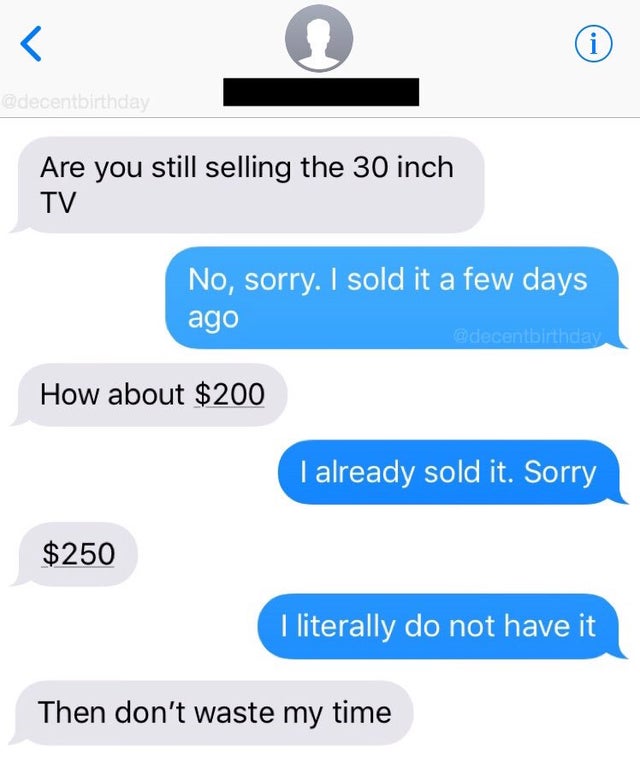 ‘I get a lot of DMs daily from teen tiktok “stars” asking for free stuff from my business, and here’s an example’ 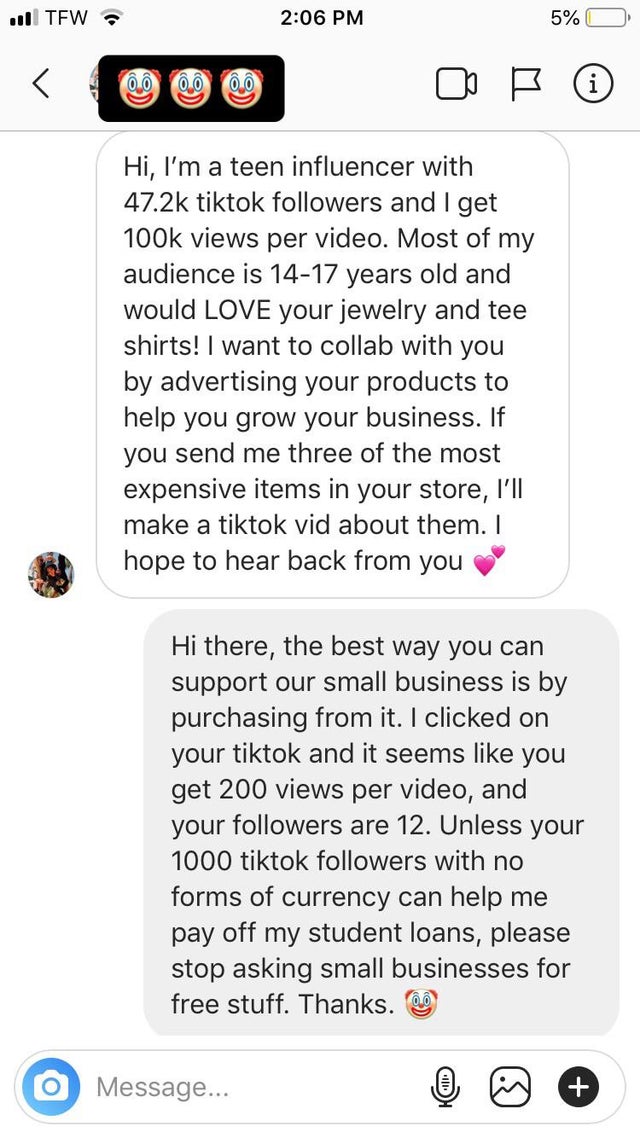 ‘When you buy an item, use it for a photoshoot for your instagram and than want to send it back with a lame excuse’ 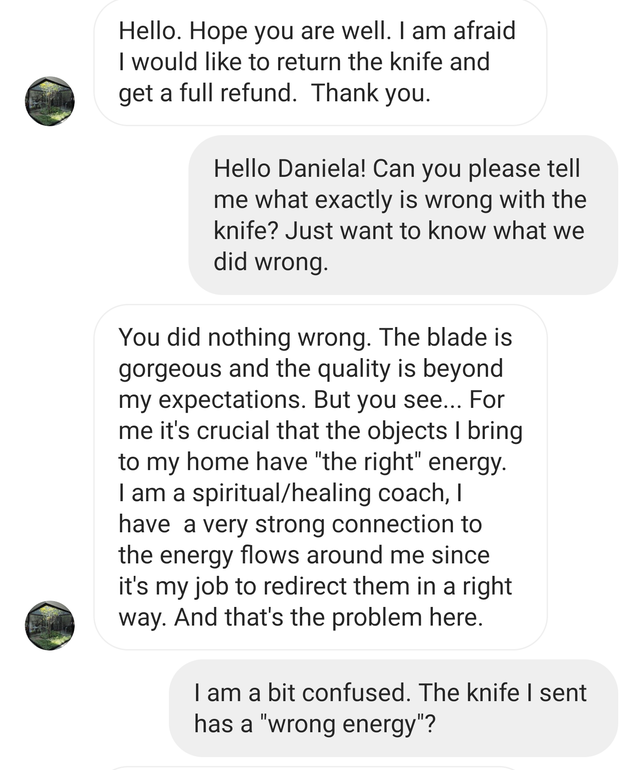 ‘I took some advice that were given after posting the conversation I had with a tiktok “influencer” yesterday. This is what the first person I made the offer to said’ 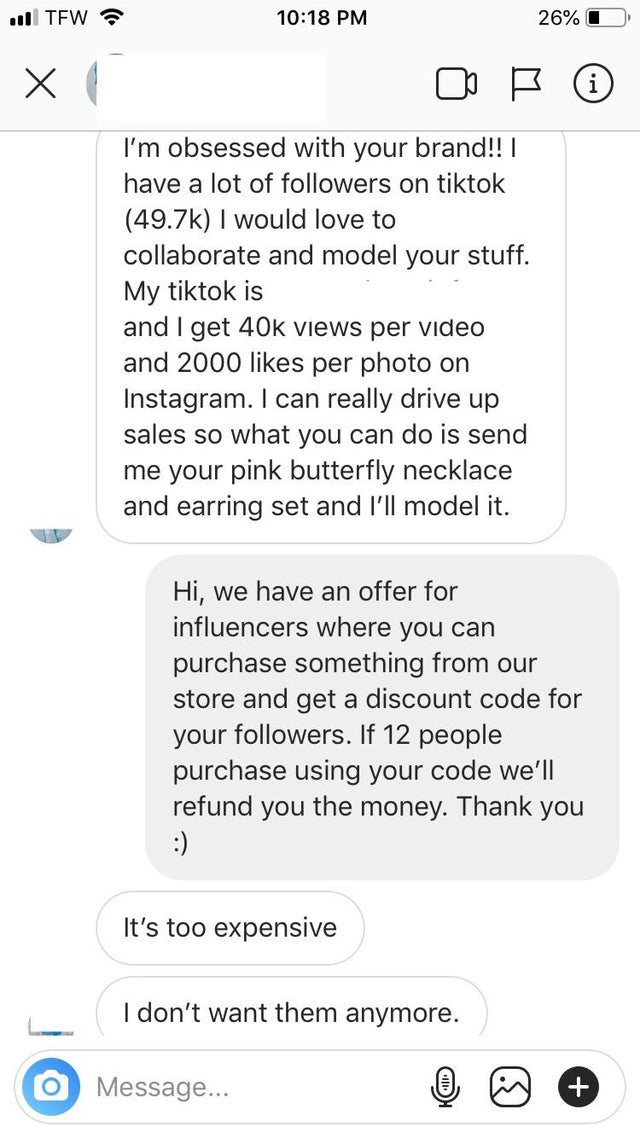 ‘I was giving away a free dishwasher on Craigslist and caught one in the wild!’ 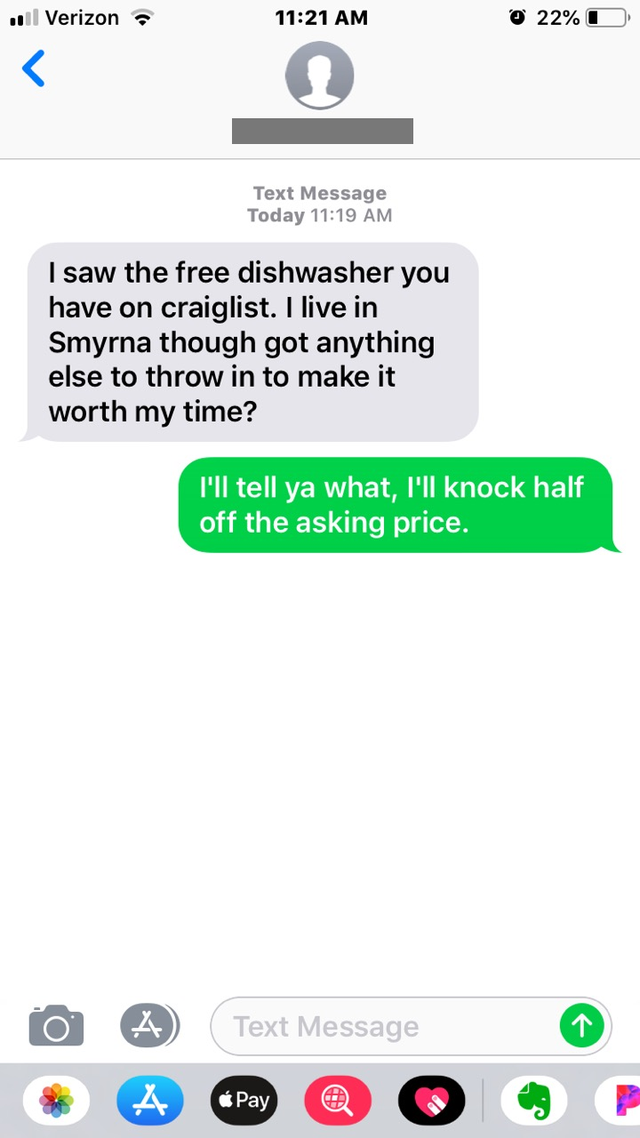