This rather lovely strange but true story has ust gone viral on the subReddit, mademesmile.

‘I found this on Instagram. Thought this belongs here,’ said Redditor noodle_dreamer who shared it. 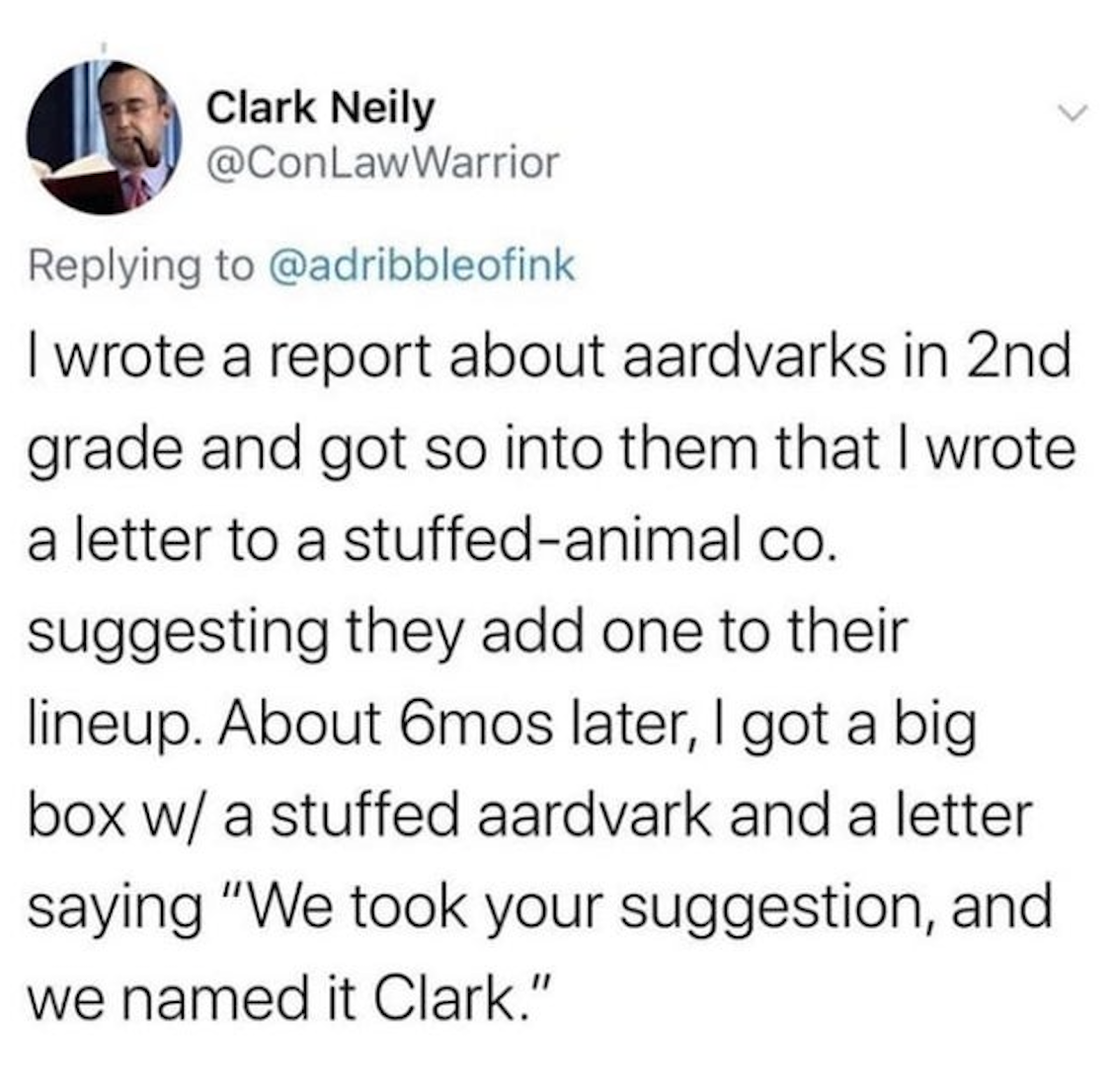 And as well as making people smile, it also reminded us of the question from a little while back which prompted the story on the first place.

Tell me a story about yourself the sounds like a lie but is absolutely true.

I met this dude on tinder and asked what his last name was.. he told me, then replied “ you doing a little background check? You might find out I’m a murderer, just ignore that 😘 “ okay so a good sense of humor.. well I googled him and he was a murderer. https://t.co/II55zBGfNj

In college I fell out of my bunk bed and broke both of my legs and one arm. Years later on a date, I made a joke about being clumsy and the dude told me I couldn’t compare to this woman his EMT brother helped once … who fell out of her bunk and broke all the bones. It was me. https://t.co/TQSEwXK4rw

My middle name is literally a fucking typo. My mom had a c section and forgot to write the rest of Nicole due to the drugs, she fell asleep and they took the paperwork, wouldn’t give it back and now my middle name is Ni https://t.co/SYbP92eN9r

One time I saw Samuel L. Jackson at an airport and he saw me and my cousin hovering around trying to gain the courage to ask him for a photo and then he came over to us and said "Y'all motherfuckers want a photo?"

And it was everything. https://t.co/bipmioXtWp

In college a friend found an ID of a dude over 21 who looked just like me. I used it like a charm for months. Then I went to a club and a bouncer starting asking me what’s my address and birthday and shit. I finally said “dude it’s me” and he replied “no dude, it’s ME”. It was. https://t.co/gUW03MxUc3

Lady Gaga once made an acocunt on our site to leak her own song and we banned her because we thought it was a spammer from Uzbekistan. https://t.co/Z21yJiIHWd

i was filling out a retail job application @ a chicago mall. this 70yo yt man wearing backpacking gear comes up to me & says “i’m gonna go tell the manager you found my wallet in the bathroom and i tried to give you a cash reward but you turned it down.” he did & i got the job https://t.co/nYCyVZxZL1

I was responsible for the exorcism of a tree while in elementary school. I wrote letters in the voice of a demon and hid them in the tree, and convinced classmates they were real. My catholic school, unfortunately, also thought they were real and the dioceses got involved. https://t.co/N8PuxvlAUw

Once accidentally kidnapped a drunk man who was trying to get into his own home. Saw him slumped by the road, coaxed him into the cab to ‘take him home safely’ and ignored his slurry protests. Some 30 mins of confusing directions later and we… end up at exactly the same place. https://t.co/cwj43Fig8g

When I was 9, on Christmas Eve I drank 20 cans of coke in the space of 2 hours, ended up in hospital 4am Christmas morning with caffeine poisoning, then weeks later my mams friend told her a story about a boy who did that and she had to admit to her that it was me, her stupid son https://t.co/o4MazmacQn

i handed a CV into dominos when i was 16 and as i was walking out i got ran over by a car and everyone inside saw https://t.co/WM8ibulq0U

Alan Rickman once walked past my mum bollocking me and my brother in the street for misbehaving, interrupted her and told us to be as naughty as possible 'by order of the Sherrif of Nottingham!' https://t.co/r8Q32zy28s

This video of a chicken looking after 3 orphaned kittens went viral because, well, watch