This wonderful self-own has just gone wildly viral on Reddit and it is truly one for the ages.

It was shared by Redditor CptMatt_theTrashCat who said: ‘The best putdowns come from the truth.’ 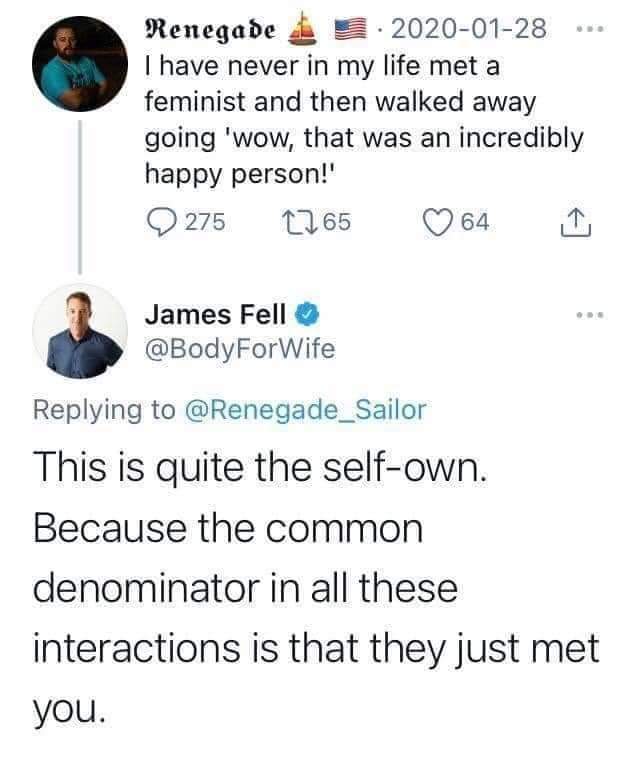 ‘This is to be expected from someone who call himself a forgotten 90’s action TV show.’ UndeniablyMyself

‘It’s funny because my dad has had several marriages and relationships, all of which have failed. He thinks women are the problem, when in reality he’s just an asshole.’ xenon129

‘Dude basically just asked the whole feminist community to “smile?” He deserves whatever backlash he gets.’ groovy_mcbasshands

‘Hey calm down, that man is a “renegade” and probably rolls coal cuz he’s a badass 😅’ JblackoutL

And most of all, this.

‘If you meet assholes ALL day, you’re the asshole.’
Snakestream