To Twitter – stick with us – where James Blunt spotted this Mail on Sunday front page about coronavirus vaccinations for the under-50s and thought he’d have a bit of fun with it.

‘Hmmm. Suspect someone’s been lying about their age,’ said @JamesBlunt 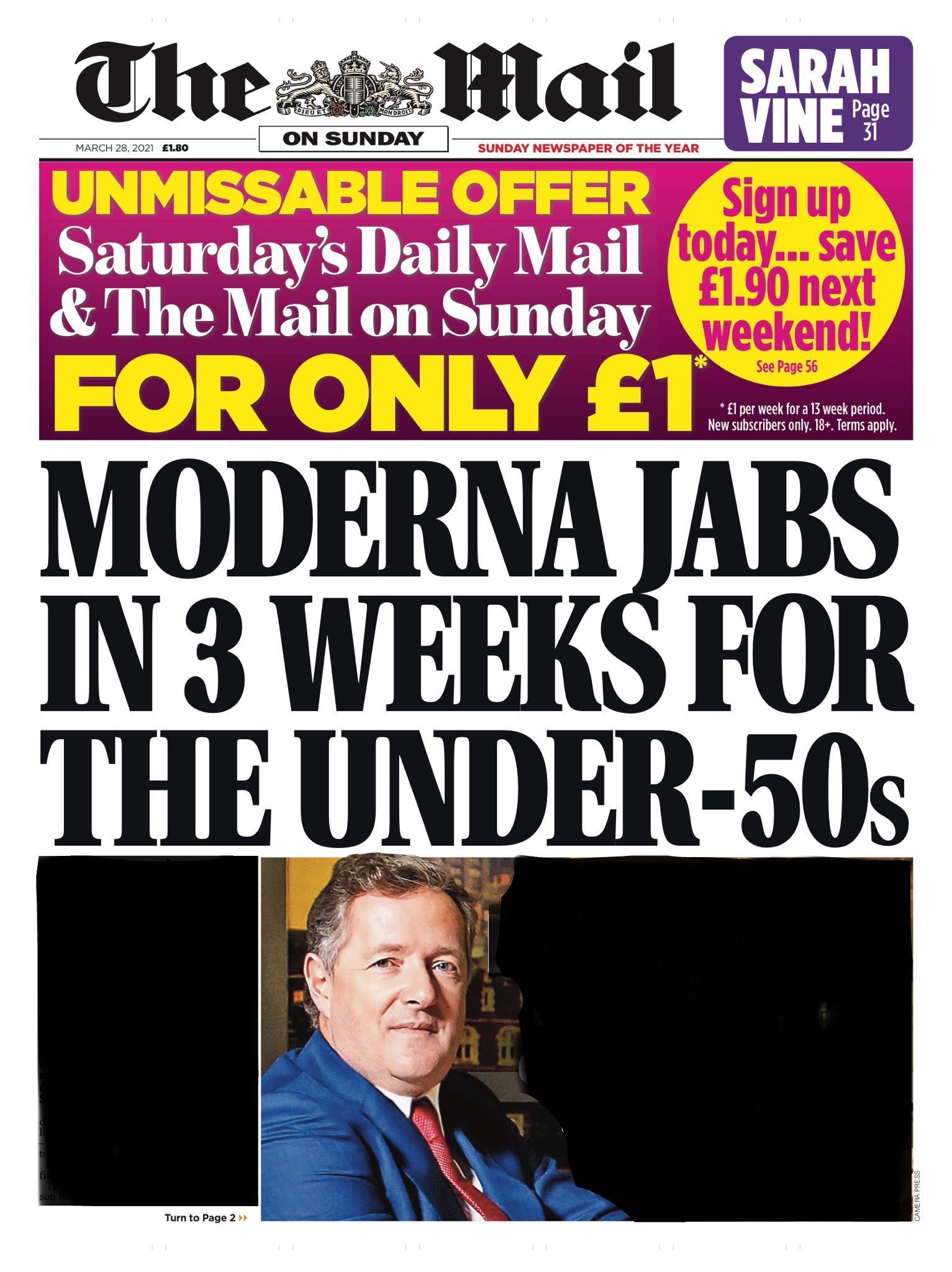 Except that wasn’t entirely the full picture, as you’ve already spotted. 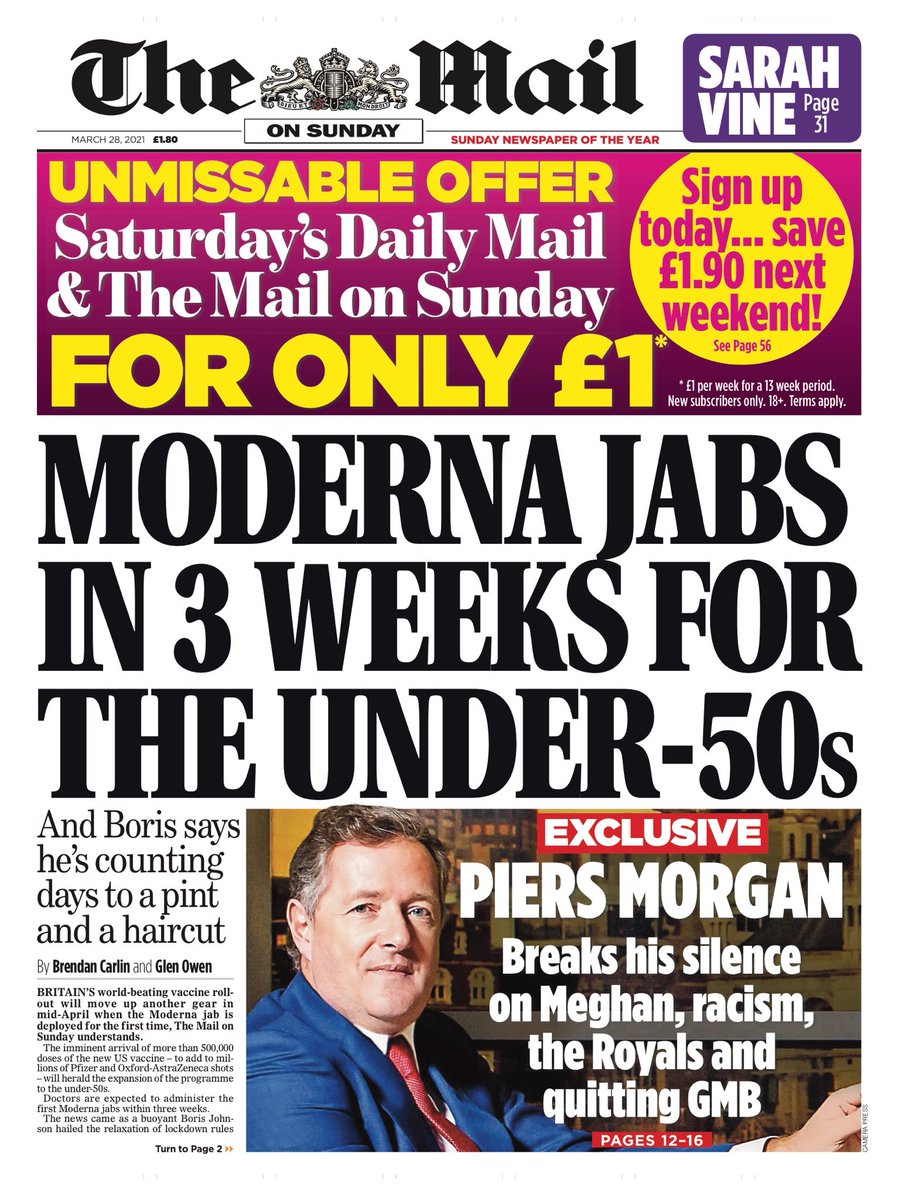 Separate but related, Blunt went viral at the weekend with this rather fabulous takedown of a troll who, it appears, took to Twitter to say: ‘James Blunt is a posh prick!’

We only say ‘it appears’ because it’s since been deleted, more’s the pity.

Everyone enjoyed Blunt’s reply, though. 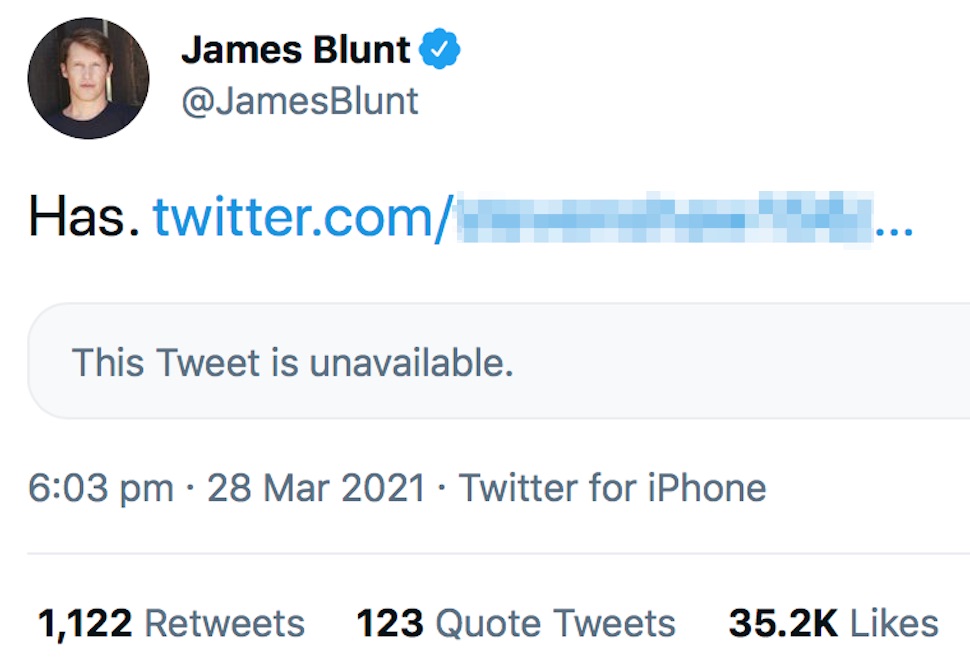