You’ll probably have seen by now actor Orlando Bloom’s ‘life in the day’ in the Sunday Times which went wildly viral because it was just so … wild.

Genuinely thought the Orlando Bloom interview in The Sunday Times was a spoof.

And just in case that’s tricky to read, here’s just one bit of it. 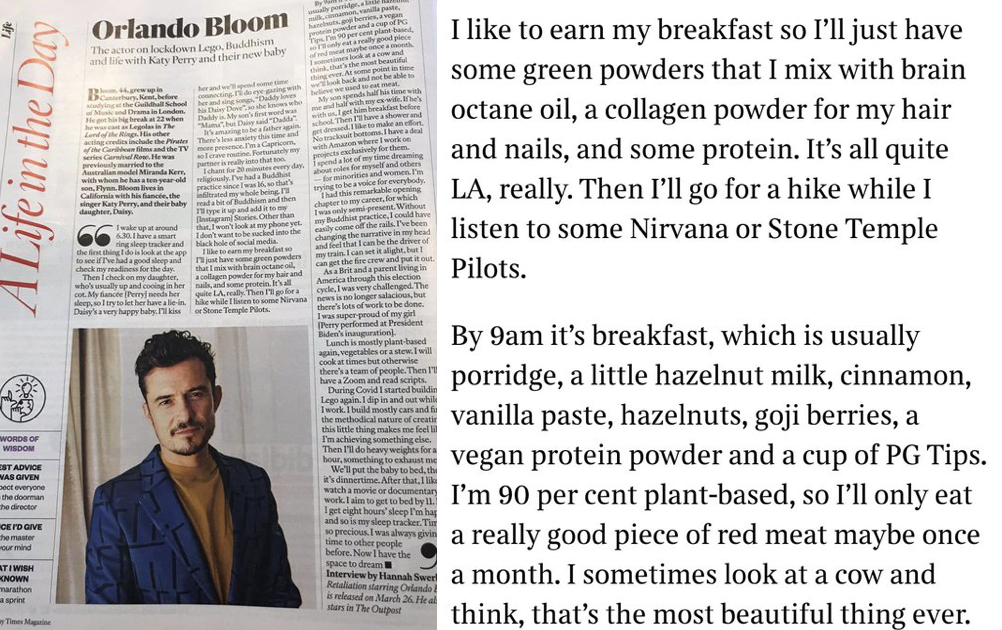 We only mention it because comedian and presenter Pete Otway was moved to share his own ‘day in the life’ as a response. And it’s very funny and entirely relatable for parents everywhere.

I know it’s a bit late, but I haven’t been able to stop thinking about this so I wrote my own. pic.twitter.com/KAO8LPIlzv

Here it is again … 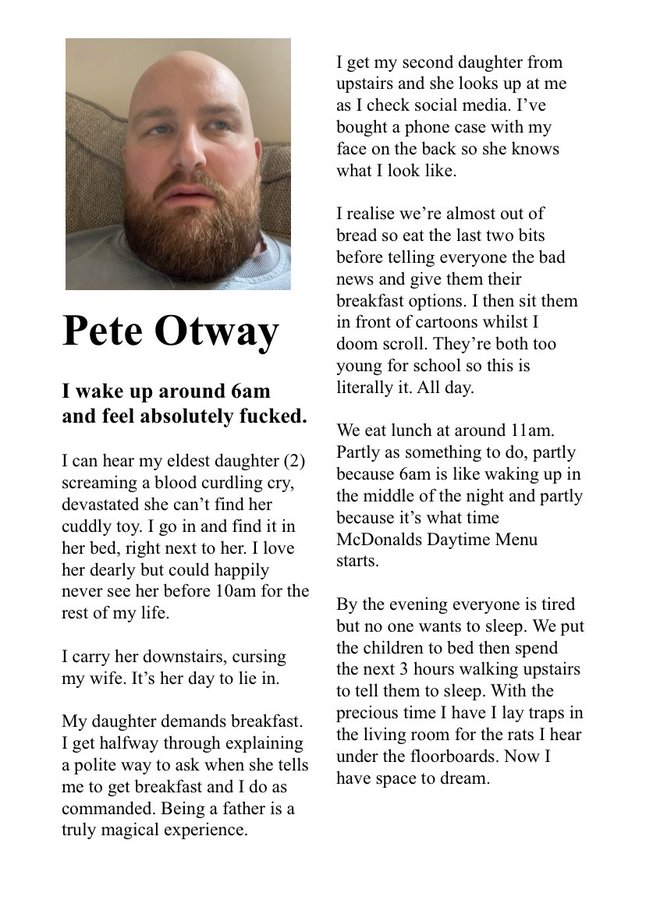 This made me laugh out loud. https://t.co/OzwE5wLP08

Last word(s) to Pete himself.

…and I would like to mention you can buy my artwork prints here https://t.co/OIqseiWvxw (plug over)