We have to confess we hadn’t come across Republican congresswoman Lauren Boebert before.

Just in case – like us – you’re not overly familiar, Boebert faced calls to resign after tweeting information about Nancy Pelosi during Capitol riot and does Zoom calls with backgrounds like this. 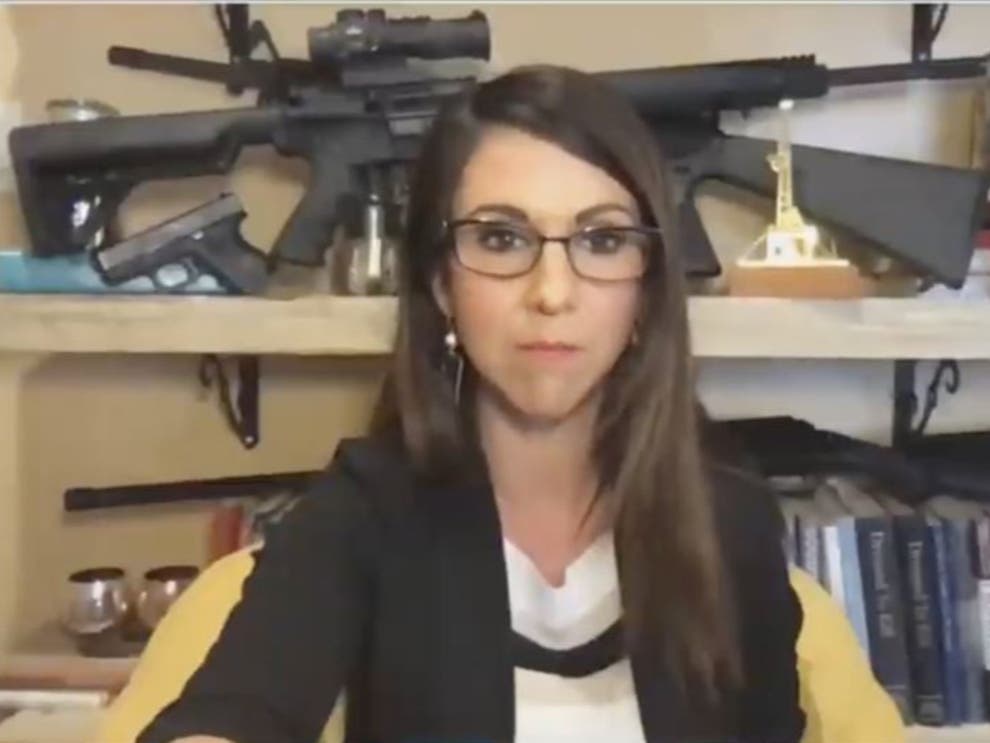 Anyway, we only mention her because she took aim at Joe Biden on Twitter with what she presumably thought was a perfectly executed bit of trolling.

But lots of people thought it was actually a rather glorious self-own.

This comeback – reflecting a lot of others like it – says it best. 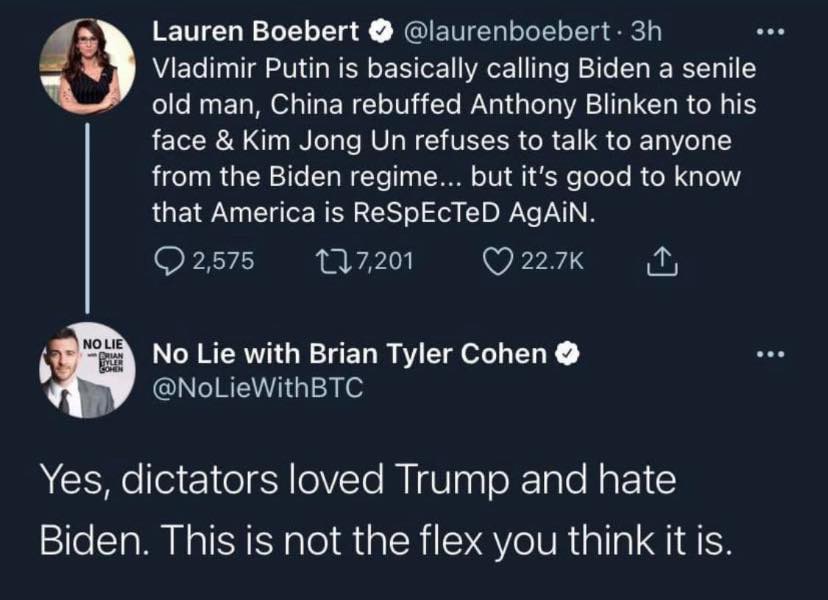 ‘Vladimir Putin is basically calling Biden a senile old man, China rebuffed Anthony Blinken to his face & Kim Jong Un refuses to talk to anyone from the Biden regime… but it’s good to know that America is ReSpEcTeD AgAiN.’

‘Yes, dictators loved Trump and hate Biden. This is not the flex you think it is.’

‘Looking for approval in all the wrong places,’ said robaato72 who shared it on Reddit.

‘It must be nice to have being an idiot as your single most marketable skill.’ TinMayn

‘It’s s very lucrative career path in the US right now. Not many have what it takes to completely they’re away dignity and self respect, but if you can do it … Straight to the top.’ JuniorSeniorTrainee