The woman formerly known as Dr. Gillian McKeith, until she was forced to drop the title on account of *checks notes* not being a doctor, is known for two things:

1. On the TV show You Are What You Eat, Not-A-Real-Doctor Gillian would examine the poo of the poor individuals trying to change their bad eating habits.

2. She was responsible for what appeared to be a spectacularly fake faint on I’m a Celebrity, Get Me Out of Here.

On Saturday, thousands of anti-lockdown protesters, unhappy with the measured exit from restrictions currently underway, decided to squash into the streets of London without masks to make their feelings known.

from Facepalm GIFs via Gfycat

The flouting of restrictions received the reactions you might expect.

The good news is we have discovered an instant cure for Covid!
The bad news is that it would involve dropping a bomb on Trafalgar Square right now. #londonprotest pic.twitter.com/cv8g9cpWf6

Why were all the so-called free thinkers on the anti-lockdown march walking in the same direction?

Remember that Laurence Fox is an actor, any event he's at is obviously fake.

Gillian McKeith, however, tweeted her full-throated support for the protest, aligning her voice with that of such heavyweights of reason as James Delingpole, Piers Corbyn and Laurence Fox. 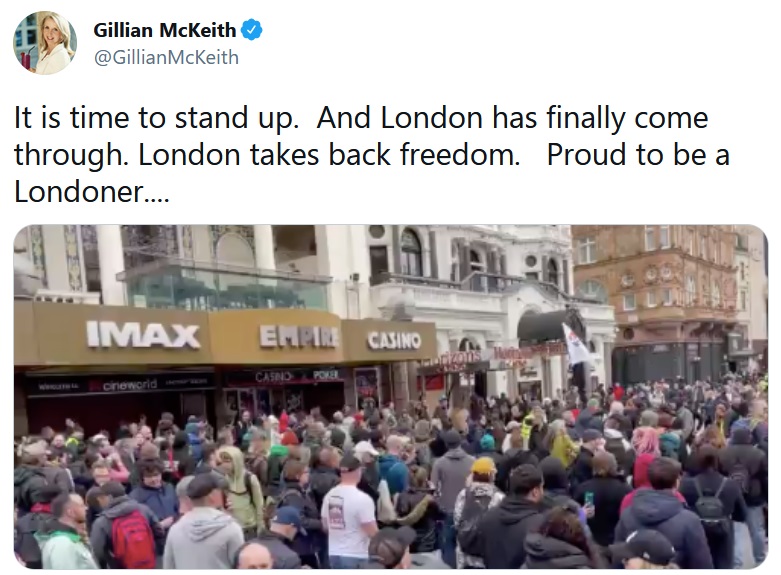 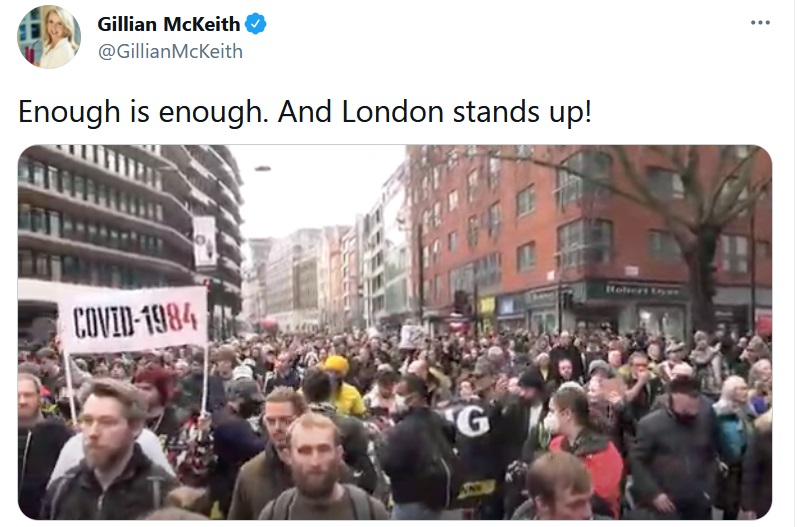 No surprise that Gillian McKeith – a woman who said she was a doctor until the Advertising Standards Authority told her that she wasn’t and couldn’t claim to be; who pretended to faint on live TV; whose books have “no scientific basis” – is a Covid crank.

To be fair, Gillian McKeith is quite well qualified to comment on pieces of shit.#londonprotest https://t.co/BdZIioGEEB

Gillian McKeith's neighbours finally rise up to complain about the stench coming from her Tupperware cupboard. pic.twitter.com/xpskNzeq08

Simply 9 favourite comebacks of the week