The brutal takedown of a troll who asked ‘have the millennials been humbled yet?’ is next level stuff

Takedown of the day goes to this response to a troll of a certain age who asked: ‘Have the millennials been humbled yet?’

And we’re glad they did because this response was brutal and quite magnificent. 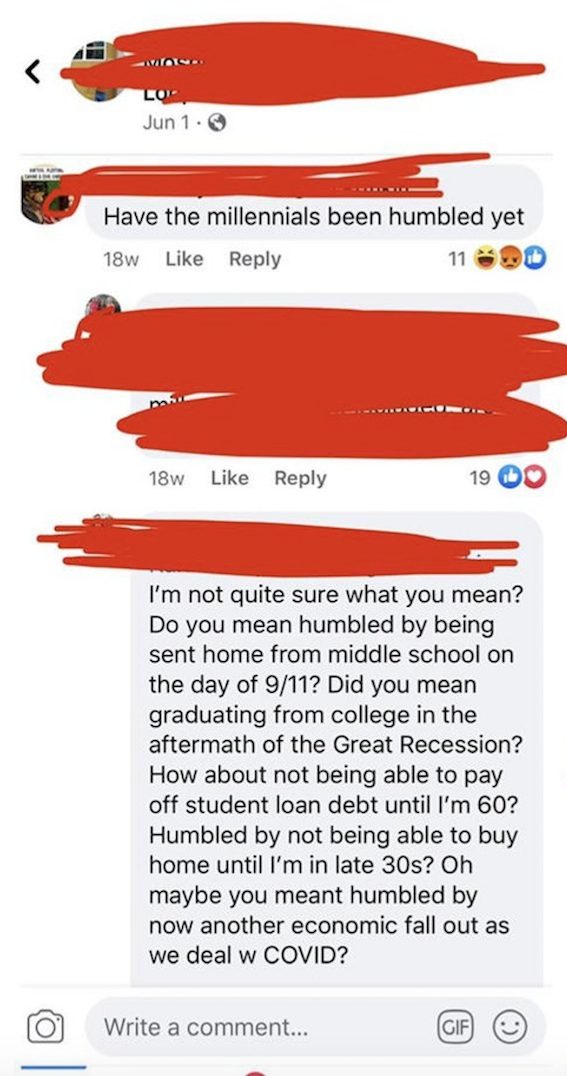 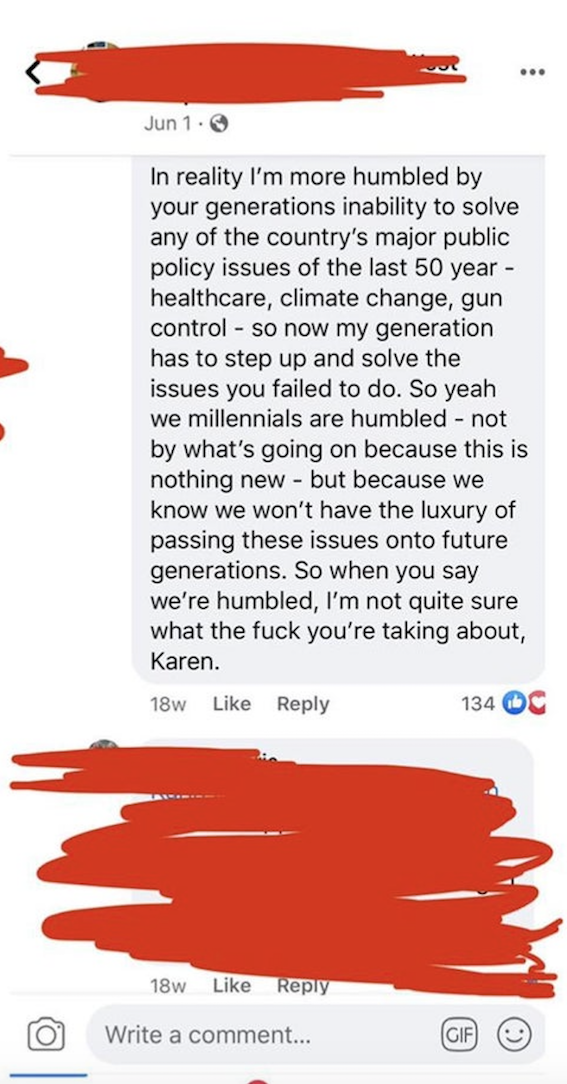 It went viral after it was shared on Reddit by (among others) beerbellybegone who said simply: ‘Holy crap.’ Quite. Here’s what other people made of it.

‘Look at this guy flexing being able to buy a home in his late 30s.’ MisterOminous

‘I just wanna know her reply to that absolute body slam of English she got hit with.’ Robmerrrill427

‘Honestly, I don’t. It’s probably going to be some double down bullshit about how we millenials don’t want to work hard and expect everything on a silver platter.’ Lasdary

‘I love how all of the problems the murderer mentioned could still be solved by boomers, since they basically control the government, yet they are too fixated on maintaining the status quo so they can live out the rest of their years in a society they’re comfortable with.’ FalconFiveZeroNine

Comeback of the day (not this one, another one)