This amazing story about ‘Gary Oldman’ and Man on the Moon went viral because, well, no spoilers

This is a brilliant story about ‘Gary Oldman’ that went viral after it was shared by @biancaseminara over on Twitter.

It’s about the auditions process for Man on the Moon, the 1999 Andy Kaufman biopic directed by Milos Forman and produced (and co-starring) Danny DeVito.

‘Gary Oldman’ auditions for Man on the Moon. pic.twitter.com/powzqyTy54

And just in case that’s tricky to read, here it is again. 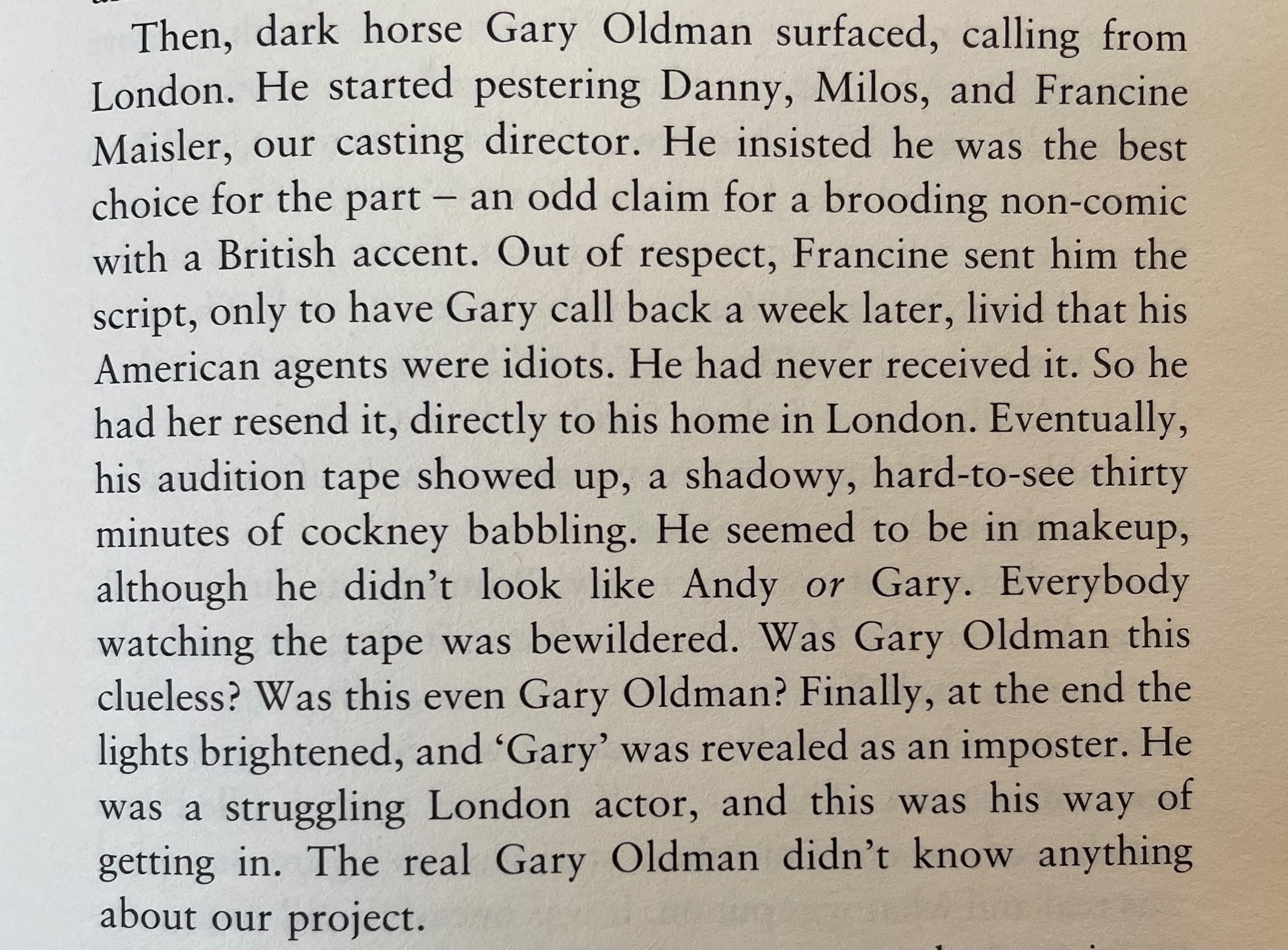 Of course it was Jim Carrey who ended up in the title role. Here’s what it says about the tale over on IMDb.

‘A man impersonating Gary Oldman discussed the project with an unsuspecting Danny DeVito for months and even submitted an audition tape to Milos Forman.

‘The real Gary Oldman had passed on the role of Andy Kaufman months earlier, and became aware of the scam after he found his name listed as one of the actors auditioning for the part.’

And just in case you’re wondering where it’s from.

It’s from @Karaszewski ‘s introduction to the Man on the Moon screenplay.

This shop’s health & safety announcement is a massive facepalm