Donald Trump, you’ll remember, spent much of his last year in office downplaying the coronavirus.

And when Joe Biden took office, he said the previous administration had left no roadmap for the distribution of the vaccine.

Except now he’s no longer president, Trump is keen for everyone to know the vital role he played in battling the pandemic.

this is the saddest thing i’ve ever read pic.twitter.com/kahJKNZAAW

And here it is again, just in case that’s tricky to read. 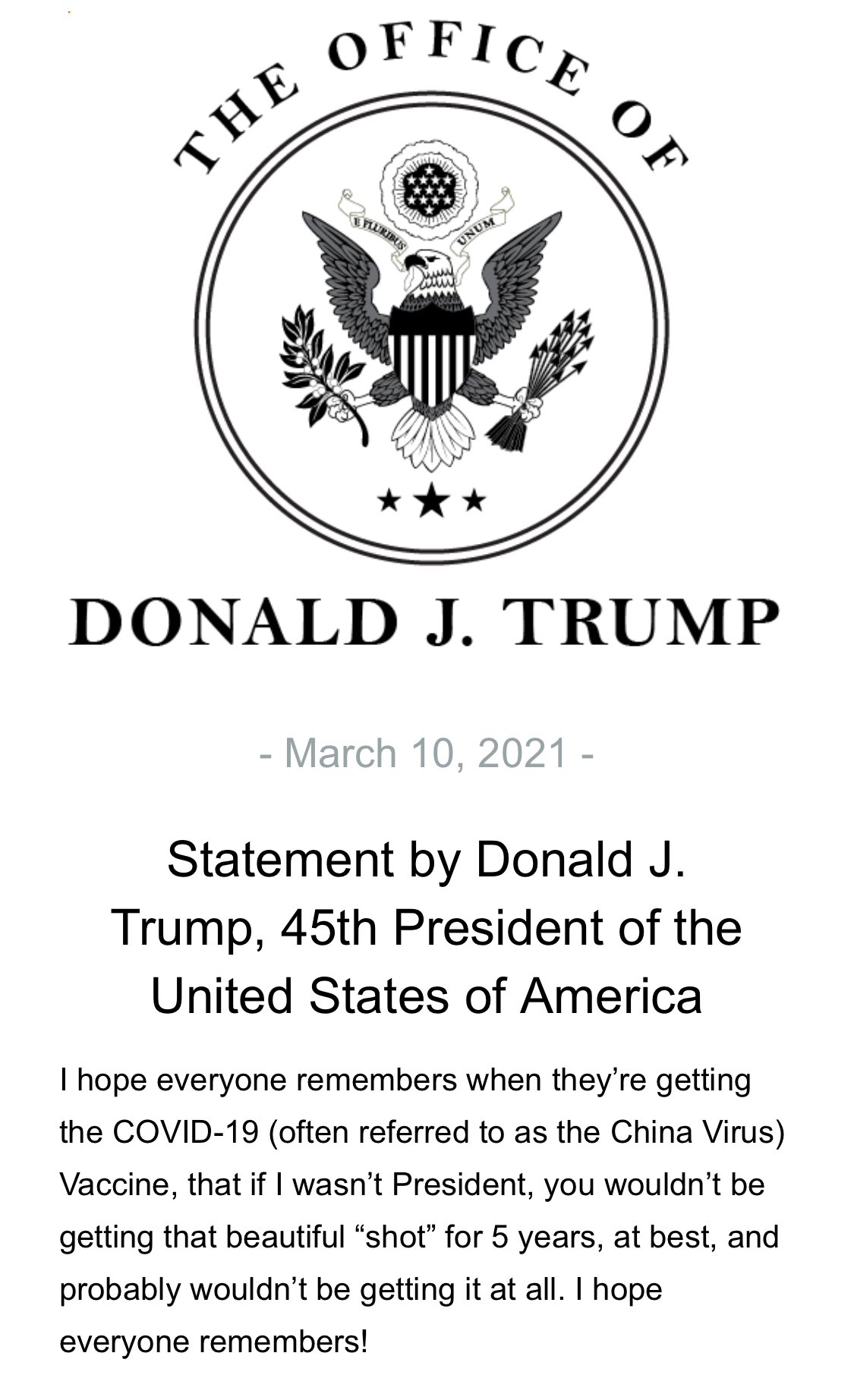 The ‘shot’ in inverted commas is our favourite and surely the most Trumpian bit.

It took quite a bit of persuasion to convince people that it’s real (it IS real).

Wait.. this is real? I genuinely thought it was parody first time I saw it.

Is this a joke

In a sense, yes it is

stop asking me if this is real. i’m not american. y’all elected him.

And when it had finally sunk in, here are our favourite responses.

Alexa, show me the most pathetic thing anyone has ever seen in the history of the galaxy. https://t.co/TCdD9cEUyO

oh my god it fits in a tweet. the posting mindset can never be shaken https://t.co/nIqYkYiqBr pic.twitter.com/m09Ku8szuE

It's so perfect that what was once a silly joke – taking Trump tweets and putting them on official letterheads like a presidential statement – is now literally the actual way that Trump tweets https://t.co/tzpQGKPmRQ

All I remember is how thankful I am that you’re gone.

Don’t worry Mr Former President, no-one will ever forget what you did during the coronavirus.

Zoom meetings have taken over the world – 17 favourite funny tweets