With a crucial budget looming on Wednesday, all eyes and ears have been on Chancellor Rishi Sunak, hoping for indications of how he plans to support workers and boost the economy.

Alongside the usual spate of leaks from the political colander that forms 10 and 11 Downing Street came this slick trailer.

One year ago I was preparing for my first ever Budget.

A lot has happened since then, but the promises that underpin our plan remain unchanged.

It was Rishi all along.

It was difficult, at times to work out whether it was an information video or a series of shots for Sunak’s modelling portfolio.

“Here I am, laughing at spreadsheets.” 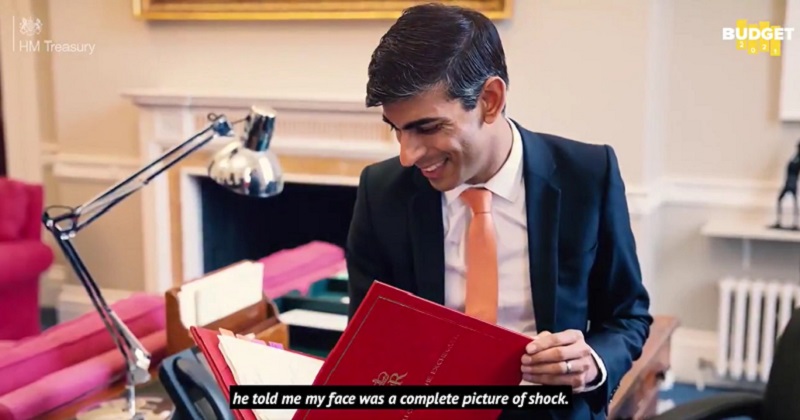 “This is actually my packed lunch – a Tesco Meal Deal, if you must know.” 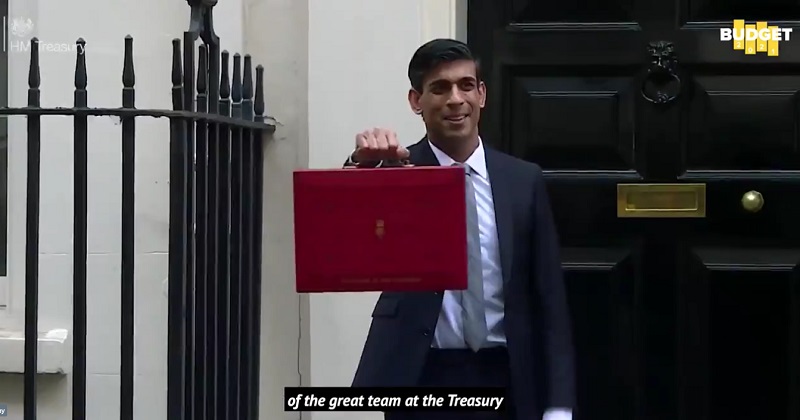 “I’m on page four of this report and it’s only mentioned my name twice.” 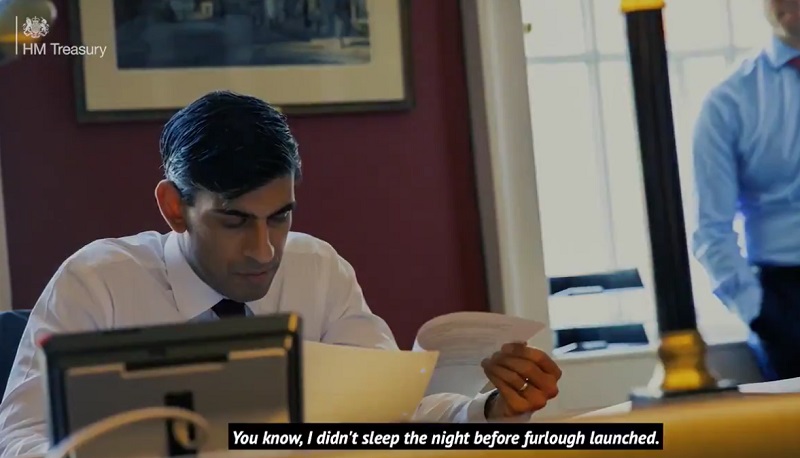 The arguably needless self-promotion got the reception you’d expect.

Me, seeing that Rishi Sunak's video is more than five minutes long. pic.twitter.com/ToRjdmh1Rp

Think the one thing that kept me going even through the darkest days of 2020 was knowing what an amazing year Rishi Sunak was having https://t.co/lUUf9QOegH

If I spent the last year in government leaving 3m self-employed people to starve while 130,000 people died (some because I'd bribed them into restaurants) I wouldn't make a soft-focus pop video about it.
I reckon I'd assume people would think I was a tone-deaf psychopath if I did https://t.co/lFug7hfPqg

123,000 dead and you want a tummy tickle because you’ve learned how to carry a red briefcase.

Can't believe he's breaking up the band and releasing a solo album. https://t.co/OJCdA5VPDD

Nice to see the pandemic make a brief cameo in The Rishi Sunak Show https://t.co/HgSddf4OsY

You're so vain, you probably think this pandemic is about you. https://t.co/IpR0vaZsUp

mate you did some OT to smack together a few spreadsheets, let's not act like you were personally holding the line at Helm's Deep https://t.co/LeSto5HAzl

It is very important to pause at this point and spend fully five minutes and forty seconds viewing the last twelve months through the prism of Rishi Sunak’s career. https://t.co/pmU3zfAlvF

If the video reminded you of anything, this might jog your memory.

Perhaps he’ll stand up at the despatch box holding cue cards and declare undying love for Keir Starmer. Add that to your bingo card.