With the Six Nations tournament in full flow, there’s a lot of rugby in the news – but not everybody understands the game. This explanation from the Ask Audrey column in the Irish Examiner has resurfaced just in time to clear up any confusion. 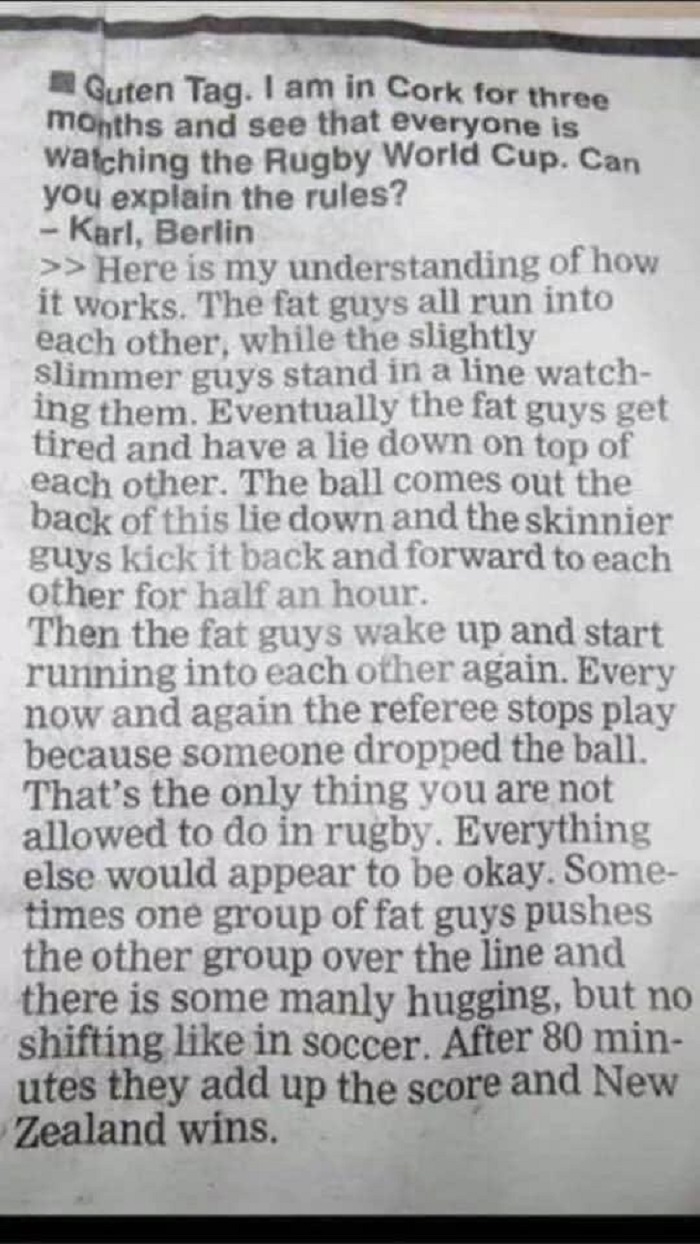 “Here is my understanding of how it works. The fat guys all run into each other, while the slightly slimmer guys stand in a line watching them.

Eventually the fat guys get tired and have a lie down on top of each other. The ball comes out the back of this lie down and the skinnier guys kick it back and forward to each other for half an hour. Then the fat guys wake up and start running into each other again.

Every now and again the referee stops play because someone dropped the ball. That’s the only thing you are not allowed to do in rugby. Everything else would appear to be okay. Sometimes one group of fat guys pushes the other group over the line and there is some manly hugging, but no shifting like in soccer.

“After 80 minutes they add up the score and New Zealand wins.”

Excellent summary. Maybe refereeing would have been easier if I worked from this instead of the RFU rules of the game.


Do your Twitter timeline a favour by following the man who wrote it, @Askaudreylike.

Donald Trump’s Atlantic City casino has been demolished and did people make jokes? You bet