This lovely old tale of a teacher who wore the same outfit on his school photo day for the entirety of his career has just gone viral on Reddit.

It was shared by Redditor Bmchris44 who called it: ‘The Moustache Chronicles’. 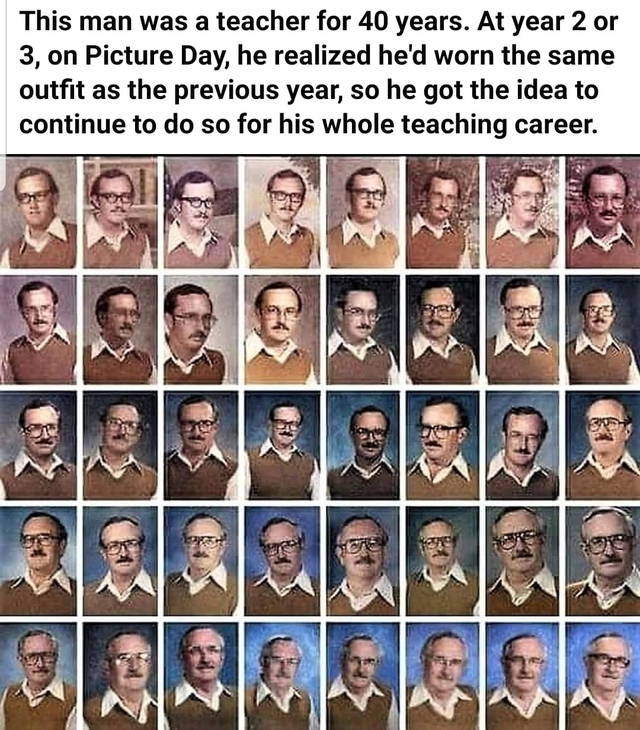 It’s Texas gym teacher Dale Irby, who was the subject of lots of stories back in 2013 when his commitment to the cause became apparent.

Back then he explained that it had started by accident after he noticed he had worn the same outfit on picture day two years in a row. His wife dared him to do it again and, well, here we are.

And these are our favourite things people said after the story went viral all over again on Reddit.

‘He is a legend!’ CEO_of_StUpIdItY

‘Kudos for still fitting into the same shirt for 40 years. An accomplished in its own right.’ weekend-guitarist

‘Yep. From the article: “Uh, yeah, if I suck it in a little,” he confessed.’ JeremyStein

‘That 3rd row, 7th column pic though. A total bae compared to every other pic.’ PlatypusOfWallStreet

Simply 17 funny (and infuriating) fails by employers trying to hire