‘Anyone in any doubt who the coolest Beatle was, read this George Harrison story …’

People love this story about George Harrison, Phil Collins, and the case of the missing congas on the former Beatle’s debut solo album, All Things Must Pass.

It was shared by Calvin Betton – @Calvbetton on Twitter – and went viral, wildly viral.

Anyone in any doubt about who the coolest Beatle was, I heard this story about George Harrison from Phil Collins years ago, and was reminded of it on a podcast recently. It’s brilliant. Enjoy. pic.twitter.com/FNOnNEKDWF 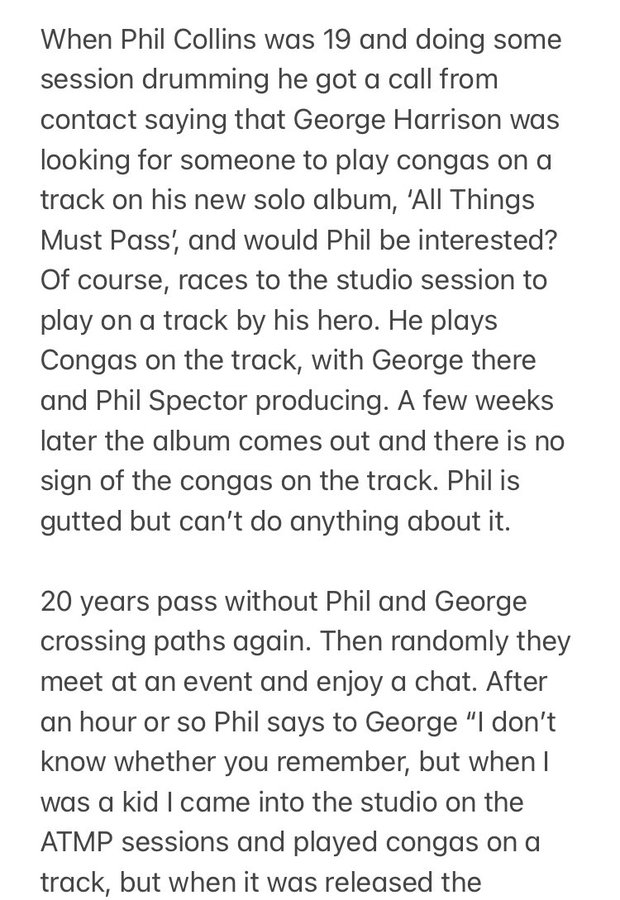 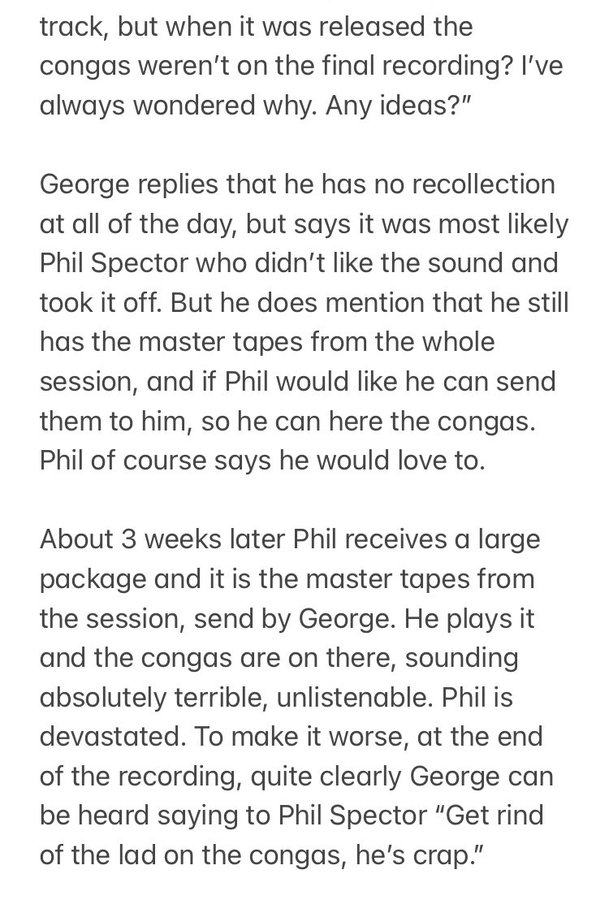 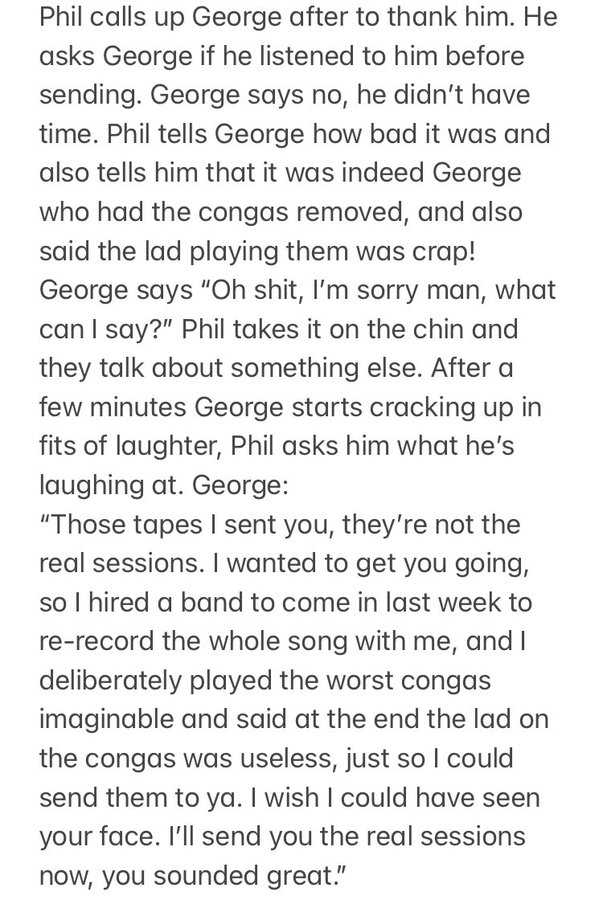 That wasn’t just any band he hired, he got the legendary percussionist-to- the-stars, Ray Cooper to deliberately play badly. Class.

Here’s what it’s from.

From the brilliant @WIYElondon pod. The story is also apparently on Collins’ autobiography. I also heard him tell it in an interview about 15 years ago just after George passed away.

This is devious and I love it https://t.co/DgcFasiLds

Wow I suddenly have an opinion on who the best Beatle is https://t.co/lrarNooHyG

There’s lots more of this sort of thing here, courtesy of @Calvbetton.

For anyone interested, I’ve got a whole thread of similar stories from the world of rock n roll: https://t.co/Gnr2TiWXzM

17 cringeworthy encounters with celebrities people really should have recognised

17 cringeworthy encounters with celebrities people really should have recognised