Takedown of the day

The latest in our occasional series, takedown of the day, comes this humdinger shared by beerbellybegone over on Reddit. 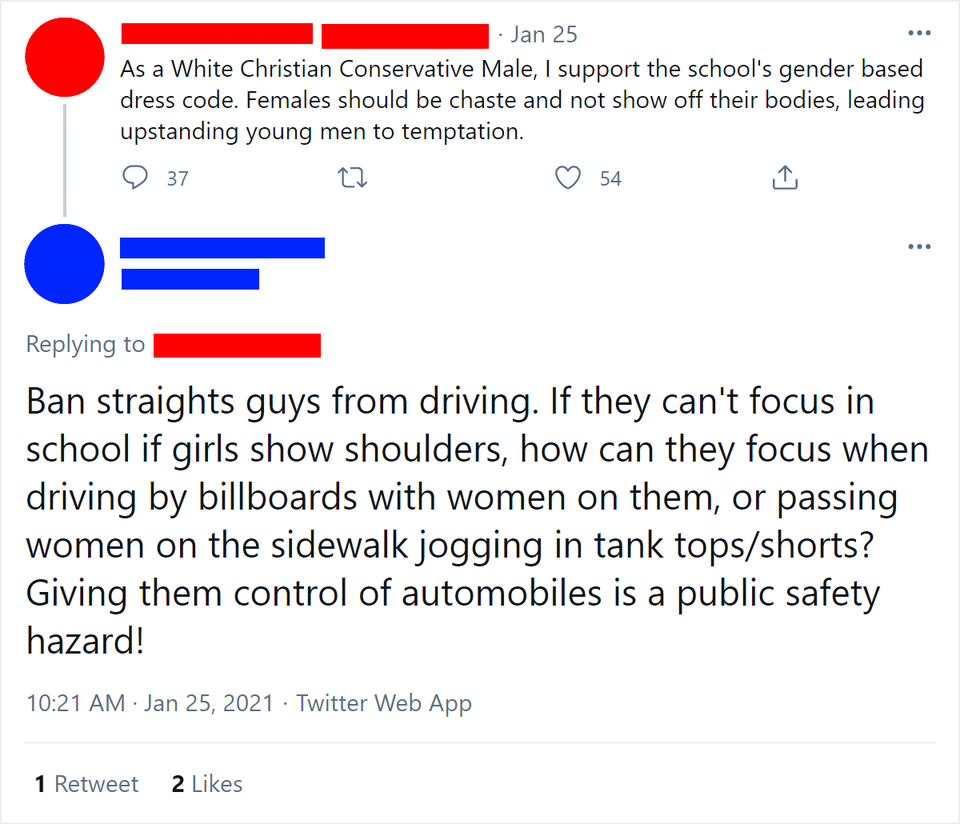 And here are just some of the comments it prompted after the exchange went wildly viral.

‘People like that always end up saying more about themselves than they think.’ ScumBreedsScum

‘The word ‘females’ activated my fight or flight response.’ Jolkien-RR-Tolkien

Why does he have to mention he’s white? How is that relevant in any way to what is being discussed?’ TheKingOfRhye777

‘It gives him more authority see. At least in his head?’ kwenhera

‘I mean come on man, have you even read the Bible? Matthew 5:29 man, let those kids gouge their eyes out!’ manaratan

‘Isn’t it just amazingly stupid when someone claims that men can’t control themselves around women, men being utterly irresponsible sex pests by nature, and then claims men are the only rational and superior ones and must be in charge of everything? Dude which one is it?’ Pondnymph

Good Morning Britain shared the stories of some of the 100,000 people who have died of Covid and it’s devastating