You might have seen that brilliant Time magazine cover perfectly illustrating the chaos that Joe Biden has inherited at the White House from Donald Trump. 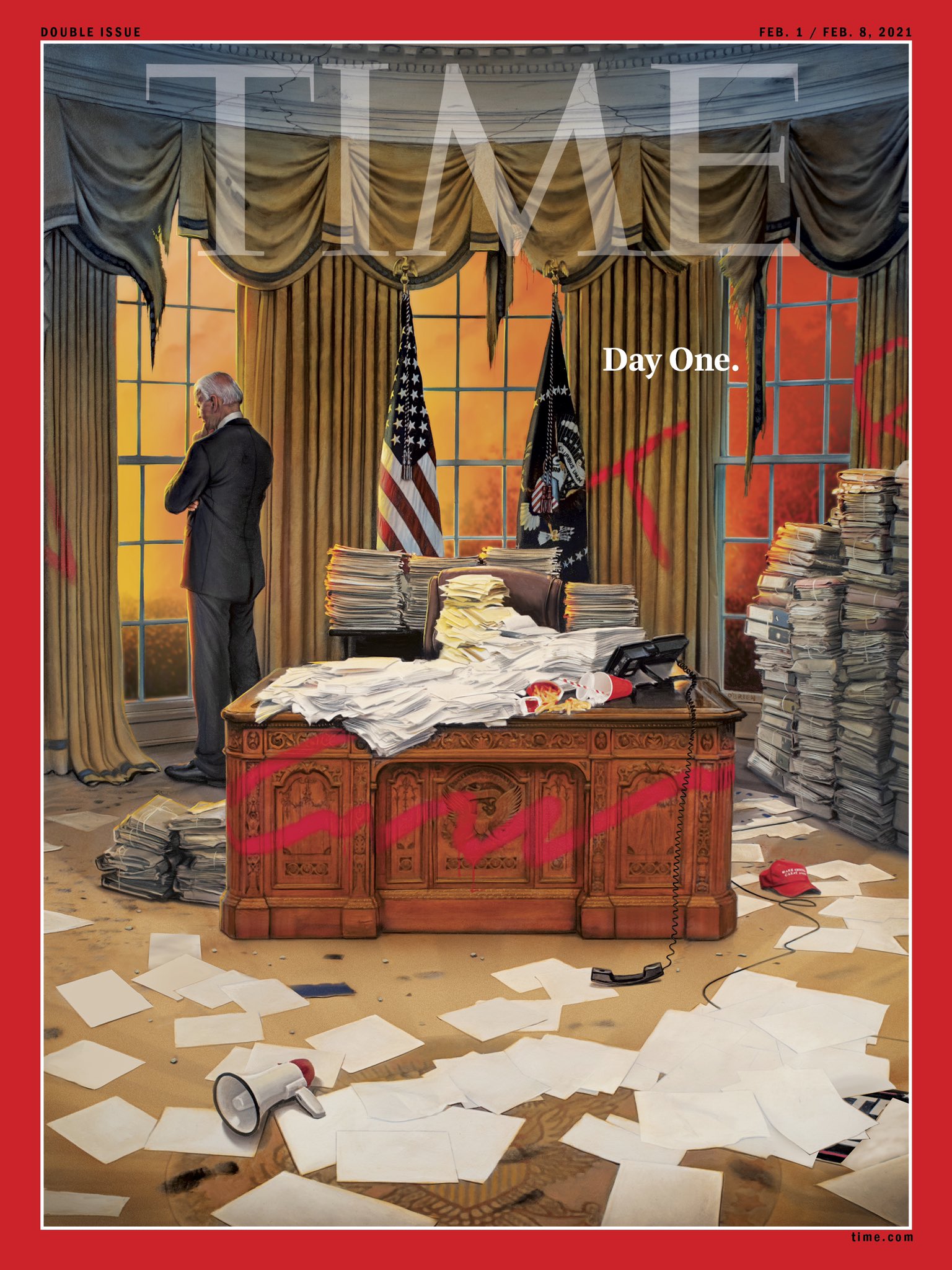 Harris Faulkner appears to be unfamiliar with the concept of satire pic.twitter.com/8cXBUDrM0B

And here are a few of the comments it prompted.

me, screaming this through all three hours of Avengers Endgame https://t.co/iAwuOClVlr

"That's not real" I shout at every painting in MoMA https://t.co/IcWVXJLnbs

1 You work for @FoxNews. So I would never talk about "facts" again.

2 That is an ILLUSTRATION which if you had ANY knowledge of Time (magazine) you would know that illustrations have been part of their history since first publication in 1923! https://t.co/GlXlWs3rs8

This clip is hilarious but the thing it illustrates is how desperate Fox News is this week for things to pretend to be mad about https://t.co/xQLJUUwBtJ

‘The difference between the current and previous administration’

‘The difference between the current and previous administration’