There’s a subReddit called ‘facepalm’ which does exactly what that suggests and this is a classic of the genre.

It’s a tweet from a little while back highlighting an anti-vaxxer who’d worked out how to get one over on Big Pharma and was keen to share it with their followers.

It went viral all over again after it was shared by Redditor lucynyu13 who said: ‘Big Pharma 0, raw potato 1!’ 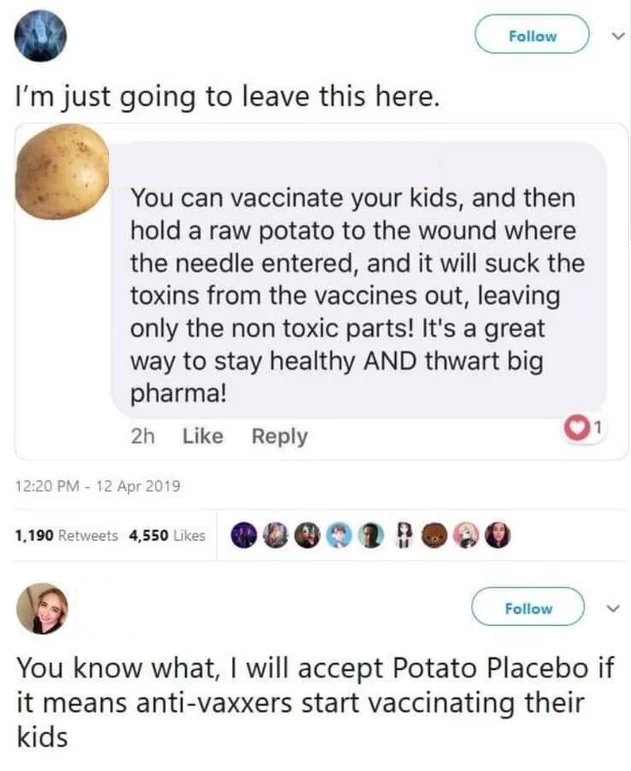 And a few favourite replies …

Sweet potato, russet, red, Idaho? So lacking in details. How long does it take, is more time needed if a polyValent vaccines? 🥔

So, is eating french fries a form of cleanse?

This will yield better results than any amount of time spent trying to educate these people.

Let them believe it. At least the kids will be vaccinated.

‘If we can get kids to be comfortable with pulling out a tooth by telling them the tooth fairy needs it, I’m totally ok with telling people a vaccine is safe because the Potato Fairy sucked out all the toxins.’ chickaboomba