This video of a pair of jousting corgis went viral because, well, watch

We didn’t know corgi jousting was a thing and very possibly it isn’t.

But it happened, a pair of jousting corgis who went viral on Reddit after it was shared by CorgiRawr who said: ”My corgis decided to joust … they were both ok.’

Thank goodness for that.

‘Corgi jousting. Something I didn’t know I needed till today.’ Sharinganjaman

‘I felt bad after because I was rooting for one a bit too much.’ lemonryder 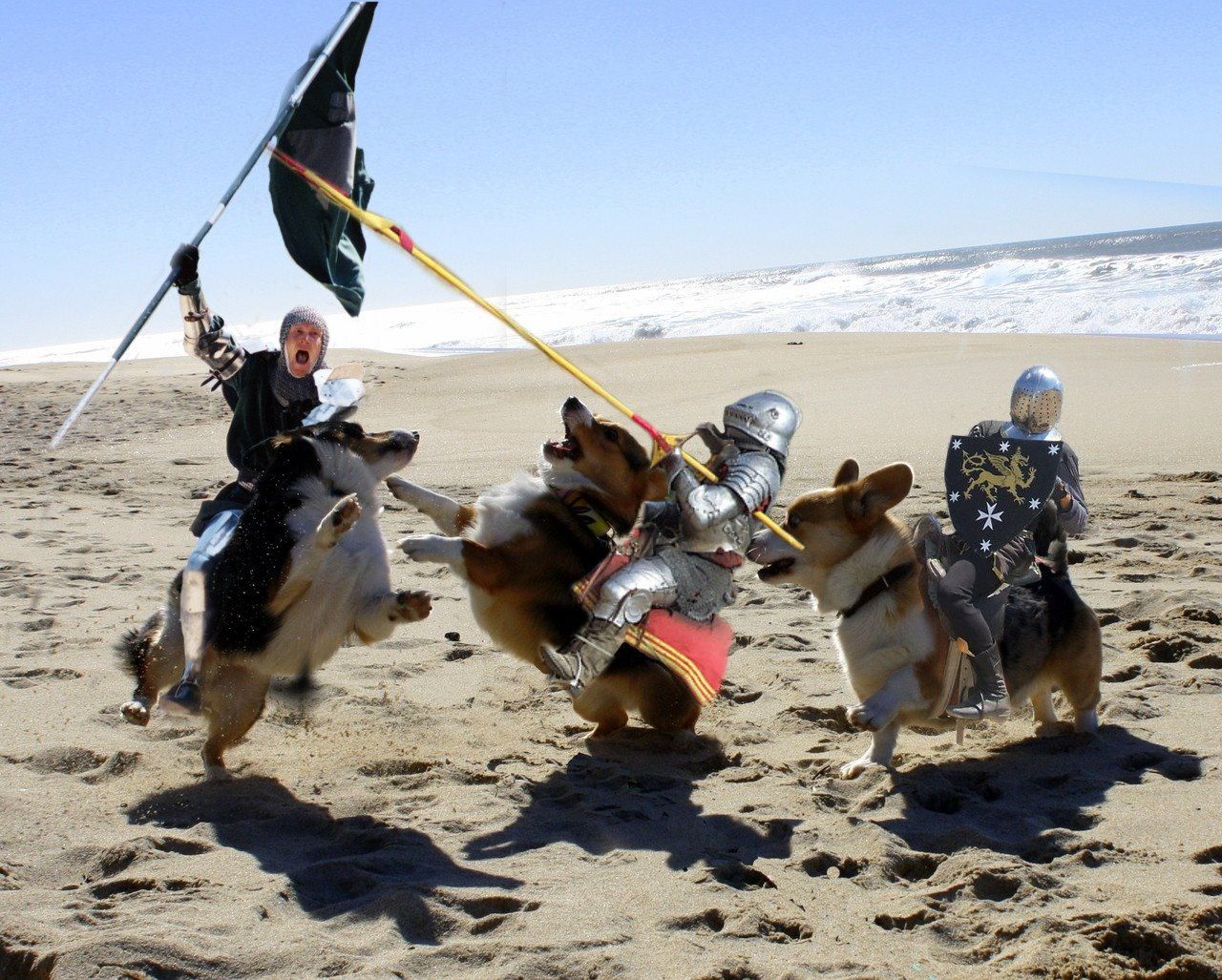