On a grim morning for democracy and much else besides, this unfortunate misunderstanding was a welcome ray of light.

Some very confused Americans misinterpreted what ‘Via Getty’ meant on this picture of a rioter casually walking away with a podium from Congress while waving to the camera.

Via Getty, one the rioters steals a podium from the Capitol pic.twitter.com/V4spojl40q

And it’s niche but very funny. 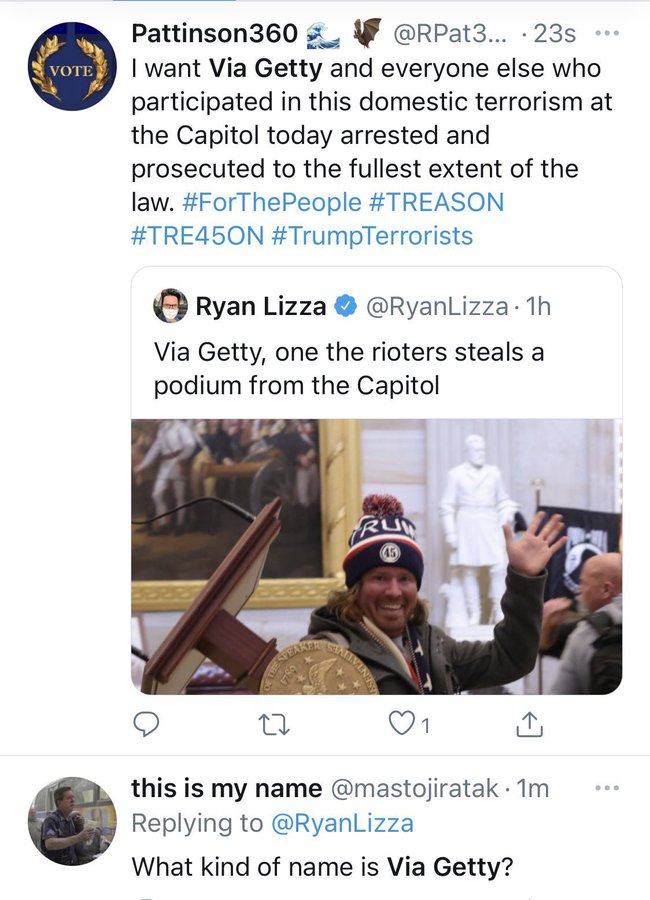 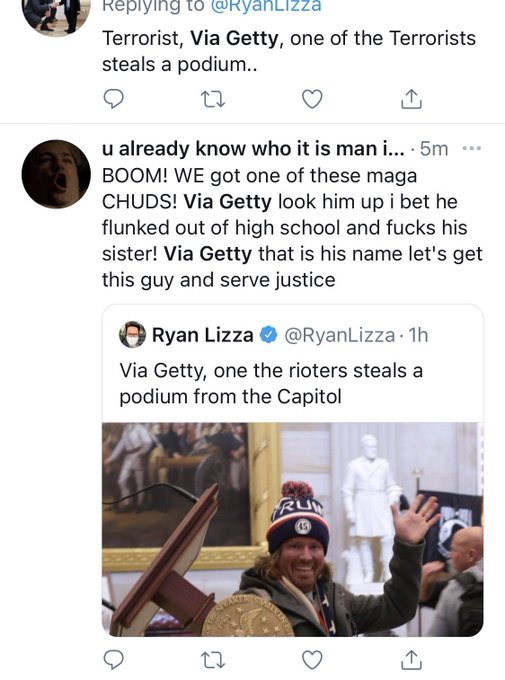 Just in case anyone was still in any doubt …

To be clear, “via Getty” is not a person. It just means that this photo comes via Getty Images. https://t.co/SZY4yQ0AlI

And just a few of the things people were saying about it this morning.

A little bit of humour…

Some people on Twitter think “Via Getty” is the name of a protester as opposed to an acknowledgment that Getty Images own the photos showing the protests… 🙈 pic.twitter.com/s8skXbV95n

Introducing the dumbest people in the history of social media:

People On Twitter Think Capitol Protester's Name Is "Via Getty" Because Of The Pictures Posted From Getty Imageshttps://t.co/3MX40evoBG pic.twitter.com/hXVMfZEAwb

“We have identified Mr. StockImages. What kind of name is that?”

"Via Getty" means from Getty Images. A reporter at a competing station once reported an 'exclusive' on a suspect's name in a major case. "His name is Fnu Lnu, according to the police report." The sheriff called up "FNU LNU stands for First Name Unknown/Last Name Unknown." https://t.co/rvHl9ZUEol

Absolutely losing it over the fact folks think this asshole’s name is “Via Getty” pic.twitter.com/A2e6rmroGD

We need to immediately arrest Via Getty and his accomplices Via Reuters and Via Ap https://t.co/yFPWSKZz2P

BREAKING: Trump has pardoned Via Getty.