An Instagram post by singer Courtney Love has reminded people of an extraordinary fact about her past. 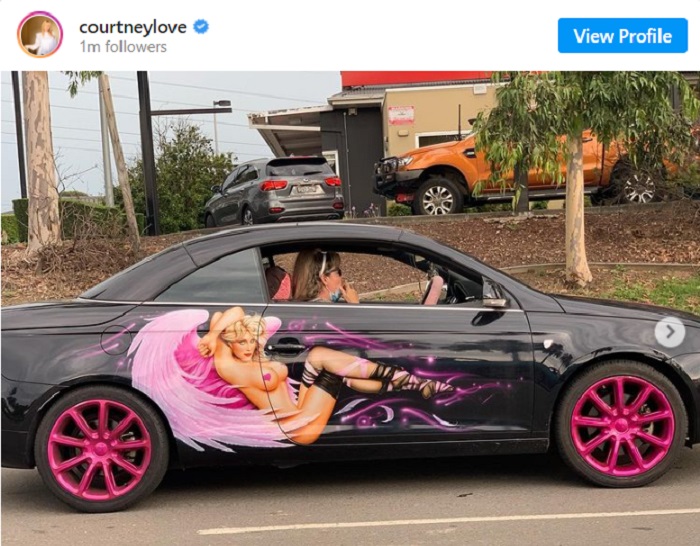 And here’s what she wrote to go with the picture. 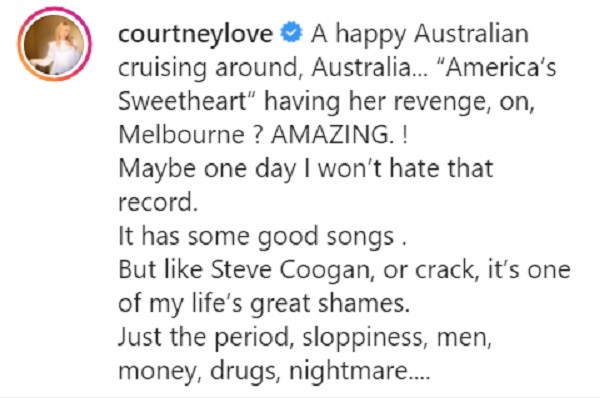 Steve Coogan seemed an odd inclusion, but it harked back to her brief fling with the comedian and actor. In an interview with Love Magazine, quoted by The Independent, she said:

“All it was was a couple of shags at the Sunset Marquis and I did not know he was Alan Partridge.

I had never seen Alan Partridge. But I was in a band with people who did know about Alan Partridge, so I had to make a record with them constantly saying to me: ‘Back of the net!’”

Funny tweeter, Jason – or @NickMotown – posted a screenshot, which quickly attracted the attention of thousands of people.

This quote from Courtney Love, expressing regret at her brief dalliance with Steve Coogan, is quite something. pic.twitter.com/TfeAX4Sjs3

These are a few of our favourite reactions.

Seen this on my TL 4 times now & laughed about it every single time https://t.co/F3TOvXW0GL

Never knew about that… and it is now, perhaps, one of the oddest sexual pairings I’ve ever thought of.

I'm imagining Rob Brydon reading this quote to him, in a restaurant, on one of their trips.

Now dying to find out what Courtney Love thinks of the pedestrianisation of Norwich city centre https://t.co/Q6ABM43m80

How am I only now finding out Courtney Love dated Steve Coogan????? It’s like finding out Angelina Jolie secretly had a fling with Mr Blobby

My sister said that if he and Courtney had a baby and it was a girl, it would have looked like Pauline Calf. 😀

Can’t argue with that.

next story
Breaking News: A panda playing with a snowman is the pick-me-up we need right now