You have probably seen Allison Pearson‘s latest hot and terrible take on the coronavirus crisis, in which she tried to suggest the vaccine isn’t necessary. 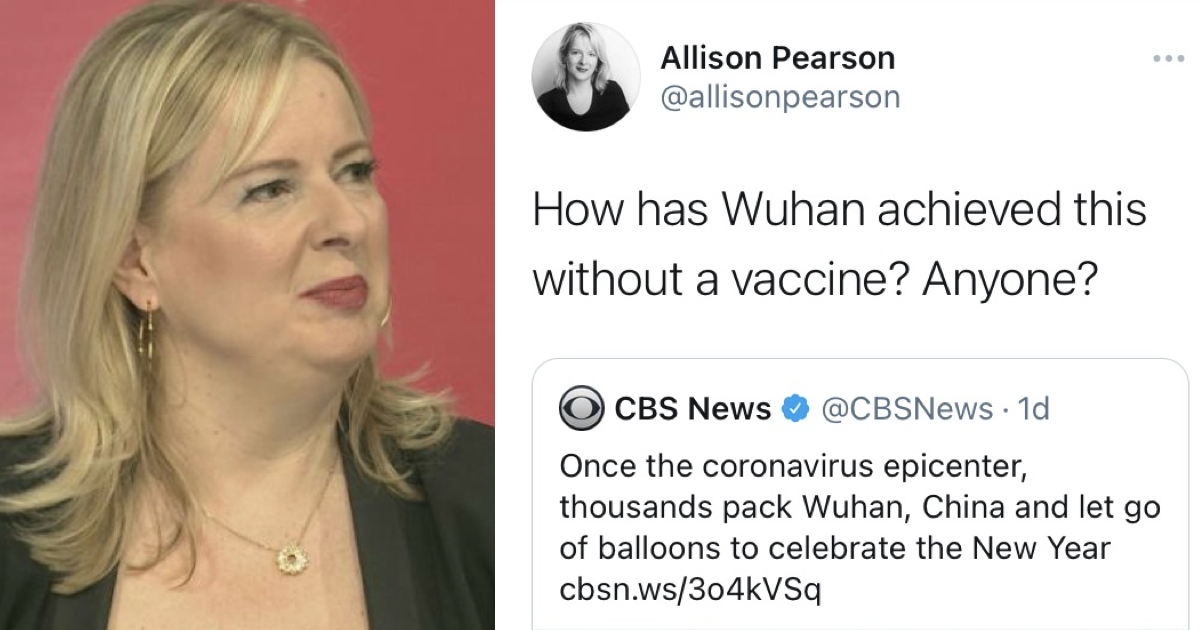 If not, you can read more about that here

However, an exchange that took place in response to her post led to a magnificent takedown that deserves some attention of its own.

Here’s how it panned out.

I taught a girl from Wuhan online during their lockdown. She didnt go outside for 3 months. Neither did her mum. Her Dad went to work, in a mask, and came home. They had 7 bags of shopping delivered every week, just left outside their door. They did this until the count was zero

One man wasn’t convinced. In fact, he was downright rude. 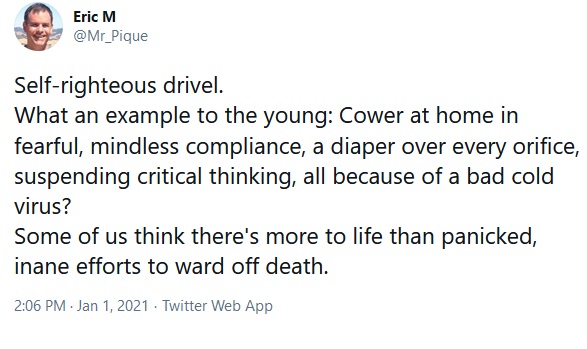 Anna Swartz had an analogy to demonstrate just how stupid his comment had been.

can you believe that during the blitz Londoners all turned their lights off so the German planes wouldn’t see where buildings were? What a terrible example, cowering in fear instead of going about their normal lives and getting bombed 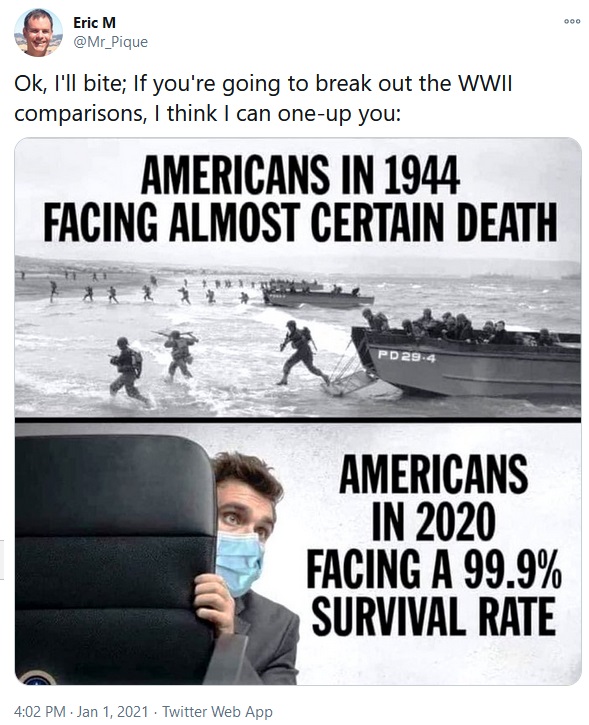 This takedown from @nolansordyl said everything that needed to be said.

crazy, your grandparents had to storm a beach under machine gun fire for the good of everyone else and all you were asked to do was to stop going to the fucking cheesecake factory for 5 weeks and even that was too much of a sacrifice to ask

It was so good, u/XpertTyper posted it to Reddit’s MurderedByWords forum.

We particularly enjoyed these reactions.

Calling people snowflakes or sheep for wearing masks, and then whining “My rights are being violated!!”

I swear, MAGA hats should be pre-lined with foil.
parkesc

When your lame attempt at a one up leaves you open to the bitch slap you deserve.
Dalamas2001

The biggest fattest irony is that those same vets are now at a higher risk thanks to these asymptomatic fucks.
Kitsumekat

‘I really don’t understand the logic of anti-maskers’

next story
Breaking News: Rufus Hound's live TV takedown of the government over free school meals on Dancing on Ice had everyone cheering