This hilarious literary misunderstanding has gone viral all over again because it’s so good.

It’s an answer to someone on Reddit who asked: ‘What word or phrase did you totally misunderstand as a child?’

And they don’t come much better than this … 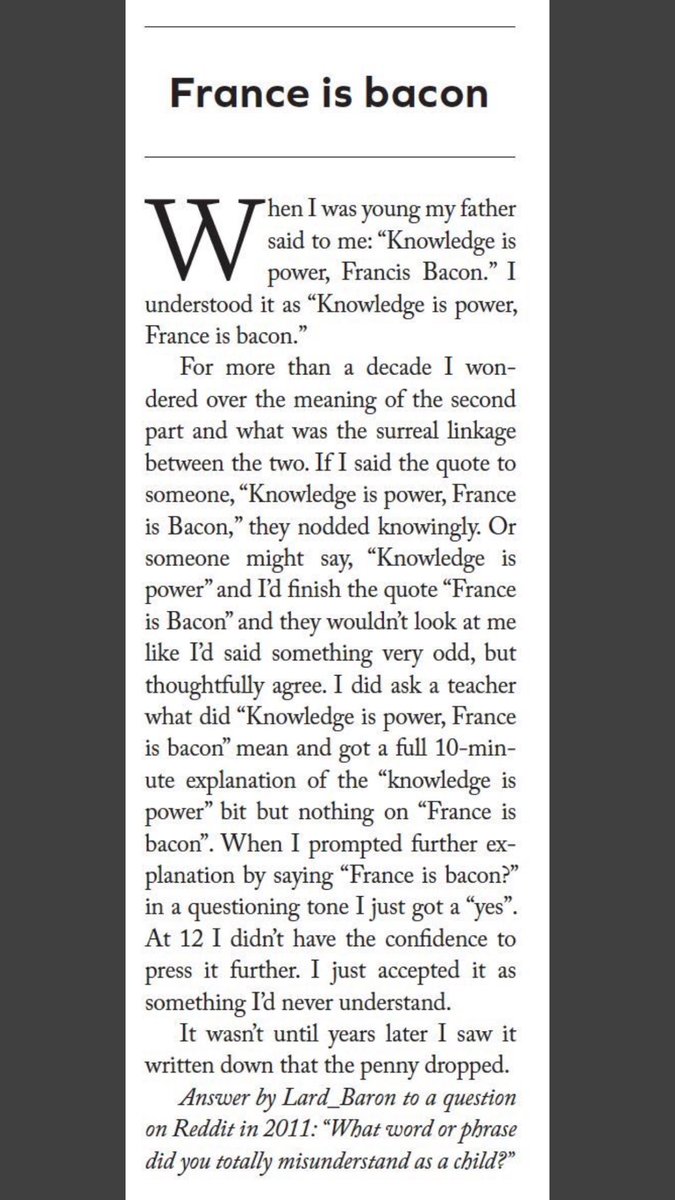 It was shared on Twitter by @SteveStuWill and it got people sharing their own misunderstandings, which were funny if not quite so epic.

haha, reminds me of my son after watching terminator 2 saying “I still love Easter, baby”

In the related category of misheard lyrics, for years I thought the Von Trapp children were saying "so long, farewell, our feet are saying goodbye". Which kind of makes sense. If you can vote with your feet surely you can talk with them.

Going to a restaurant in USA with little street English was a challenge. But I'm not stupid so when the fast speaking waitress ask me what I wanted I always replied: "Super Salad!". To my dismay a less-than-regular salad was always served. 10 years later is "Soup'or salad Sir?"

Reminds me of the time I asked what the Soup du Jour was, and the waitress told me it was “the soup of the day.”

When I was a child, I thought "good morning" is just a noise that you do when you meet someone. I did not realized it's two words meaning something.

I always thought Gods first name was Peter.
“Thanks be to God”.

In the 70’s I would hear news reports of Guerrillas fighting and for years I thought it was actual gorillas fighting with guns. I accepted it as fact and never questioned it 😁

For me it was Catholic School grades 1-3 and we had to say Hail Mary’s at mass and I always said it at the end : “Pray for us swimmers”. It didn’t make any sense but I just went along with it.

My parents told me that I didn’t have a middle name as they couldn’t afford one when I was born. I told people that as I believed it was true. Only in my mid teens did someone tell me that there’s no cost involved. 🙈