Freddie Mercury’s famous takedown of the Sex Pistols’ Sid Vicious has been trending today, a mere 43 years after it happened.

But it’s one for the ages and as enjoyable now as it presumably was then, shared by Laurie Charles (@TheStuffofMemes on Twitter). 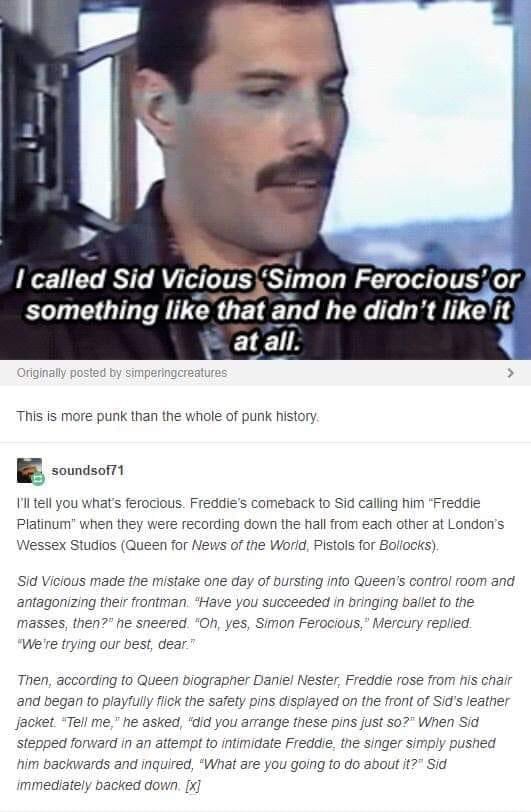 “Sid Vicious made the mistake one day of bursting into Queen’s control room and antagonising their frontman. ‘Have you succeeded in bringing ballet to the masses, then?’ He sneered. ‘Oh yes, Simon Ferocious,’ Mercury replied. ’We’re trying our best dear.’

Then, according to Queen biographer Daniel Nester, Freddie rose from his chair and began to playfully flick the safety pins displayed on the front of Sid’s leather jacket.

‘Tell me,’ he asked. ‘Did you arrange these pins just so?’ When Sid stepped forward in an attempt to intimidate Freddie, the singer simply pushed him backwards and inquired ‘What are you going to do about it?’ Sid immediately backed down.”

And it took us back to Elton John’s story, from his book Love is the Cure, about Freddie Mercury’s final days (it might make you cry). 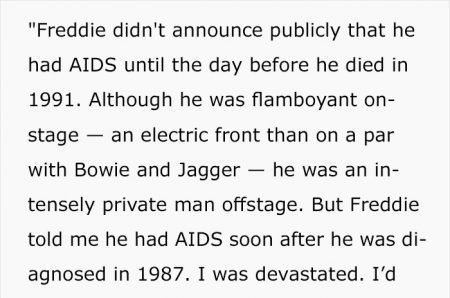 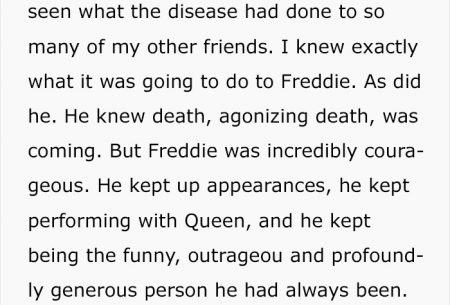 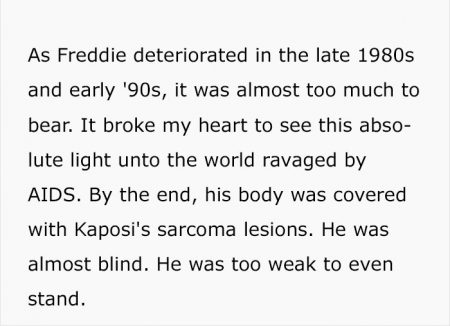 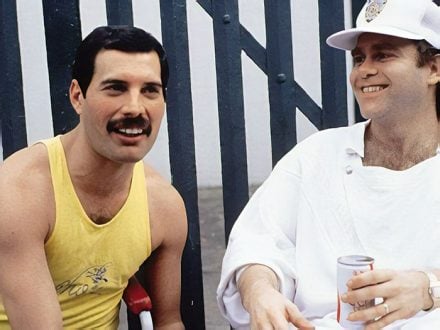 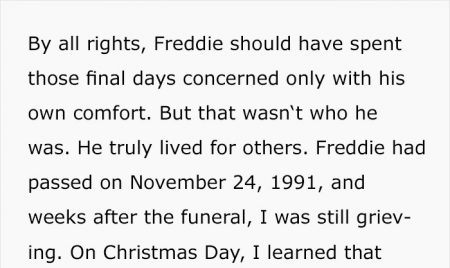 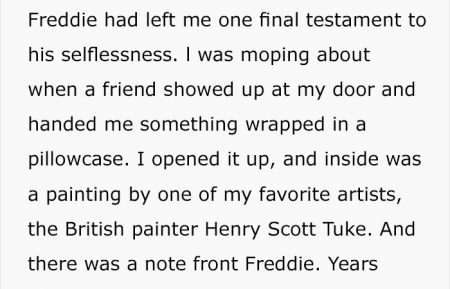 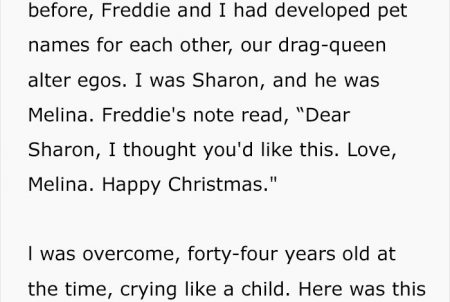 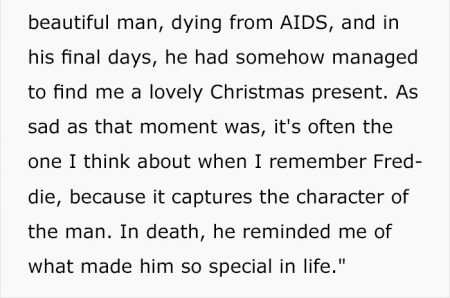 Sid Vicious died of a drug overdose in 1979.

Freddie Mercury died in 1991, from bronchopneumonia, a complication brought on by AIDS.