Here’s one of them, taking aim at an 108-year-old Welsh woman who became one of the first care home residents to get the jab.

We only mention it because the exchange that follows is sheer perfection. 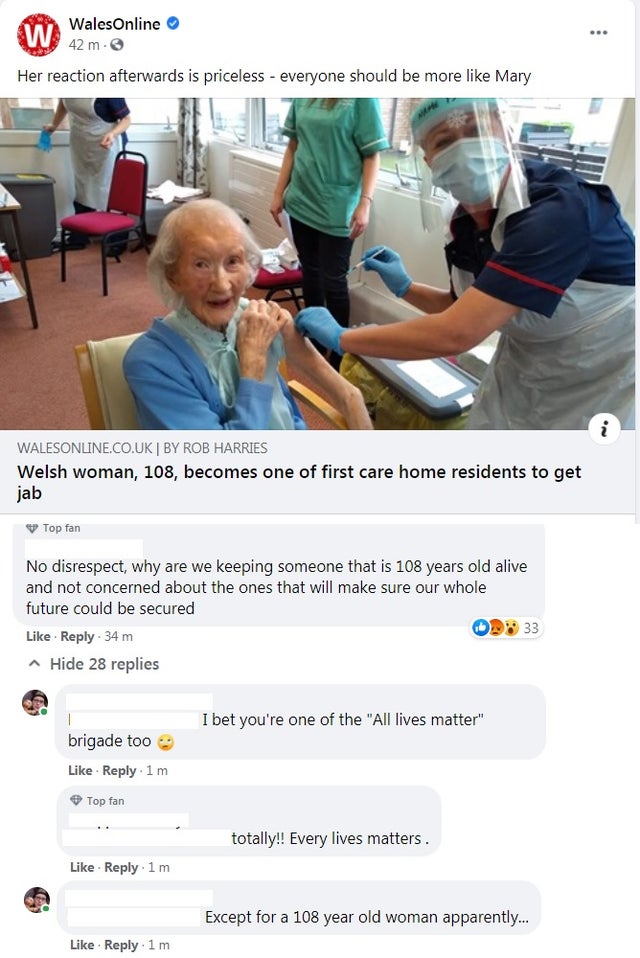 ‘Don’t you love it when they contradict themselves in the next f-cking sentence?’ Oishiio42

‘Ah yes, the classic “No disrespect, but I’m about to say some disrespectful bullshit”. Such fun.’ zensunniwonderer

‘I don’t even know this woman and I love her already.’ yesimthatvalentine