Over on Twitter Paul Joseph Watson – memorably labelled a ‘repulsive, racist, far-right, Muslim-hating, conspiracy theorist imbecile’ by Piers Morgan – has been busy trolling men who wear a mask to help save lives and stop the spread of coronavirus.

We only mention it because former Tory MP and government minister Edwina Currie – you remember – became everyone’s unlikeliest hero when she responded like this. 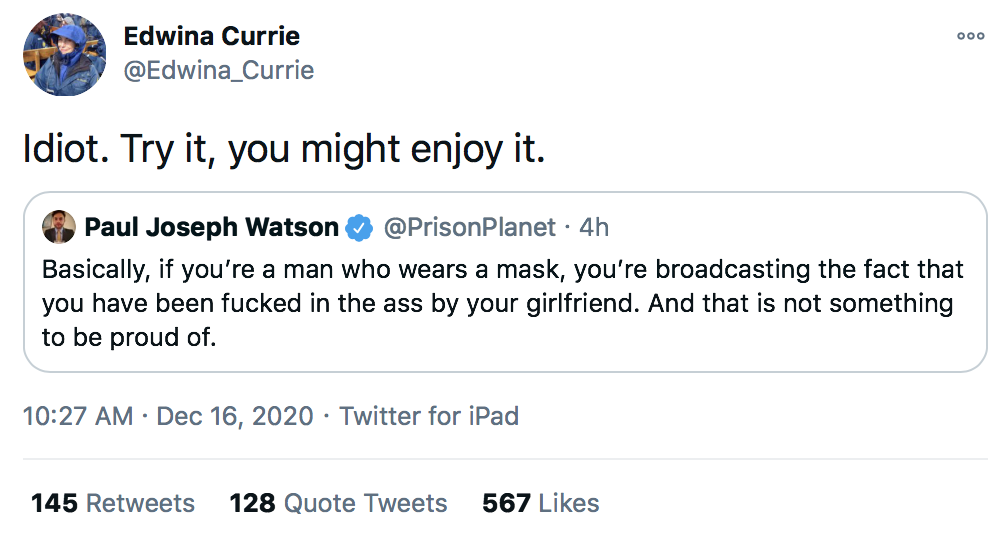 And if you thought lots of people’s minds immediately turned to John Major, you’d be right.

You’ve got him pegged.

Edwina, would you be interested in doing an op-ed for The House magazine on this? I’ll take 800 words.

Only one question remained.