Leading contender for comeback of the week is this, an exchange that began with a request for some low calorie meal advice.

A friend spotted it and it’s fair to say they weren’t entirely supportive. And it prompted a comeback of Michelin starred quality.

It went viral after it was shared by Redditor mattoconnor69 who said: ‘An extra large serving of reality.’ 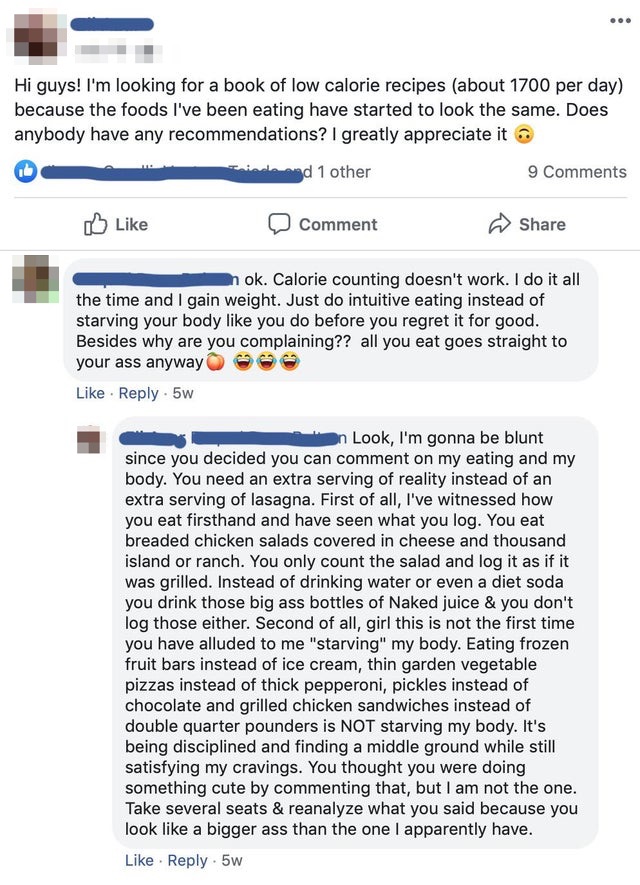 ‘How many calories was that serving of STFU.’ i_like_the_idea

‘She gonna log it all as a grilled chicken salad.’ Particular-Energy-90

‘Man I started counting the calories of popcorn that I was enjoying while reading that.’ frxgmnts