A picture is worth a thousand words and all the words in the world couldn’t deliver a takedown as devastating and, more importantly, hilarious as this effort from photographer Jake Walters.

The photograph resurfaced after it was announced that thousands of jobs were on the line after Phillip Green’s Arcadia Group fell into administration.

Here, take a look at the masterpiece yourself: 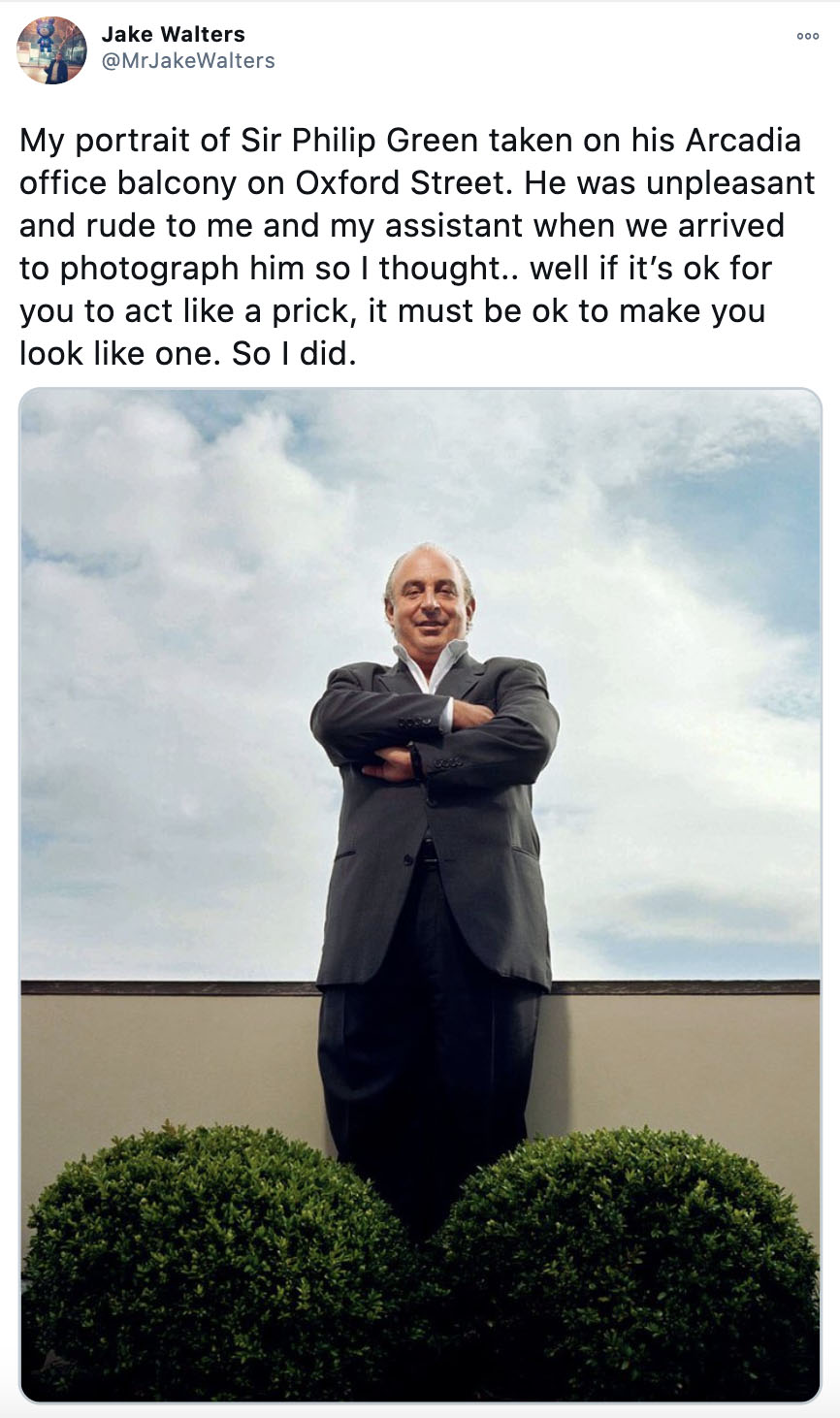 Speaking to HuffPost UK, Jake Walters shared his creative process: “I went on his balcony and I saw a long row of those topiary balls and I had the idea.”

And here are just a few of the things people were saying after the photo went viral all over again:

Be nice to people: you never know what their revenge might be. https://t.co/0k5hu84qAy

We’ll leave you with this advice: