As you’ll know by now, the UK has become the first western nation to approve a Covid-19 vaccine, with the first wave due to be rolled out this week.

Comedian Bill Burr gave a ‘shout out’ to the UK (well, a bit of it) on Twitter but one of his fellow countryman appeared to be less than impressed.

And we’re glad he did because the comeback made everyone’s day better. Well, apart from his. 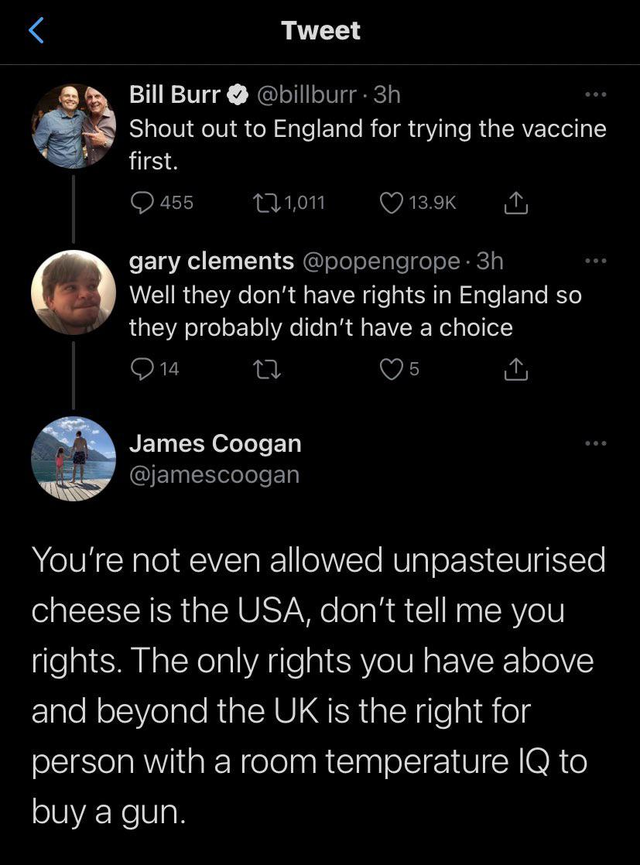 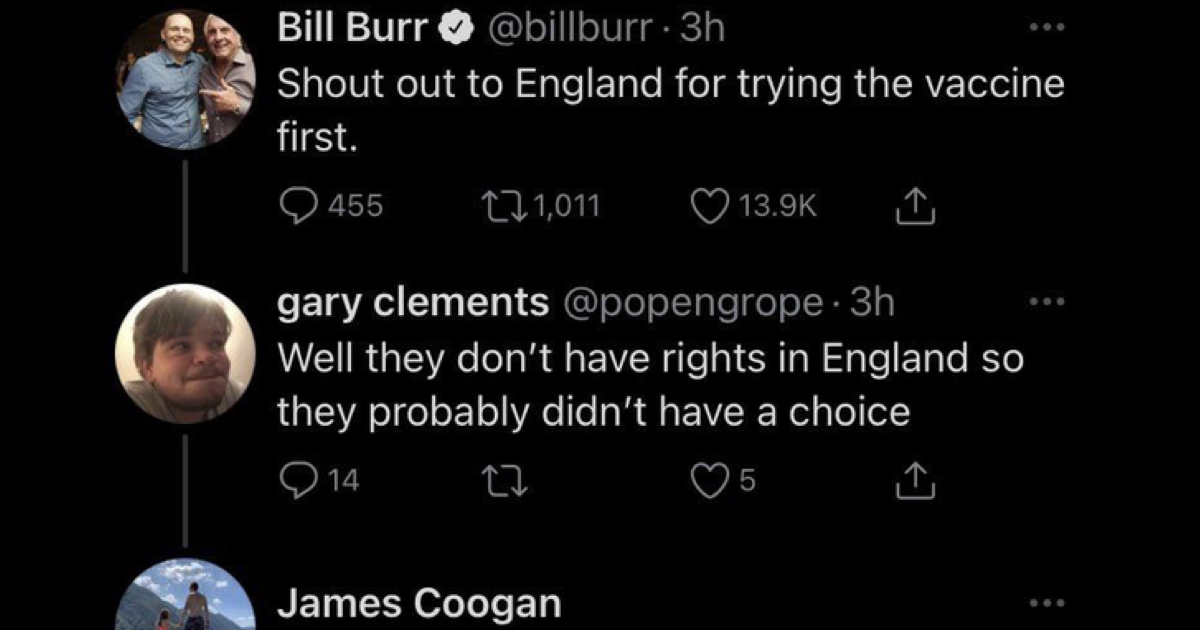 Boom! And just three of the comments it prompted after it was shared by MartJonathan over on Reddit.

‘No rights in England? Where do people get this shit?’ AFatalDoseOfMarmite

‘If it’s Celcius it’s an insult, if it’s Kelvin it’s a compliment.’ ElXablauNuclear