As you’ve probably seen by now, US president elect Joe Biden has fractured his foot playing with one of his dogs.

This never happened to Donald Trump because he doesn’t have a dog or indeed any pets, apart from his pet hates.

We only mention this because now Biden’s dog has sent a press release clarifying its role in the incident, shared by @canadianprguy over on Twitter and it’s just the light relief we needed right now. 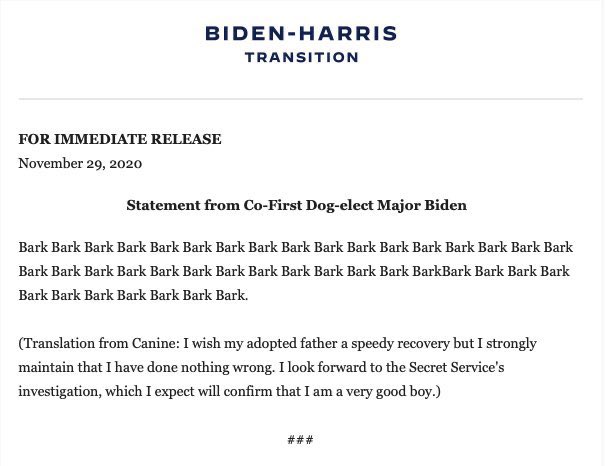 Not everyone appreciated it. Just the right people.

This is one of the best media releases ever. pic.twitter.com/DNNWHp9jR2