After the better part of a year fighting coronavirus and with a damaging Brexit just over a month away, the Chancellor’s upcoming spending review has been said to contain some shocks, including a pay freeze for the UK’s public sector workers.

Following in the wake of an announced pay rise for MPs of £3000, the news has caused understandable uproar, but an extra kick to the soft parts may be delivered if leaked news of a £29 million pot to run the Festival of Brexit turns out to be true.

The story went down like finding a used mask in your food delivery, and these tweets are a very good snapshot of what people have been saying.

The Government said they couldn’t find £20m to feed hungry children over the school holidays, but they can find £29m for a festival of Brexit. Something is very wrong about their priorities…

Me, happily planning a Festival of Brexit. pic.twitter.com/nNvxK61SeB 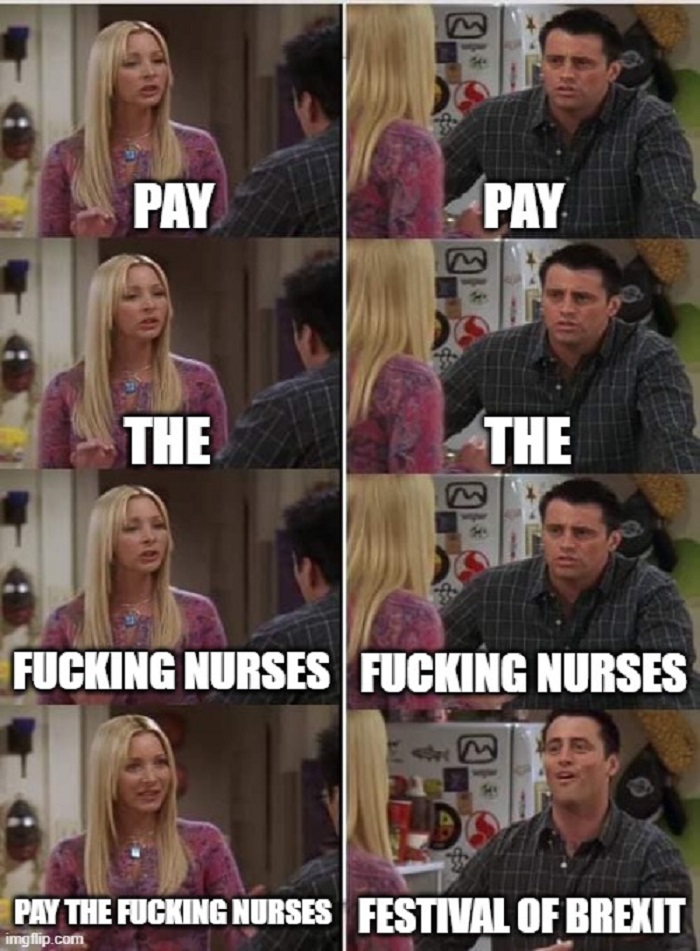 Nice. That’s the annual salary of over 1000 NHS nurses. Or a small pay rise for every single one of them. https://t.co/HKQC98dogD

“You’re not on the Festival of Brexit guest list and you look a bit foreign. On yer bike, son”. pic.twitter.com/5wDPZb0KxY

WHAT THERE ISN’T MONEY FOR:
Paying public sector workers

WHAT THERE IS MONEY FOR:
Celebrating the catastrofuck that’s wrecked our country https://t.co/IFiiHbgrMo

Government to spend £29 million on a Festival of Brexit in the #SpendingReview. pic.twitter.com/p4OuYlksIX

Ok, so it was worth starving those schoolchildren after all. Fair play.https://t.co/5BuY2zJOlV