With Donald Trump continuing to refuse to concede the election, there are probably more detailed examinations of what’s going on in America right now.

But as a snapshot this sums up it up pretty well. Plus it’s funny. 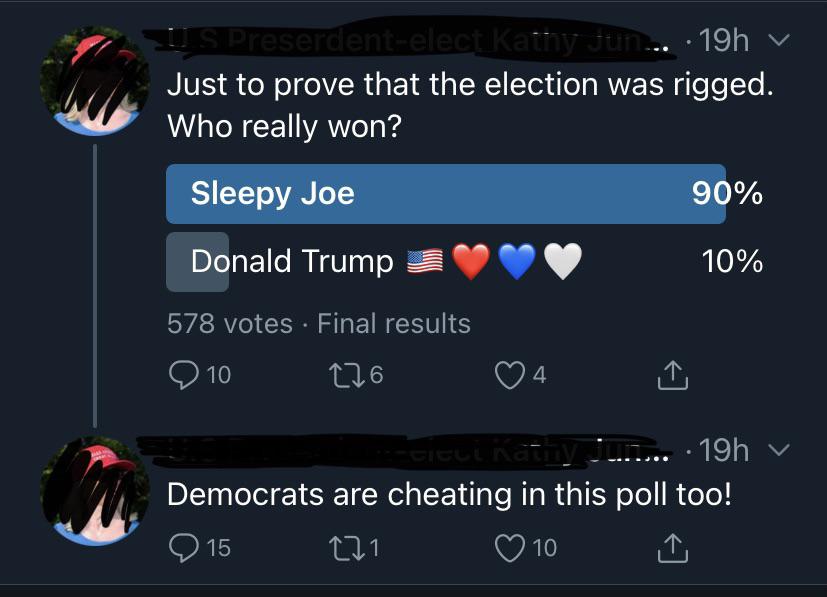 Of course they are!

‘Cheating just like they did in the election. By having more people vote for their thing.’ 5pl1t1nf1n1t1v3

‘We’re witnessing the greatest conspiracy in history. More than 77 million Americans conspired to steal the election from Trump by voting for Biden instead.’ ButterMyBiscuit

Tinder exchange of the week