With Boris Johnson‘s renewed insistence that he won’t extend the free school meals programme to cover holidays, the spotlight remains firmly on those MPs who voted against Labour’s proposal to do so.

The Conservative MP for Birmingham Northfield, Gary Sambrook, took to Twitter to vent his anger at being the target of some unflattering graffiti, presumably due to his vote. 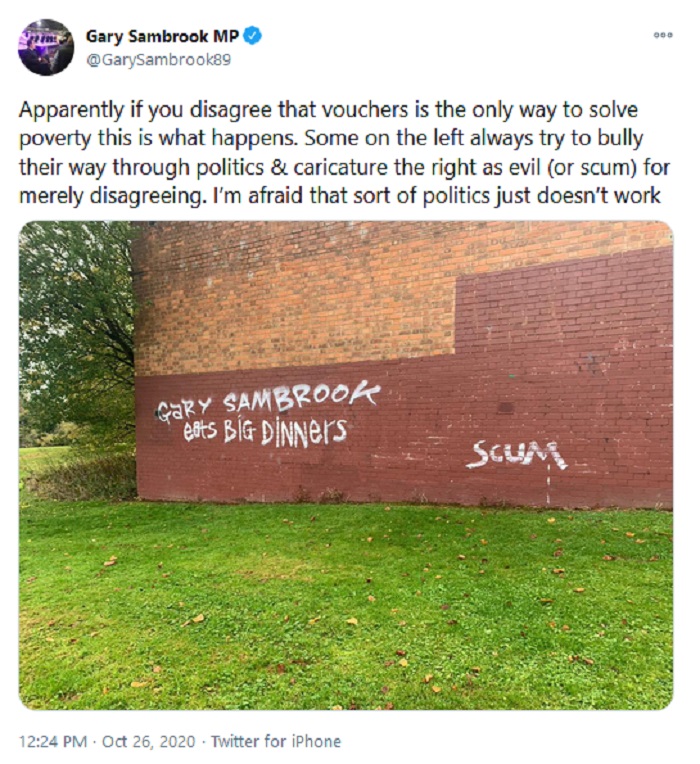 It probably wasn’t the smartest thing he could have done.

‘Gary Sambrook eats big dinners’ is like ‘Person, woman, man, camera, TV’ in that the longer you think about it and the more you hear or read it, the funnier it sounds.

I think this might be the best British graffiti of the 21st century so far. https://t.co/lWK8QiIvo9 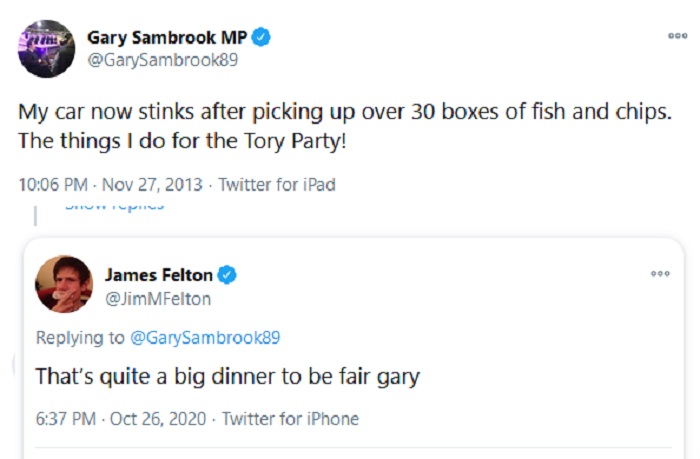 CAN YOU HELP ME? I WANT A DINNER AS BIG AS GARY SAMBROOK? pic.twitter.com/nkmc7ZQhmW

For fuck’s sake, Gaz, they wrote some words on a wall.

It’s not like they voted to deprive you of food over Christmas during a dangerous pandemic, you big-dinner-eating honker. https://t.co/SVq03vyykO

Leia: I love you.

— Grumpy is not missing the hell that is the commute (@DarthBruton) October 26, 2020

“The honourable gentleman says that his dinners are small and modest. Unfortunately the data shows that Gary Sambrook does indeed eat big dinners.” pic.twitter.com/9pq4X02rEO

I am 100% sure that Gary Sambrook has voted in this poll. pic.twitter.com/ldupiGToSh